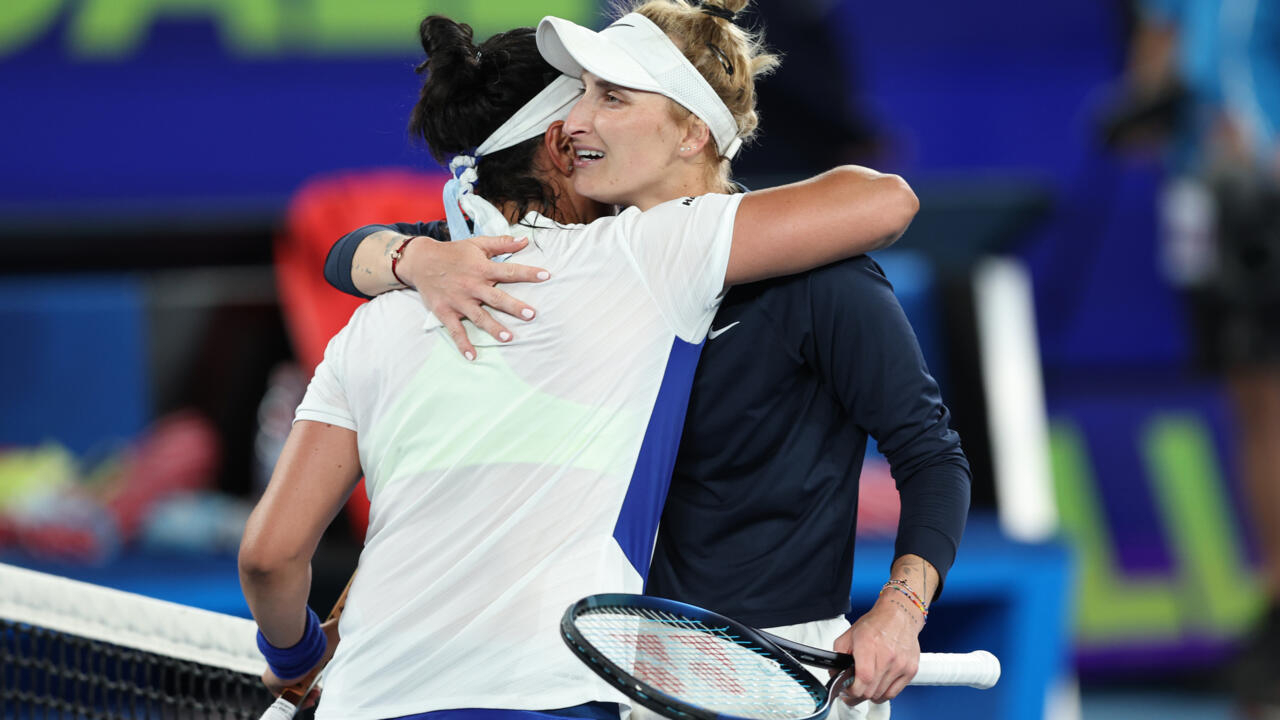 “I think she just got better, you know, in the second set,” Vondrousova said.

“She played some great points. I just tried to stay focused and play my game. And I’m so glad I got through it.”

23-year-old Vondrousova was ranked 14th in 2019 and is on her way to a comeback after an injury-heavy season that resulted in surgery on her left wrist.

“It’s always hard to come back after such a long time,” she said.

“I just started in November and I felt good and I did great,” said southpaw Vondrousova, who reached the last 16 at Melbourne Park in 2021.

“I’ve been working on my fitness a lot and I’m just really happy to be back at this level and be able to play these kinds of games.”

Jabeur had only fleetingly shown the form that took her to two Grand Slam finals during a shaky opening round win.

And in a nighttime match that didn’t start until 11:24 p.m. at Rod Laver Arena, she wrestled again.

Jabeur dropped her first service game against Vondrousova, who raced to a 3-0 lead.

Vondrousova had lost all three of her previous tour-level matches against Jabeur, but this was their first meeting on hard court.

The Czech again broke for 5-1 and secured the set in just 24 minutes of dominant tennis.

Jabeur, who missed last year’s Australian Open with a back injury, won trophies in Madrid and Berlin last year in a breakaway season that lifted her to second in the rankings.

She hit back at the start of the second set, but was broken again serving for the set at 5–3.

Jabeur then blew away a set point on Vondrousova’s next service game, but at 6-5 he created another chance and this time converted.

It was a rare moment to celebrate in a desperate performance without any spark against an inspired opponent who simply made fewer mistakes.

There was no denying Vondrousova and quickly secured a triple break in the final set for a famous victory.

It puts her in an all-Czech third round against Linda Fruhvirtova, the world number 82.

The post Jabeur knocked out as second seed at Australian Open appeared first on TBEN.