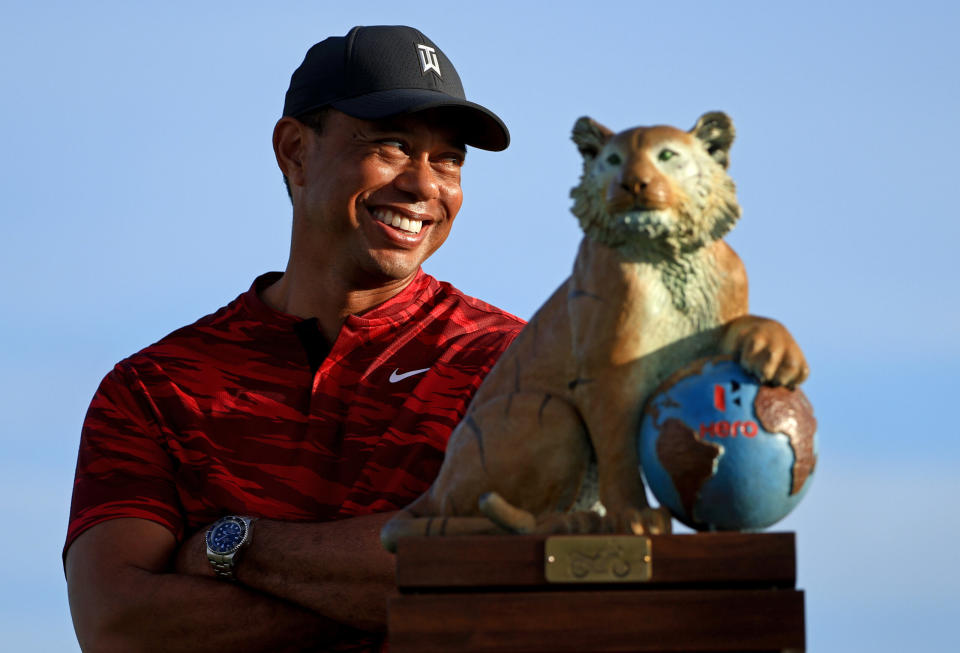 It’s been a big week for Tiger Woods.

On Monday, it was officially announced that he and Rory McIlroy will face Jordan Spieth and Justin Thomas in the latest edition of Capital One’s The Match. On Tuesday, it was reported that McIlroy finished second to Woods in the PGA Tour’s lucrative 2022 Player Impact Program. On Wednesday, Woods announced that he would be playing in his 2022 Hero World Challenge.

Last month, Woods announced the names of the first 17 players who will play in Albany, Bahamas, from December 1 to 4, including defending champion Viktor Hovland, World No. 2 Scottie Scheffler and former champion Jon Rahm (2018), Hideki Matsuyama (2016) and Jordan Spieth (2014). Woods, Kevin Kisner and Tommy Fleetwood complete the 20-player field for the event benefiting the Woods’ TGR Foundation, the Tavistock Foundation and the Bahamas Youth Foundation.

ALSO READ  Why is the Official World Golf Ranking so important to LIV Golf? And how do professionals qualify for majors?

Still recovering from a single-vehicle accident that nearly cost him his leg, Woods competed in just three events (all majors) in 2022.