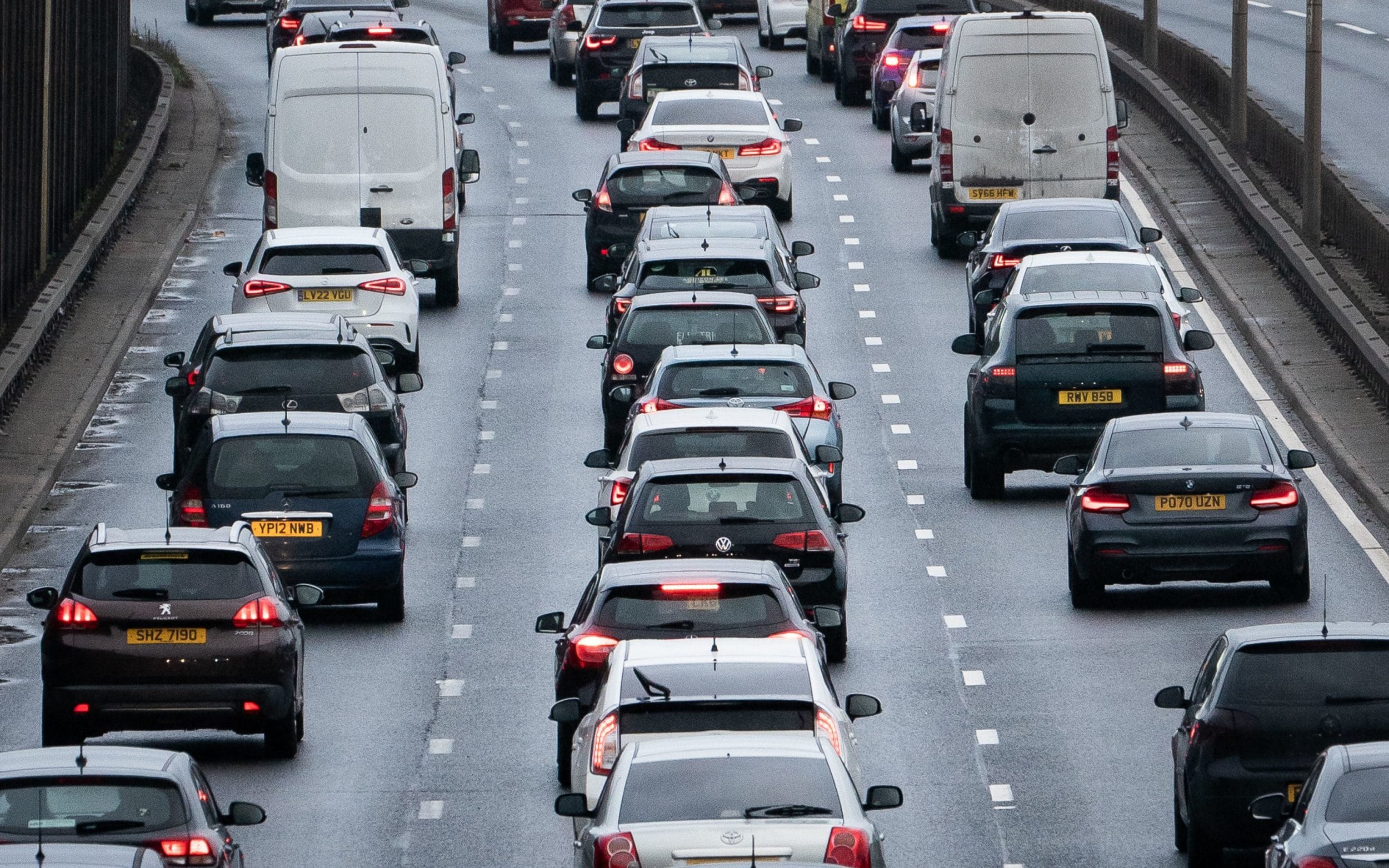 The Department of Transport said congestion will be twice as bad as current levels if self-driving cars become commonplace.

The findings are based on the possibility of connected vehicles – cars with their own internet access – and autonomous cars making up half of the car fleet by 2047, and a “rapid rise” of electric vehicles.

And according to traffic forecasts for England and Wales, delays could be as high as 85 per cent between 2025 and 2060.

Plans for major rollout in 2025

Self-driving cars do not require passenger input. There have been no self-driving vehicles registered for use in the UK since August last year.

However, that is expected to change soon as part of plans for a major government rollout by 2025.

As part of the plans, self-driving vehicles would not require anyone with a driver’s license on board, as they would be able to drive the entire journey themselves.

This, according to the report, would lead to more traffic by “increasing the mobility of the elderly and those who currently do not have a driver’s license”.

At the same time, “the ability to work or relax while traveling in a self-driving car” means that occupants will be “more likely to sit in traffic.”

The findings will come as a disappointment to motorists who lost an average of 80 hours to traffic jams last year, an increase of seven hours from 2021, according to analysis by traffic information provider Inrix.

London was found to be the most congested city in the world by 2022, with drivers in the capital spending an average of 156 hours in traffic.

The government has poured £100 million into its vision for self-driving cars to be rolled out by 2025.

“More in the future, for example, they could offer tailor-made connections from towns and villages in the countryside to existing public transport options in the area. They could also provide more immediate and timely services that enable people to better access vital services such as schools and medical appointments.”

Steve Gooding, director of the RAC Foundation, said: “There are currently 5.9 million licensees aged 70 or over in the UK, so we know the demand for mobility is there among senior citizens.

“For the foreseeable future, automated vehicles offer the tantalizing prospect of independence for the many millions more people who fall into the older age group, but for whatever reason – cost, medical constraints – are not currently driving.”

Mr. Gooding predicted that the way autonomous technology is deployed will be significant.

He said: “If everyone insists on having their own self-driving car, traffic volume and parking pressure will increase.

“However, if we are willing to access these vehicles on demand and relinquish personal property, we can have a win-win situation: quieter roads, fewer cars shared by many, and cheaper transportation.”

Autonomous functions on the horizon

Fully self-driving cars are not legal in the UK, but car manufacturers are developing autonomous features.

According to the Law Commission’s plans, drivers in self-driving cars will not be held legally responsible for accidents.

According to research commissioned by the government, opinion on transport innovation suggested that placing self-driving cars in separate lanes as a “performative safety measure” would allow the vehicles to become “easier” in public life.

A survey of 3,000 adults conducted by consultancy BritainThinks found that lane segregation was identified as a common requirement among the public to familiarize them with the safety of self-driving cars.

In August last year, the Department of Transport said it expected self-driving vehicles to be available for use by 2025.

Kaity Fischer, Vice President of Commercial at Wayve said: “Self-driving vehicles will be an integral part of a safer, more efficient and sustainable transportation system.

“Government models were based on the private ownership of self-driving cars, but here at Wayve we are optimizing our electric vehicle technology for fleet customers in sectors such as last mile delivery and shared mobility services.

“Self-driving vehicles, when used in electric fleets, will ultimately lead to faster travel times and reduce the number of vehicles on the road, reducing congestion and emissions.”

Ireland v France, Six Nations 2023: What time is kick-off and on which TV channel?