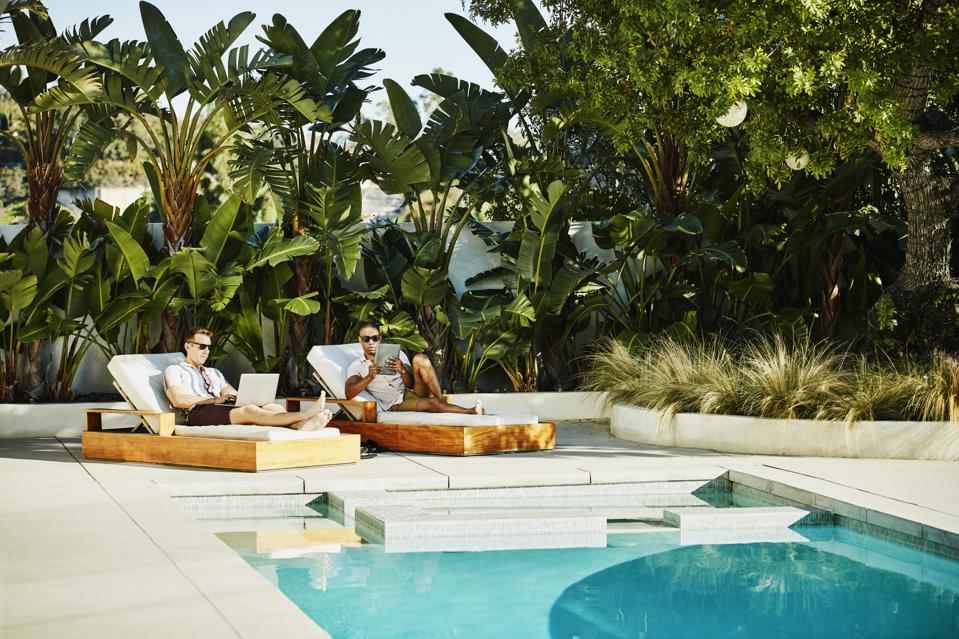 A clear travel trend emerging from the pandemic is that – for people who can work away from the office – more people are choosing to travel while they are working.

These so called “half tourists” and “workers” are a growing niche in the tourist market, but there are pitfalls and for some people the price may be too high.

Americans can finally use their vacations

Americans are generally not very good at or cannot afford vacation days (768 million days were not used in 2018), so theoretically the pandemic provided the perfect opportunity to do so. , once the WFH has become possible.

Workers can try out places far from big cities

Away from offices in expensive cities, the idea follows that people can now travel and explore the world (assuming open borders between countries or states) working from anywhere. They can live where they want, revive small towns and even choose a more rural life – and all this temporarily, if they choose.

Startups have emerged to offer longer-term rentals to working professionals – Anyplace offers monthly rentals (and has seen a peak towards rural areas).

A recent study by Tehama, a cloud-based software company, found that Americans had become more inclined to travel while working (from a sample already licensed to work from home).

Or head to new countries on a one-year nomadic visa

Start-up Coboat offers sailboat trips around the world for freelancers looking to see the world and many countries have quickly offered one-year visas for nomads around the world (Estonia, Barbados, Georgia, Croatia, Anguilla ) although there is normally a minimum income. must be eligible – € 3,504 ($ 4,154) per month for Estonia, for example.

Or jump from town to town

Rental companies report a clear tendency to travel while working remotely. Marco del Rosario, COO of VacationRenter, said that with companies increasingly allowing remote working, “tRavelers will likely start looking for stays in destinations they’ve always envisioned living in – or wanted to visit for an extended period of time – but previously couldn’t. Some may even consider adopting the nomadic life and chain rentals in several cities. ” He added that paid time off and working from home provide the opportunity to visit close friends and family.

In a survey conducted by VacationRenter, 65% of people said they were more likely to travel now that they worked remotely and 98% of people who had worked while traveling continued to do so.

Studies have been quick to find the most economical cities for digital nomads (think Lisbon, Baku, or Minsk) or the best places in the US to work from home – the University of Chicago currently points to San Jose, California , Washington, DC and Durham, North Carolina as having the largest share of home jobs possible. New York, Seattle and Austin also top the list.

Many companies now offer apartments for rent all over the world for medium to long term stays.

Or go from one office to another

Before the pandemic, freelancers used to pay monthly rents for offices or offices with companies such as WeWork. Now everyone with a desk and chair is offering a daily rate for clients who want to work in new locations. Hotels are proving to be a popular choice – workers can use the pool or other recreational facilities during lunch and many can offer good room rates if guests wish to stay longer.

Many EU startups are now operating in this space – connecting people looking for a stylish and ever-changing office to hotels that currently have no customers due to Covid-19. DayBreakHotels in Italy is one example, as is Tally in the UK, where the latter helps workers find space in cafes, restaurants and hotels. Even WeWork now sells office space Uber-style, on an hourly basis.

But companies pay people who work from home less

As reported by The Los Angeles Times, many companies are moving away from head offices and lavish campuses, rolling out permanent work policies from anywhere – like Facebook, Twitter, VMware, Stripe, and ChowNow.

In May, Mark Zuckerberg predicted that up to half of Facebook employees would work from home within five to ten years. And that means that many employers cut wages when workers decide to move to cheaper cities (a decision that is not without controversy). Some salaries have been cut by 10%.

The research note, How to reconstruct? of Deutsche Bank proposes to tax teleworkers more because they no longer contribute to the economy as before (use of transport, purchase of lunches and cafes).

Patrick McKay, professor of human resources management at Temple University, told Axios that working outside the office can exacerbate systemic racism because “there is less person-to-person contact” and the prejudices that we have. all stay with us when we are in our homes.

Some people in white-collar jobs explained that they had more free time to devote to their hobbies, while concurrent intercourse – as in the WSJ– suggest that Americans worked more because they didn’t have to commute.

This could lead to the “worst of both worlds”

The enviable life of working from the beach and posting to Instagram every day can soon turn into a puzzle. As reported by The New York Times, tax issues, red tape, wi-fi connectivity and, of course, closed borders (which often change from week to week) can make it seem far removed from the idyllic picture people have in their heads.

“They should have fun in their new and beautiful surroundings. But they can’t have fun, because work invites them. The anxious self-optimizing pingpongs between “Why am I not living my best life?” and “Why am I not killing him at work?”

The New York Times has a useful checklist for travelers looking to work and travel the world during the pandemic.