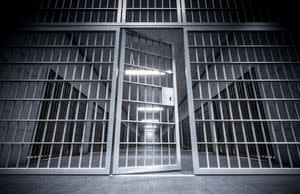 Belinda Maley says she replays the last conversation she had with her son Matthew Loflin in her head every day.

An audio recording reveals their conversation while Loflin was held in the Chatham County Detention Center in Georgia in 2014.

“I have to go to the hospital,” Loflin told his mother during the phone call. “I’m going to die here.”

Loflin had been arrested for drug possession and was awaiting his day in court.

While in prison, he complained of health problems and begged for help, according to his family.

“I’m coughing up blood and my feet are swollen,” Loflin said during the phone call. “It hurts.”

Despite his cries for help, Loflin did not receive proper medical care for a heart condition while in prison, according to a report from a two-pronged Senate investigation.

The Chatham County Sheriff’s Office said Loflin was sent to the hospital where he died.

Loflin’s family filed a lawsuit against the prison health care provider and other officials at the time, but the case was dropped in 2019, according to court records.

Maley came to Capitol Hill to share her story with lawmakers and spoke to our Washington News Bureau for her public testimony.

“He begged me to help him get out because he knew he was going to die and he didn’t want to die there,” Maley said.

Loflin’s story exemplifies hundreds of deaths a year in jails or prisons, according to a new report just released by the Senate Permanent Subcommittee on Investigation.

The findings show that the United States Department of Justice (DOJ) failed to report at least 990 deaths in prisons or prisons across the country last year and failed to provide complete information on deaths from custody.

Those understated deaths were reported at the state or local level, but not at the federal level, affecting the information given to members of Congress.

The report says this means the DOJ has not effectively followed the Death in Custody Reporting Act (DCRA).

“This failure, in turn, undermined Congressional transparency and oversight of deaths in custody,” the report said. “DOJ’s failure to implement DCRA has robbed Congress and the American public of information about who dies in custody and why. This information is critical to improve transparency in prisons and prisons, and to identify trends in custodial deaths that may warrant corrective action…”

The death of Jonathan Fano also came up in the investigation.

ALSO READ  Reward of up to $5,000 offered after identification of body found at school in Miami-Dade

According to the report, Fano was arrested in Louisiana in October 2016 after acting erratically during a mental health episode.

Fano was arrested and held at East Baton Rouge Parish Prison, where he was denied psychotropic medication to treat his mental illness, according to the Senate report.

Fano committed suicide in February 2017 while in custody.

Our Washington News Bureau spoke to his sister Vanessa Fano, who also came to Capitol Hill to be a voice for her brother.

Lawmakers held a hearing Tuesday and questioned the DOJ about the reporting errors.

“What the United States is allowing under our watch to happen in prisons, jails and detention centers across the country is a moral disgrace,” said Senator Jon Ossoff (D-GA), chairman of the Permanent Subcommittee on Investigation. “We found that implementation of this law has failed in recent years and across multiple administrations, despite clear internal warnings from DOJ’s own Inspector General and DOJ’s Bureau of Justice statistics.”

The DOJ testified about collecting data on custody deaths, but pointed to challenges under current law.

“We believe that collecting data on deaths in custody is a noble and necessary step towards a transparent and legitimate justice system,” said Maureen Henneberg, Deputy Assistant Attorney General for Operations and Management in the Office of Justice. Programs for the DOJ. “The current process deserves a reappraisal.”

The DOJ says it is working to improve state data collection.

“We can no longer collect data directly from state and local agencies like we once did,” Henneberg says. “We are working hard to get more comprehensive reporting from states and continue to help states improve reporting.”

The families we spoke to say they are determined to prevent others from suffering the same loss.

“As I stand here, I am reminded that Jonathan will not return home,” Fano said. “The only thing that can really necessarily be done is try to make sure this doesn’t happen to others again.”

“If they’re in jails or in prisons, they’re still people and they have rights,” Maley said.