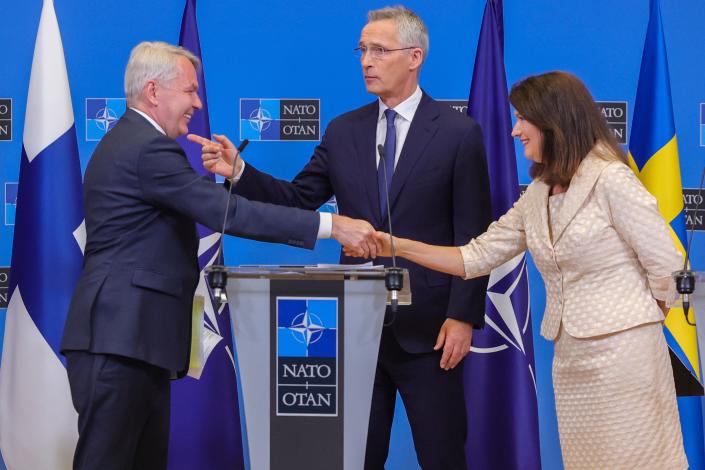 The bipartisan show of support for Finland and Sweden’s accession to NATO is a direct response to Russia’s invasion of Ukraine, an act of aggression that has alarmed US and European officials. The vote was 95-1.

Finland’s and Sweden’s bid to join NATO will require approval from all other NATO countries, a process that could take months and which, when completed, would grant Article Five protection to the two historically neutral countries.

Meanwhile, the countries are considered NATO partners and have participated in military exercises with the US and other NATO countries.

The document now goes to President Joe Biden’s office. He must sign the resolution twice before the State Department can apply the US seal to make it official. State Secretary Antony Blinken will also sign the document.

Washington had promised swift ratification of the resolution and the US hoped to lead NATO nations in welcoming the European nations to the alliance. But partisan arguments over unrelated expense accounts messed up the process. The United States is currently on track to become the 22nd country to complete the process.

Olofsdotter said the expansion would increase security in the NATO alliance. “We make it easier or less burdensome for the United States or any other NATO member to defend Northern Europe because we add security,” she said.

Want to know more? This is what you missed

‘A KICK IN THE GUT’:Finland and Sweden’s quest to join NATO, a defeat for Putin, a victory for the West

‘A CRITICAL MOMENT FOR OUR SAFETY’: Finland, Sweden apply for NATO membership driven by security fears over Russia

UCAS Clearing 2022: How to Get a Last Minute College Place...