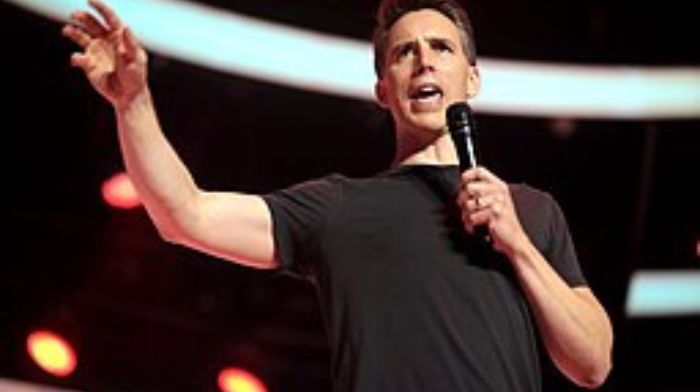 It was a great week for Republicans and Democrats coming together in solidarity – with the Senate’s overwhelming approval for the inclusion of Sweden and Finland in NATO. This comes on the heels of Speaker Nancy Pelosi’s trip to Taiwan, where Republicans also joined hands with their Democratic counterparts in a rare sign of near-universal agreement.

It is a pity that we cannot get the same kind of cooperation on internal affairs, but I think we have to choose two sides where we can get it. However, one senator opposed the pack and voted no; Republican Senator Josh Hawley of Missouri. (Technically two, if you count the current vote of Senator Rand Paul.)

There must always be one rocking the boat; in this case, Senator Hawley gladly accepted that role. Is he going against the grain to keep his name relevant for a possible presidential run, or does he think we should perhaps focus our efforts elsewhere?

Between infrastructure, gun security, CHIPs and the PACT Act, all passed in less than a year, I can’t recall a period of so many great and substantial bipartisan achievements for Congress.

In an op-ed, Senator Hawley explains the reasoning behind his no vote, summarizing:

“NATO expansion would almost certainly mean more US troops in Europe in the long run.”

Hawley, a proponent of former President Trump’s support, believes that other countries should bear their share of the weight to ensure stability in the world. As Mr Hawley further states:

“Until our European allies make the necessary commitments to their own national defense, we must not endanger American lives in Europe as we allow China’s power to grow unchecked.”

It is fair to note that as Russia continues its campaign to envelop Ukraine and push it further west, China has been building its capabilities. What is Mr. Hawley so concerned about?

ALSO READ  What Happens Next in the New York Attorney General's Investigation?

Let’s take a short trip to the other side of the world to see what he’s talking about.

McConnell on measure to admit Sweden/Finland to NATO: If a senator seeks a defensible excuse to vote no, I wish him the best of luck. This is a slam dunk for national security that deserves unanimous bipartisan support.

The enemy in our backyard

Speaker Pelosi’s recent trip to Taiwan has angered China, and there is no doubt that China’s recent live fire drills in response are a sign of things to come. The question is, when will their aggression reach a turning point?

China has been trying to undermine our efforts for a long time, and more covertly than we have seen in the past. For example, I recently reported on how China has been gobbling up land here in the US, near strategic military installations.

In 2019, the Department of Agriculture reported that China had purchased more than 192,000 acres of U.S. farmland. Combined with their attempts to infiltrate our higher education institutions and build military capabilities, you could argue that we have been engaged in a soft war with China for many years. But unfortunately we don’t seem to be winning.

Speaking of winners and losers, a recent war game pitting the United States against China in the event of a Chinese invasion of Taiwan had us at best caught up in a protracted war and, at worst, a nuclear engagement with the Asian superpower.

ALSO READ  Republicans are already giving up on Pennsylvania Oz

mr. Hawley discusses this in his op-ed when he writes:

“…more than three decades after the fall of the Soviet Union, the geopolitical landscape is different. Russia is still a threat, but the Chinese Communist Party is a much bigger one.”

The counter-argument, however, is that NATO expansion gives strength to both Russia and China.

So…when will Sweden and Finland pay NATO for everyone?
those Decades in which they refused to participate?

They have enjoyed regional protection for almost 60 years.

RELATED: Chinese Firms Have Quietly Acquired Billions in U.S. Farmland: What You Need to Know

The overwhelming support of Republicans was a victory for Senate Leader Mitch McConnell (R-Ky.). Senator McConnell said of the vote:

“There is no doubt that admitting these robust democratic countries with modern economies and capable, interoperable militaries will only strengthen the most successful military alliance in human history.”

Both countries are already participating in NATO missions, and Finland is indeed meeting the weak target of 2% GDP spending on defense requirements. mr. McConnell goes on to argue:

“Even closer cooperation with these partners will help us counter Russia and China. Their accession will make NATO stronger and America safer.”

It’s hard to see any tangible way adding Sweden and Finland will counteract China. And Russia isn’t too happy with the idea, declaring in June that if the two countries join NATO, they will place nuclear weapons along their northwestern border.

“The real question today is whether adding two capable and strong nations to our mutual defense pact will make us stronger or weaker.”

China is a communist government that oppresses its own people and wants world domination.

We must be concerned and attentive to their hold on land, marijuana production and idea theft in the US – they are not here for our benefit. pic.twitter.com/6br79B9zDd

I sometimes get some flak for my stance on foreign policy. But as a military woman who has spent 20 years in uniform, I believe in a strong and deadly defense.

I have no love for communists or oppressors, and I believe that we should always radiate strength when it comes to our adversaries, especially Russia and China. The problem is that we are in no way willing to go to war with China, let alone China and Russia.

Let’s not forget Joint Base Langley-Eustis’s recent Diversity, Equity, and Inclusion Summer Festival, which I’m sure our Chinese and Russian counterparts were shaking in their shoes.

Langley-Eustis Joint Base, reportedly hosting a drag show on Saturday, to kick off the inaugural “family-friendly” “Diversity, Equity, & Inclusion Summer Festival” outside Langley Airforce Base in Virginia. The US military has woken up. Our enemies laugh. – GatewayPundit pic.twitter.com/QLuS9u8l1I

I partially agree with Mr Hawley when he ends his op-ed about the changed geopolitical landscape 70 years ago with:

“…a truly strategic American foreign policy—one that focuses on this country’s strategic interests now, rather than on the world of years ago—must embrace and prepare for this reality.”

Hopefully soon we will start preparing for what is inevitably just around the corner. Otherwise, we may be stretched too thin on promises we can’t keep.

RELATED: The Truth Behind Military Brass Incompetence and the System That Perpetuates It