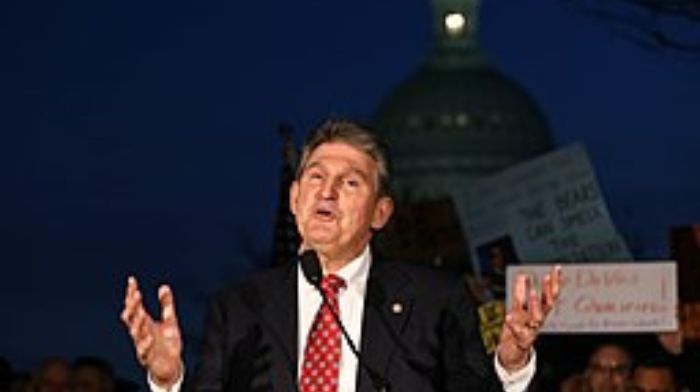 West Virginia Democratic Senator Joe Manchin surprised his colleagues and outraged Republicans this weekend by revealing his approval of a new repackaged and renamed Build Back Better-lite bill. Manchin and Senate Leader Chuck Schumer got together after weeks of arguing over the bizarrely dubbed ‘Inflation Reduction Act’.

The bill is expected to raise an estimated $313 billion in a decade, while reportedly not raising taxes on ordinary Americans. This would be good, given that the president and Democrats have pledged not to tax those of us earning less than $400,000.

The Schumer-Manchin Act (the “Inflation Reduction Act”) would raise taxes by more than $16.7 billion by 2023 for households with incomes less than $200,000.

However, data indicates that taxes will rise for ordinary Americans like you and me. As hard as Senator Manchin and the White House try to deny it, it’s hard not to look at the numbers and scratch your head.

A lesson in economics

I give it to the White House and Capitol Hill; economics can be boring, but it’s super important if you want to be an effective policy maker.

Data from the impartial Joint Committee on Taxation showed that this bill would increase taxes by more than $16.7 billion by 2023 for those earning less than $200,000. Economists who are paid a decent amount to do the tedious work of economic analysis assume that companies will pass a portion of their 15% tax increase in this bill to employees.

This data runs counter to Manchin’s claim that this would not raise taxes at all, as he has tried to reassure people during recent media outings.

HARRIS: “You mean Mitch McConnell and others in the Senate are wrong…that US taxes aren’t going up…?”

This passage will take the form of a cut in wages after taxes and employment. As William McBride, vice president of Federal Tax and Economic Policy at the Tax Foundation explained:“You have to divide the corporation tax over someone.”

McBride continues to point out that “it falls on a mixture of [stock] owners and employees and they are all across the income scale.” This statement is true, and economists argue that shareholders are sure to take a hit with this bill due to stock holdings declining to include them in retirement plans.

Yet some argue that these economists and tax experts are wrong.

Talking about a ‘Gotcha kind of thing’

A spokesman for Senate Treasury Chairman Ron Wyden said families “will not pay a cent in additional taxes under this bill.” The spokesperson went on to say that the projection, “does not include the benefits for middle-class families of making health insurance premiums and prescription drugs more affordable. The same goes for clean energy incentives for families.”

Steve Rosenthal, a senior fellow at the Unbiased Tax Policy Center, adds that the forecasts are “more of a gotcha thing,” arguing as evidence that the president and Democrats pledged not to tax Americans under $400,000. to deserve straight away.

Given that the bill includes $369 billion for energy and climate initiatives, I’d say the bill was definitely a “gotcha,” but not in the way Mr. Rosenthal intended. I gotta tell you, this $369 billion stinks… literally.

A portion of the $369 billion in this bill is earmarked for tackling “ruminant enteric methane emissions.” What exactly does that mean?

To translate, it means the intestinal methane emissions from animals such as livestock.

Let’s take a trip down memory lane to a document from the office of Democratic Representative Alexandria Ocasio Cortez that was later withdrawn that said:“We’ve set a goal of reaching net-zero rather than zero emissions in ten years’ time because we’re not sure we’ll be able to get rid of farting cows and airplanes that quickly. “

This document was related to the Green New Deal, so I suppose AOC and her cow-farting countrymen got what they wanted, at least in part. As communications director Patrick Creamer said to Republicans on the Senate Agriculture, Food and Forestry Committee on this bill:Americans struggle with high prices at every turn — the grocery store, the gas pump, even utilities at home — and yet Senate Democrats want them to pay billions for green new deal programs that were outright rejected when they were first proposed.

Try to explain this at home

Senator Manchin said of Build Back Better that “If I can’t go home and explain, I can’t vote for it.”

So I’m curious how the senator will explain his support for this bill that will impose a 7.2% tax increase on the coal industry, higher than any other industry given that his state is the second largest coal producer in the country.

The second hardest hit industry in the bill is the auto and truck industry, up 5.1%. What an interesting coincidence.

Even the Wall Street Journal rejected the bill in its editorial board, calling it the “Business Investment Reduction and Distortion Act.”

Now all eyes are on Democrat Senator Kyrsten Sinema of Arizona. Will she stop this bill, or will she fold like her “moderate” friend Senator Manchin?

It’s hard to say. A spokesman for Senator Sinema said she will wait to “review the text and see what comes out of the parliamentary process”.

This could be your moment, Senator Sinema. Who knows, maybe Senator Manchin hopes deep down that it will be her moment too