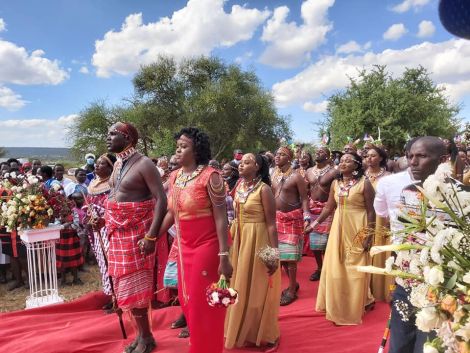 It comes just months after he divorced his first wife, Beatrice, and then kicked her out of their marital home.

On the photos seen by TBEN.co.ke Senator Lelegwe’s wedding had an elegant white theme, mixed with traditional elements from the Maasai and Samburu cultures.

Senator Samburu Steve Lelegwe and his wife Irene Nakae at their wedding in Kajiado County on November 21, 2020

The venue had modern white decor while the bride was dressed in a red dress while her groom wore traditional moran attire, including sandals.

The ceremony brought together hundreds of friends and families of the couple, including local politicians.

The imposing four-story red and blue cake stole the show at the reception as the couple toast together for a bright future.

The marriage was symbolic of the cordial relationship between the Maa communities of the North and the South. 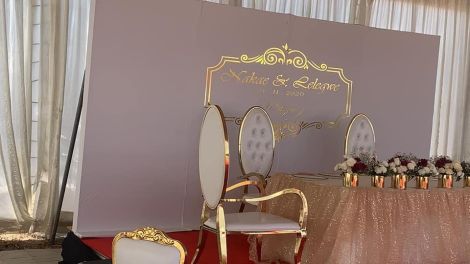 The senator’s previous marriage was marred by drama ending in a bitter divorce in March 2020.

His first wife, Beatrice, a mother of three, said she and her children were forced to move to a small house in Kangemi, Nairobi County.

She protested that Lelegwe had moved in with his girlfriend to their matrimonial home in Nairobi.

Lawmakers, on the other hand, have denied neglecting their children in any way.

He however admitted to leaving his wife and said he would marry his girlfriend by the end of the year. 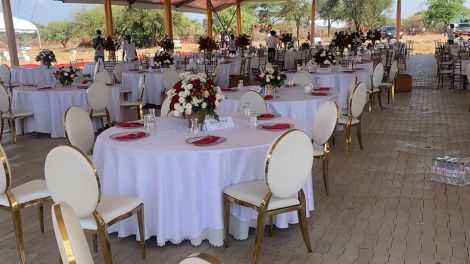 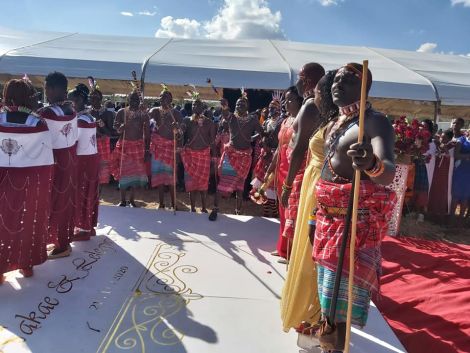 The Bharat Express News - December 2, 2020 0
He was seriously injured in a bicycle accident shortly after moving to New Jersey for a new job leading an HIV / AIDS research...