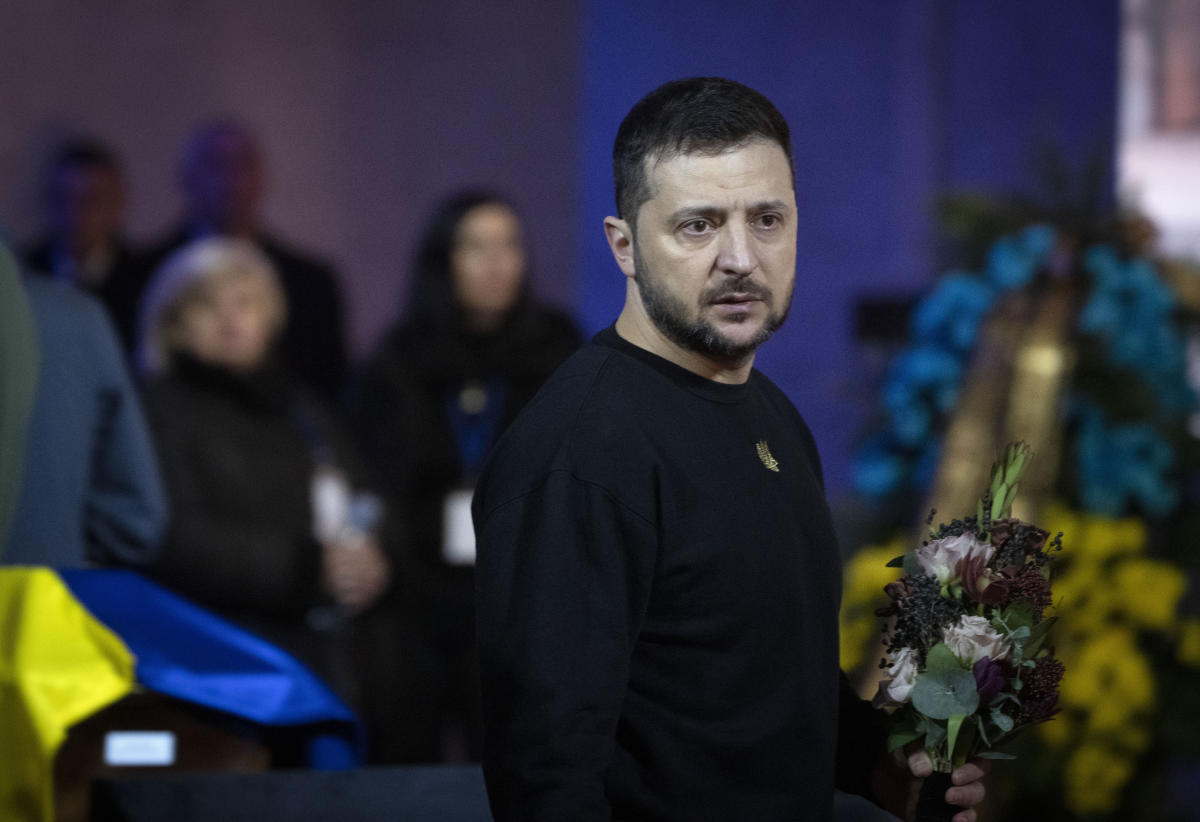 LYIV, Ukraine (TBEN) — The deputy head of Ukraine’s presidential office resigned on Tuesday after Ukrainian President Volodymyr Zelenskyy promised to initiate a personnel change amid allegations of high-level corruption during the war with Russia.

Kyrylo Tymoshenko asked to be relieved of his duties, according to an online copy of a decree signed by Zelenskyy and Tymoshenko’s own social media posts.

Neither gave a reason for the resignation.

Tymoshenko joined the presidential office in 2019, having worked on Zelenskyy’s media and creative content strategy during his presidential campaign.

Zelenskyy had promised personnel changes in the government, regional administrations and security forces after allegations of corruption emerged after the Russian invasion last February.

Tymoshenko was investigated last year in connection with his personal use of luxury cars. He was also one of several officials linked last September to the misappropriation of more than $7 million in humanitarian aid destined for the southern Zaporizhzhia region.

He has denied all allegations.

Zelensky vowed to oust corrupt officials in comments on Sunday, when a deputy minister was fired for being part of a network that embezzled budget funds. Ukraine’s infrastructure ministry later identified the fired official as Vasyl Lozynsky, a deputy minister there.

In his nightly video address, Zelenskyy said Ukraine’s focus on the war would not deter his government from cracking down on corruption.

ALSO READ  Khanna: Davos is 'more of the problem' -- It's 'cosmopolitanism for elites' that citizens forget

Zelenskyy, who came to power in 2019 on an anti-establishment and anti-corruption platform, pointed to suspicions over energy and military purchases.

He said that with the resignation of the secretary of state he intended to “send a signal to anyone whose actions or behavior violate the principle of justice”.

“I want to be clear: there will be no return to what used to be,” Zelensky said.

Oleksandr Kubrakov, the infrastructure minister, said Lozynsky was relieved of his duties after Ukraine’s anti-corruption agency detained him while receiving a $400,000 bribe for helping to resolve contracts related to restoring infrastructure facilities battered by Russian rocket attacks.

A statement from the National Anti-Corruption Bureau of Ukraine described Lozynsky as part of “an organized criminal group involved in the misappropriation of budget funds”.

It said its detectives were working to identify the other members of the group.

Russian shelling overnight killed one civilian and wounded two others near the eastern city of Bakhmut, the epicenter of fighting in recent months, regional governor Pavlo Kyrylenko said on Tuesday.

He said the victims all lived in the same house, which was directly hit by artillery.