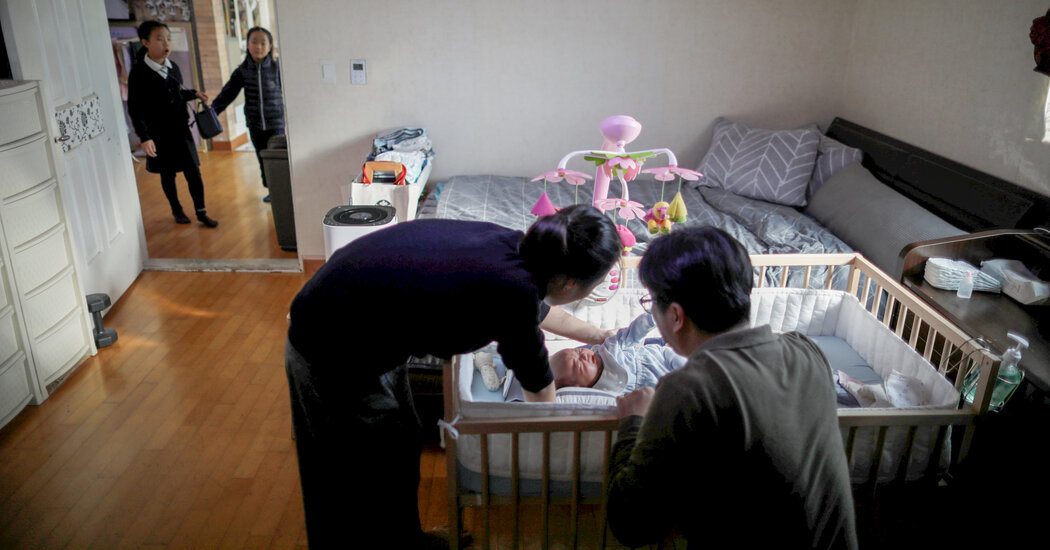 South Korea’s gender pay gap is the highest among its 37 member countries, according to a 2017 report by the Organization for Economic Co-operation and Development. Working women earn nearly 40 percent less than men, and many stop working when they have children, often under pressure from their families and the workplace.

Other countries in the region, including Japan – which also has an aging population and low birth rate – have large gender disparities, especially when it comes to pregnancy. In Japan, the term “matahara” (short for harassment during childbirth) spread when allegations of workplace harassment of a woman after giving birth were heard by the country’s Supreme Court in 2014.

These declining populations pose a threat to the economies of countries, which makes it all the more important that governments exercise caution in inducing women to have children.

Last year, South Korea’s population shrank for the first time in history, dropping by nearly 21,000. Births fell more than 10.5% and deaths rose 3%. The Home and Security Ministry acknowledged the alarming implications, saying that “in the face of the rapidly falling birth rate, the government must undertake fundamental changes in its relevant policies”.

While the Seoul government may have fumbled in its advice, the backlash, some say, has proven attitudes are changing.

“This is just outdated advice,” said Adele Vitale, an Italian expatriate and born doula who has lived in Busan, a port city on the country’s southeast coast, for a decade.

Ms Vitale, who works primarily with foreign women married to Korean men, said that while Korean society has traditionally viewed pregnant women as “incapable”, it has increasingly seen their husbands adopt more egalitarian views on the subject. childbirth and education of children.

“ One village, one policy ”: China remains local to fight the COVID-19 wave