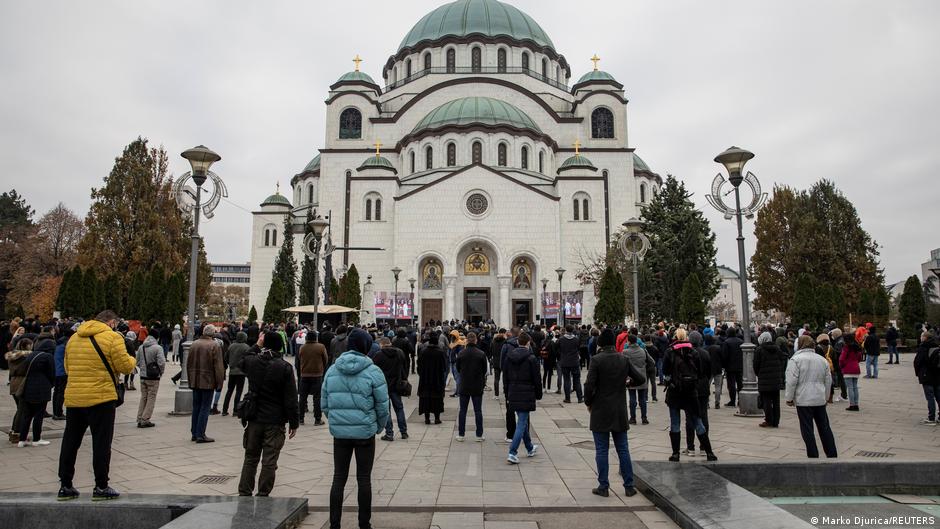 On Sunday, people thronged the streets of Belgrade for the funeral of Serbian Orthodox Church Patriarch Irinej, who died after testing positive for COVID-19.

Mourners were seen kissing the glass shield covering the remains of the patriarch, despite warnings from Serbian epidemiologists as well as church leaders ahead of Sunday’s funeral.

The 90-year-old spiritual leader and his number two have died from the virus in Serbia, whose population of seven million is overwhelmingly from the Orthodox Church.

ALSO READ  An ode to Grayshott, one of the first spa hotels and now a big victim of Covid

Many of the mourners and most of the priests who held the funeral service in the temple of St. Sava in the Serbian capital, Belgrade, did not wear masks and did not respect social distancing inside the church.

Irinej died on Friday, three weeks after attending the funeral of another cleric who also died of complications from COVID-19 in neighboring Montenegro. There, mourners are said to have kissed the remains of the chief lying in an open coffin.

ALSO READ  Are we heading towards a second lockdown and what are the new UK rules?

Serbian authorities have warned that hospitals are running out of beds. The small country has recorded more than 116,000 cases of COVID-19, with more than 1,100 deaths.

“I’m ready to say that without Irinej it would have taken several decades to complete this temple,” said Vucic.

Patriarch Irinej wielded considerable political influence in the Balkan country and was known for his criticism of Western policies in the Balkans and the close ties he developed with the Russian Orthodox Church.

“ Vaccines are not worth zero Covid, ” WHO warns as jab deployments begin