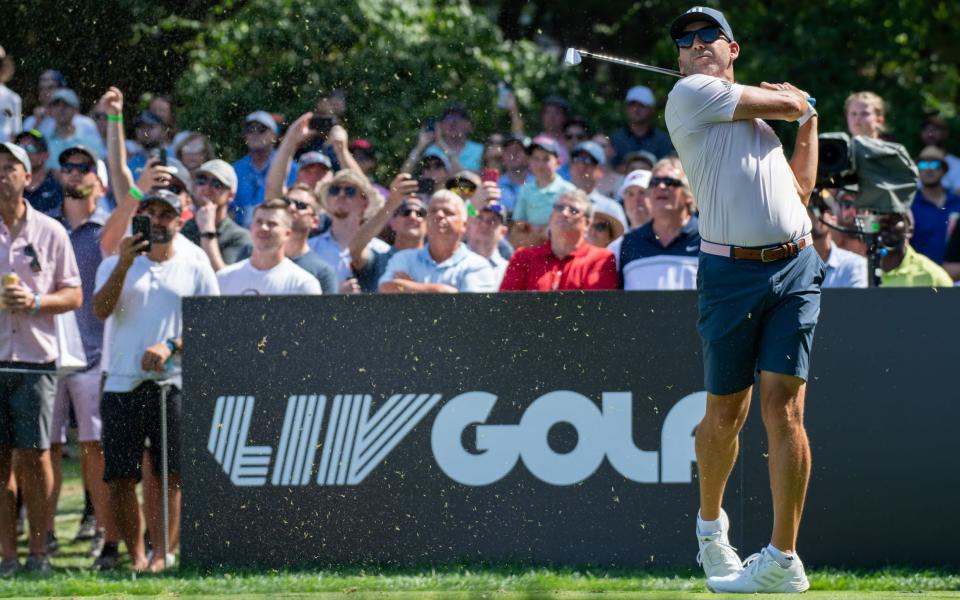 Keith Pelley, the DP World Tour chief, has lashed out at Sergio García for claiming the European circuit is “going to be the fifth best in the world”.

In a passionate press conference here on the eve of the BMW PGA Championship, Pelley — who has largely kept his own council in the game’s bitter civil war — came out waving at the Saudi-funded rebel circuit, accusing the LIV Golf Series of spreading. “misinformation” and posting “deliberate attempts to sabotage the story”.

And the Canadian, without mentioning García, made no secret of his disdain for the Spaniard’s comments about the DP World Tour, which lagged not only behind LIV, but also the Asian Tour and the Korn Ferry Tour, the feeder circuit for the PGA Tour.

“One of our players said we are on our way to becoming the fifth best Tour ever. Wow – he actually said. One of our members. unbelievable. Let’s look at the facts. If the statistics determined that the best tours in the world are just money, the number 1 tour would be the PGA Tour. Always been. You could argue that the LIV Invitational Series is No. 2.

ALSO READ  Fall Golf: What You Need to Enjoy Golf in Fall

Pelley was later asked if he had spoken to García about the beating, but despite the 2017 Masters champion being one of 15 LIV contracted players here in the field for the Tour’s flagship. “I probably haven’t had a dialogue with him for five or six weeks,” he said. But there can be no doubt that García, among others, has turned Wentworth’s headquarters upside down

“The… request to the players was to please show no disrespect to the Tour, which gave you a platform to build your career; disrespect by constantly echoing LIV’s talking points and reacting negatively to our tour,” Pelley said.

“Some players have followed that request perfectly. However, others have not behaved that way and that is my biggest personal disappointment in recent months.”

Lee Westwood is another Ryder Cup hero who has joined LIV but is playing here in his 29th BMW PGA Championship. He was also highly critical of the “strategic alliance” with the PGA Tour, calling the latter “bullies” and rejecting the “new” deal that will see the top 10 non-exempt players at the end of the DP World Tour series. standings earn full playing privileges on the US circuit.

Pelley finally wanted to draw a line under the so-called “Malta affair”. García and Co believe the Tour should have accepted a bid from Golf Saudi in 2021 that they maintain would have amounted to more than $1 billion and that the Wentworth headquarters could have been set up as serious rivals to US dominance. Pelley has denied this before, but never in such strong terms.

“There’s only one word to describe that claim, and that’s ‘fictional,'” he said. “I really don’t know how many times I can make this point. You can ask any member of our board of directors, and they will unanimously confirm it wasn’t an offer, it wasn’t a deal, it was just a commissioned marketing presentation from Gulf Saudi.

“I am often asked, why can’t we partner with both the PGA Tour and the Saudis. We tried. But the Saudis remain determined to set up a new series outside the current ecosystem. That decision has sparked the conflict.” created that we see today and we have chosen to partner with the leading Tour in the game. Some people may not agree with that decision. But it is a decision that we believe is the right thing to do for all our members. The benefits of such an alliance for each and every one of the 326 players on the DP World Tour, not just a small fraction of the 48.”