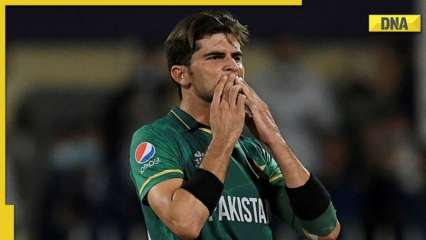 Pakistan’s pace leader Shaheen Shah Afridi has been given a two-week rehabilitation period after hurting his right knee during the T20 World Cup final against England in Melbourne.

The 22-year-old had to leave the field as he seemed a little uneasy after grabbing England batsman Harry Brook in the 13th over of the England chase.

“Pakistani fast bowler Shaheen Shah Afridi has been given two weeks of rehabilitation after he landed awkwardly while taking the catch from Harry Brook at the 2022 ICC Men’s T20 World Cup final in Melbourne,” Pakistan Cricket Board (PCB) said in a statement. .

ALSO READ  Michael Chandler can bag another title with win vs. Dustin Poirier, 'Dana White Privilege' or Not

“The scan performed on Monday morning prior to the team’s departure to Pakistan confirmed that there were no signs of injury and that the knee discomfort was likely ‘due to forced knee flexion during landing’.”

Afridi had suffered a ligament injury in his right knee during a test match against Sri Lanka earlier in July but had managed to make the team for the T20 showpiece.

On Sunday, Afridi had returned to the field and attempted to bowl the 16th over, but was unable to finish.

“The scans were discussed between PCB’s Chief Medical Officer, Dr Najeebullah Soomro, and Australian knee specialist, Dr Peter D’Alessandro, and it was reassuring to know there was no injury. The fast bowler with the left arm feels better and is in good spirits.

ALSO READ  Manika Batra makes history, becomes the first Indian woman to reach the semi-finals of the TT Asian Cup; everything you need to know

“Shaheen will undergo a rehabilitation and conditioning program designed to strengthen his knee at the National High Performance Center a few days after returning to Pakistan.” Afridi, who took 11 wickets in seven matches during the T20 World Cup, is likely to miss the home Test series against England and New Zealand in December-January.

Fantasy Football Week 13 Care/Don’t Care: The Dallas Cowboys have everything they need to be a Super Bowl contender