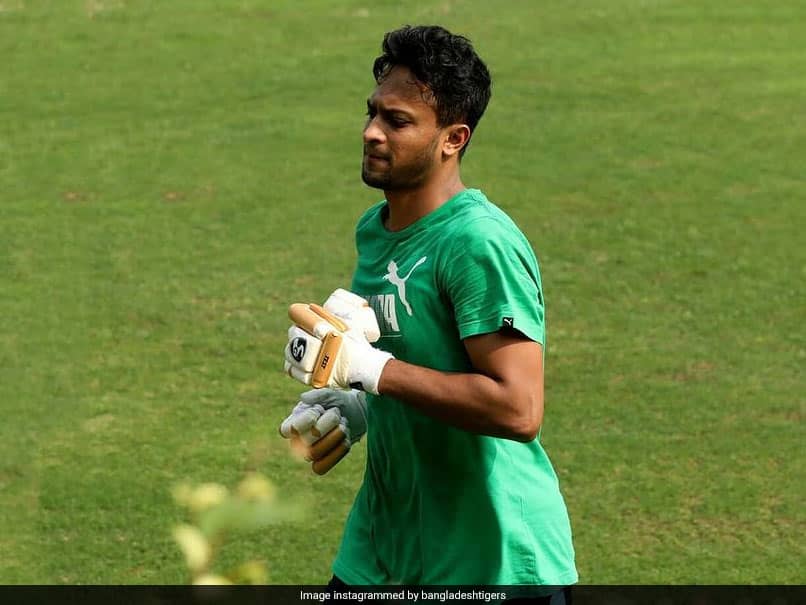 All-around Bangladesh player Shakib Al Hasan has apologized on Facebook for today’s events at a Dhaka League match – a Bangladesh T20 national tournament -. Shakib apologized to his fans for losing his temper, kicking stumps, then throwing them to the ground, and arguing twice with the refs, in just two overs. He wrote: “Dear fans and followers, I am extremely sorry that I lost my temper and ruined the game for everyone and especially for those watching from home. An experienced player like me does “shouldn’t have reacted that way but sometimes against all expectations it unfortunately happens. I apologize to the teams, management, tournament officials and the organizing committee for this human error. I hope I did not will not repeat this in the future. Thank you and I love you all. SAH. “

Videos of Shakib went viral on several social media sites where he was seen aggressively kicking and uprooting stumps, followed by altercations with the referees.

Representing his team Mohammedan Sporting Club against Abahani Limited at Sher-e-Bangla National Stadium, Shakib lost his temper for the first time after a front leg appeal was denied, which resulted in the all-rounder to kick the stumps.

Who is it?
Is it Shakib al Hassan? pic.twitter.com/kk69rdyyod

On the second occasion, Shakib could be seen uprooting the stumps and crushing them to the ground in protest when the referees called off play due to rain after 5.5 overs.

Shakib was upset because a D / L method would have come into play if 6 overs had been played.

5.5 overs played
The Dls method would have come into play after 6 overs! This is why Shakib was frustrated to throw another ball. And also the referee did not give a pellet LBW!
Maybe Shakib smelled something fishy! Because repair is nothing new in DPL# DPLT20 #DPL #ShakibAlHasan #Abahani pic.twitter.com/viCzCUTKHl

In a revised D / L target, Abahani needed 76 points in nine overs, but only managed 44/6 as Sporting won by 31 points.