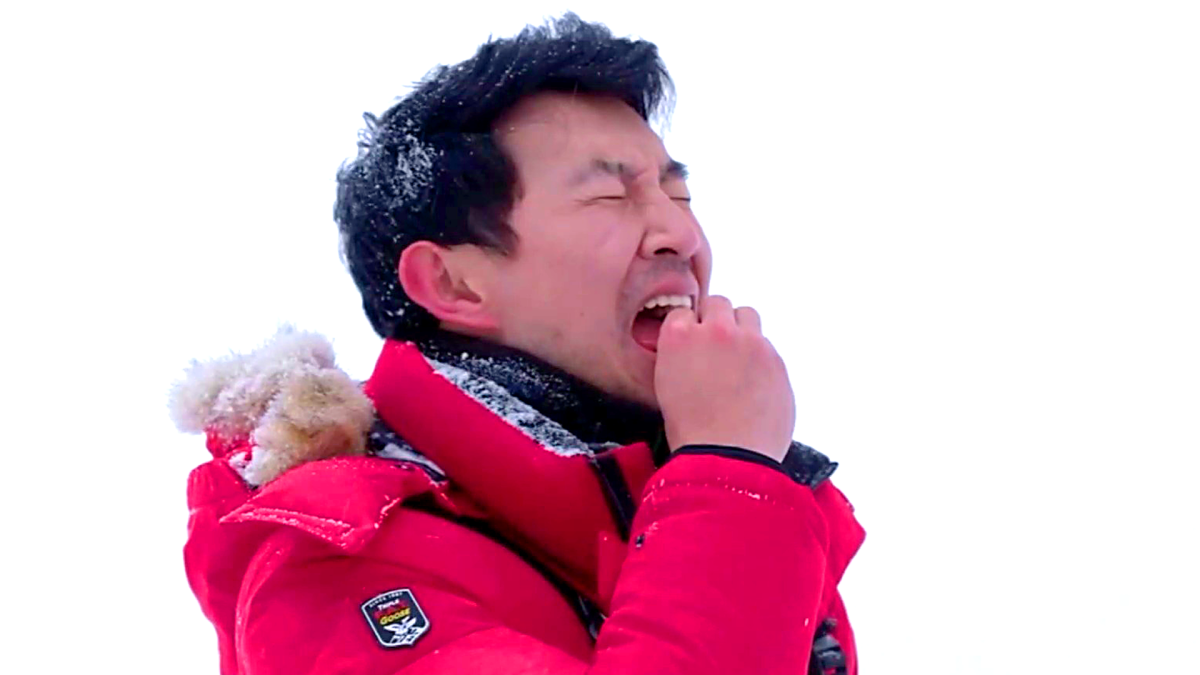 Things got pretty dirty on Running Wild with Bear GryllsMonday, when Simu Liu used his mouth to resuscitate a maggot. since the Shang-Chi and the Legend of the Ten Rings star was in the snowy Canadian Rockies, the only fishing bait available was frozen maggots. To revive one of the insects, he placed it under his tongue until it started moving again.

“It’s really cold for a while, and you think it’s like a little piece of ice, and then it just starts wriggling around,” Liu explained, “Yeah, that’s not nice to feel in your mouth.”

Liu’s disgust was rewarded when the maggot was used to catch dinner.

“So we just caught a fish,” Liu said. “Bear wrestled it out of the water and then just beat it to death in front of my eyes.” He shook the leftover frozen maggots in his hand and added, “And I don’t have to eat these anymore!”

ALSO READ  Demi Lovato talks about pronouns: 'I feel more and more feminine, which is why I adopted her/her again'

Despite eating a whole fish, Grylls insisted on adding the maggots to any stew he was making. Though it sounded disgusting, Liu admitted, “It’s pretty good.”

Watch as Bachelor Nation can’t believe a contestant is using a dying dog to get ahead: