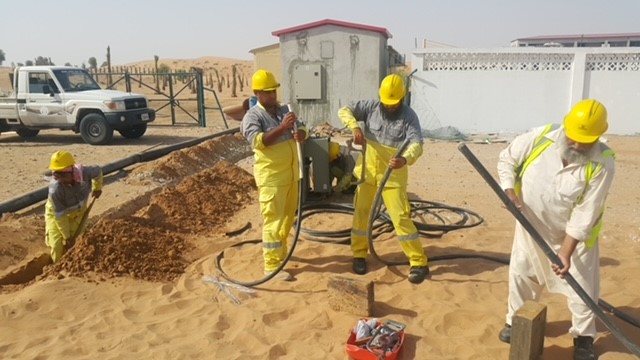 The emergency teams of the Sharjah Electricity, Water and Gas Authority dealt with 85 complaints from subscribers in the central region during the three days, which witnessed heavy rains due to the depression in the region. Malfunctions or power outages, and the reports varied between malfunctions of lighting poles and electrical transformer distribution boxes for the areas affiliated to the administration in: Al-Zubair, Al-Bataeh, Tahal, Nizwa, Ibn Al-Rasheed, Qata, and Hamda.

The Director of the Central Region Department, Engineer Khalifa Muhammad Al Tunaiji, confirmed that the technical teams dealt with the faults in record time, and the outage did not exceed half an hour for other categories of subscribers.

He pointed out that no report of power outage was received from the residential areas due to the studied management plan by changing the energy feeders to ensure that there is no power outage in the residential areas, as it is a priority for the regions, and the industrial and commercial areas were controlled by 99%, and no report of power outages was received from the areas Governmental (municipalities – schools – police stations – hospitals) and services in these facilities were 100% operational.