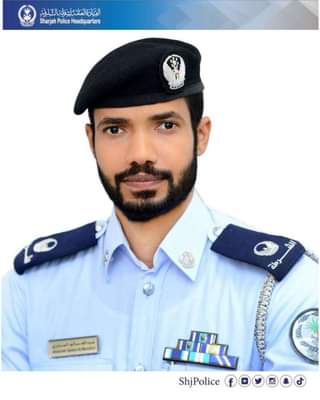 The General Command of Sharjah Police called on drivers of vehicles who are exposed to minor accidents, without injuries, to take their vehicles off the road, and stop them outside or on the shoulder of the road, or at the nearest safe point, in order to preserve their safety and the safety of others on the road.

Major Abdullah Al-Mandhari, Head of Traffic and Patrols Section at Sharjah Police, explained that some motorists stop completely in the middle of the road, due to a minor traffic accident, which does not result in injuries or significant damage to the vehicle, and may put their safety and the safety of others at risk of another traffic accident. Or what causes obstruction to traffic, delaying the arrival of police and rescue patrols to the scene of the accident.

Major Al-Mandhari called on motorists not to gather in the places where accidents occur, in order to avoid being exposed to traffic violations, explaining that it is a negative phenomenon that exacerbates injuries and deaths, and obstructs traffic, pointing out that the violation of obstructing traffic is “gathering” during accidents in Article No. (74). From the Traffic Law, it is 1000 dirhams.

An employee asks her colleague for 1.2 million dirhams as a good loan