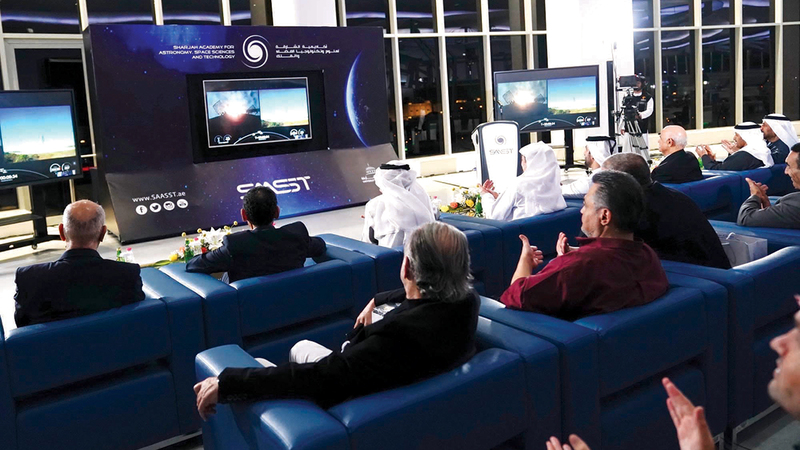 The Sharjah Academy for Space and Astronomy Science and Technology at the University of Sharjah announced that it had received its first communication signal from the cubic satellite “Sharjah-Sat-1”, after it reached its orbit around the Earth at 10:02 am the day before yesterday.

Sharjah-Sat-1 is the first cubic satellite launched by the Academy on January 03, 2023, as part of a series of cubic satellites that the University of Sharjah intends to launch in cooperation with a number of national institutions and bodies in the Emirate of Sharjah. The project team at the Academy prepared to receive the first communication signal from the satellite after it reached its orbit.

The “Sharjah-Sat-1” was separated from the spacecraft loaded with it, and then reached low-earth orbit, 550 kilometers from the Earth’s surface.

Then it started operating its sub-systems gradually, completing a complete orbit around the Earth, which took 90 minutes from the beginning of the satellite’s separation from the vehicle.