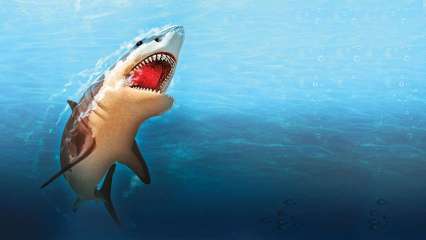 In what can only be called unfortunate news, a man has died after being bitten by a shark on a popular beach on Australia’s northwest coast, authorities said on Sunday.

The incident took place at Cable Beach, on the northwest coast of Australia.

“Police can confirm the man is tragically dead,” Western Australian police said in a statement.

According to TBEN, the man was recovered from the water and treated by local police before the arrival of the St. John Ambulance, but the man tragically died from injuries inflicted by the shark.

ALSO READ  If Dean Jones had played today he would have been in demand in T20 cricket: Sachin Tendulkar | Cricket News

Due to the shark attack, beaches have been closed from Dampier Creek to Coconut Wells.

It should be noted that shark attacks are rare on Cable Beach. This particular beach is a popular tourist attraction, with a 22 kilometer (13 mile) stretch of pristine white sand adjacent to the town of Broome.

Local authorities have advised people at the beach to exercise caution and report any shark sightings to police.

With the death of the man, the number of fatalities linked to shark attacks has risen to eight in Australian waters this year. To put it in perspective, last year there were deaths from shark attacks

US house supports decriminalization of cannabis in landmark vote