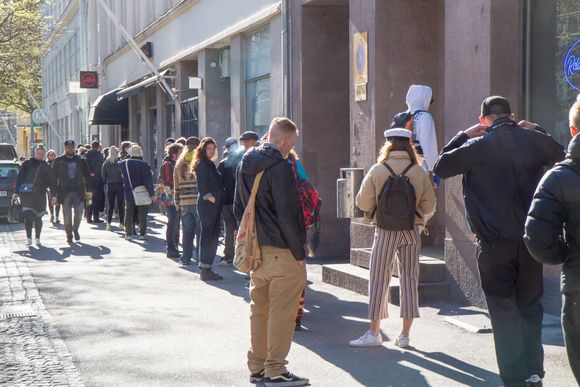 Public alcohol retailer Alko has been very busy last year. Due to coronavirus restrictions on travel and bars, Alko’s position as a liquor salesman has improved significantly, which has been reflected in his earnings.

“In keeping with our mission, we do not seek to sell as much alcohol as possible or maximize our bottom line. However, profitable operations are important,” said the CEO. Leena Laitinen said Thursday.

The rise in profits last year will also boost dividends paid by the company to its owner, the state. While the annual dividend has held steady at 30 million euros in recent years, the board of directors of the company plans to increase the dividend to 60 million euros this year, the highest ever paid to the funds of the state.

According to the company, sales increased in almost all product groups. The largest increase in liter sales was seen in rosé wines (up 40 percent), followed by white and red wines (up 15 to 17 percent). Sales of premixed drinks, beers and ciders, which fell as a result of the alcohol reform, went into positive territory. Only sales of liqueurs and other low-alcohol spirits declined in 2020.

Despite the strong growth, liter sales were still somewhat below the peak of 2017. However, higher sales and net profits indicate that the company is selling more expensive and profitable products than before.

Alko has long been the leader in alcohol buying, but it lost its status to grocery stores in 2008, and since then the gap has steadily widened. Alko’s market share is now 37%, compared to 45% for other stores. Personal imports, for example from ferry trips to Estonia or Sweden, were also a big part, but that almost evaporated last year due to Covid restrictions.

A day earlier, the Institute for Health and Welfare (THL) reported that alcohol consumption in Finland fell 5% in 2020 year-on-year, the most statistical drop strong since 2012. This was mainly due to a decrease in passenger imports from abroad. , It said.