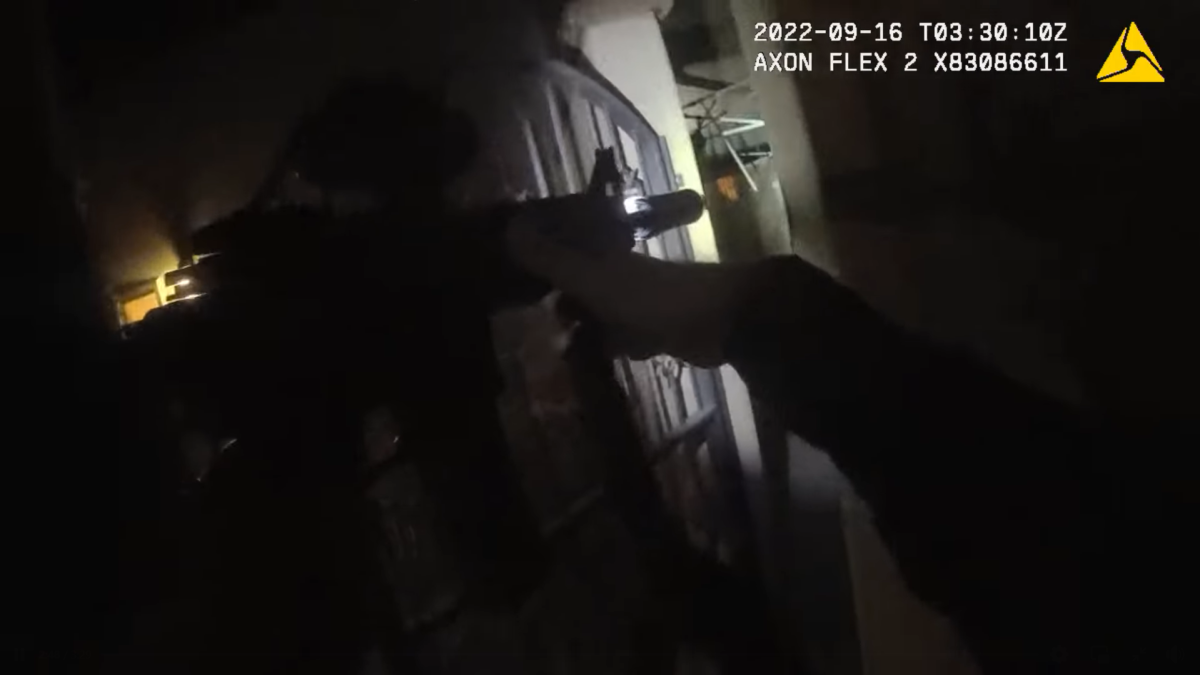 The Mohave County Sheriff’s Office on Thursday released an edited fragment of body-camera footage in which a Kingman police officer fatally shot a man fleeing law enforcement in September after being detained on pending arrest warrants.

Police arrested 36-year-old Marcus Fuentes around 8:15 p.m. on September 15 when Fuentes jumped out of his car, triggering a chase. Police later found Fuentes hiding behind a pillar in the courtyard of a retirement home, the Sheriff’s Office said.

Body camera footage shows Officer Mike Morris, an eight-year veteran with the unit, pointing a rifle at the pillar and ordering Fuentes to get out.

“I know you’re there,” Morris is heard to say. “Come out with your hands up. You have a warrant for a crime. I believe you are armed.’

Morris continues to order Fuentes to come out with his hands up when Fuentes threatens to shoot himself.

Another officer says to Fuentes “show us your hands, mate”, but Fuentes refuses.

An officer tells Fuentes “It doesn’t have to be that way,” to which Fuentes replies, “Well, it will be.”

Footage from Morris’ body camera shows Morris taking a few steps back and a single shot fired a few seconds after Fuentes’ answer. Police say Fuentes “made a stealthy move”, although Fuentes is not in view of Morris’s camera when Morris fires.

Police provided first aid to Fuentes before he was taken to a local hospital where he was pronounced dead. The Mohave County Sheriff’s Office is investigating the shooting and will submit its findings to the Mohave County Attorney’s Office for review.

Morris has since been placed on administrative leave following the shooting, as is standard protocol.

Chances of Val Demings to beat Marco Rubio in Florida, according to polls

The Bharat Express News - October 4, 2022 0
Royalist is The Daily Beast's newsletter for all things royal and royal family. Subscribe here to get...