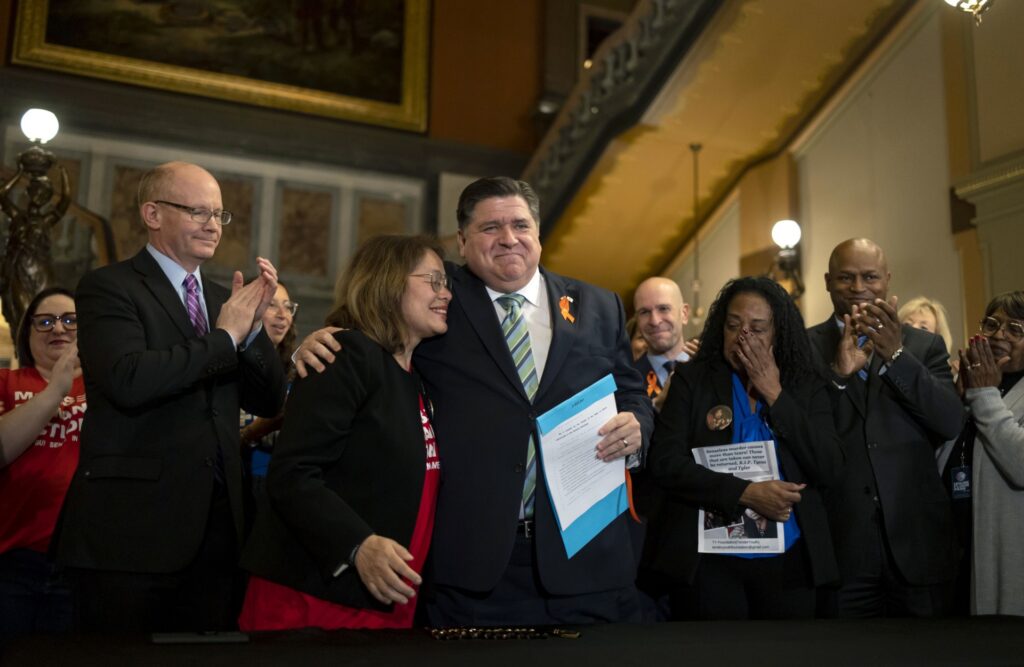 Sheriffs in 80 Illinois counties are making it clear they will not enforce the ban on “assault weapons.” Democrat Governor JB Pritzker signed into law Tuesday.

Breitbart News reported that the “assault weapons” ban targets general-owned semiautomatic rifles and requires those who already own such rifles to register them with the Illinois State Police.

Pritzker’s office issued a statement following his signing of the bill. It highlighted the registration requirement: “The new law also requires existing owners of semi-automatic rifles to register their ownership so law enforcement knows where these weapons of war are located and who should be held accountable if they fall into the wrong hands.”

Edwards County Sheriff Darby Boewe quickly made it clear that he will not enforce the ban.

Boewe released a statement that said, among other things:

Part of my duties that I accepted when I was sworn in was to protect the rights granted to all of us in the Constitution. One of those enumerated rights is the right of the people to KEEP and CARRY ARMS provided under the 2nd Amendment. The right to keep and bear arms in defense of life, liberty and property is regarded by the people as an inalienable right.

He referred to the ban on semi-automatic rifles as “a clear violation of the Second Amendment to the United States Constitution.”

On January 14, 2023, the Lake & McHenry County Scanner reported that 79 other Illinois sheriffs have taken a position similar to Boewe’s, refusing to enforce the “assault weapons” ban.