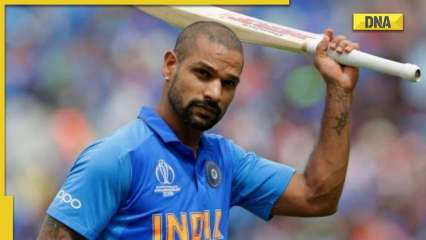 Batter Shikhar Dhawan will lead India in the upcoming ODI series against South Africa on home soil, sources from India’s Board of Control for Cricket told ANI. The captaincy will be handed over to Dhawan as T20 World Cup tied players are likely to rest, the sources added.

READ: Dasun Shanaka reveals how CSK inspired his team to win the Asia Cup final despite losing the toss

The eighth edition of the ICC T20 World Cup will take place this year from October 16 to November 13 in Australia. In addition, VVS Laxman is likely to join the team as a coach in the absence of head coach Rahul Dravid, she added.

The action then shifts to Lucknow on October 6, where the ODI series kicks off, where Shikhar Dhawan will lead the squad. Ranchi and Delhi will host the second and third ODI on October 9 and 11, respectively.

UFC Vegas 61 Odds, Betting: How Dern vs. Yan to attack

The Bharat Express News - September 27, 2022 0
MINNEAPOLIS -- Police say they are investigating what they believe would be the 67th murder of the year after a...

Head of State: The UAE-Oman relations are historically fraternal and have...