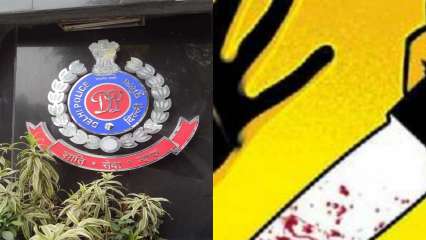 In a shocking incident, a pregnant woman of Kyrgyz origin and her one-year-old son were found murdered in Delhi on Tuesday morning, police said. Police say the bodies were found at the home of a friend of the deceased in the Kalkaji area, southeast of Delhi.

The deceased have been identified as Myskal Zhumabaeva (28) and her son Manas. The two bodies were found on the bed with stab wounds to the chest and other body parts, Delhi police revealed. At the time of her death, the woman was five months pregnant.

Myskal Zhumabaeva lived with her son and her husband Vinay Chauhan in the posh settlement of Grand Kailash south of Delhi, police said. They had been married for over two years and had a 13-month-old son who was also found dead. The police report suggests the husband runs guesthouses in Delhi.

The bodies of the woman and her son were found at her friend’s house in Kalkaji. According to police, her husband Vinay Chauhan made the PCR call after being informed of the death by his friends over the phone. One murder case has been registered and further investigation is underway.

The preliminary investigation revealed that the woman had argued with her husband on Monday evening about his hospitalization.

She had complained of pregnancy-related stomach aches that night and wanted to go to the hospital for a checkup.

After the argument, the husband left her at his home in Greater Kailash and went to meet his friend Wahid, the officer said.

ALSO READ  In the alleged suicide of clairvoyant Narendra Giri in UP, 3 disciples arrested

That same night, Myskal called her friend Matluba Madusmonova, who then took her to the hospital with her friend Avinash.

According to the police, friend Matluba Madusmonova is an Uzbek national and resides in the Kalkaji region south of Delhi.

After visiting the hospital, Matluba took the woman and child to his residence in Kalkaji where both were found dead.

Important role of the Indian Navy in the Indian Ocean region: Rajnath Singh

Does the flu vaccine affect the effectiveness of the COVID vaccine?...