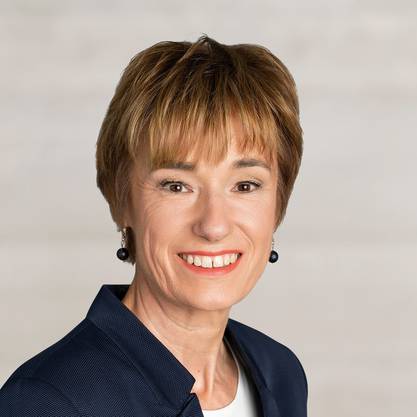 Football matches with full stadiums, trips without quarantine, visits to nightclubs and restaurants without fear of contracting the coronavirus: the positive news from vaccine research fuels the hope of a return to normalcy soon. And they give new impetus to a debate that has been simmering for some time: Should people who have antibodies due to infection or who are vaccinated against Covid-19 benefit from some relief if it is certain that they will be immune? for a certain time? Do you need an immunity card, some sort of corona passport?

Aargau CVP national advisor Ruth Humbel can imagine it, as she said about the TeleZüri “Sonntalk” program. While it is certain that a vaccination will also prevent infection, she believes that during large events such as football matches, for example, only people immune to the coronavirus may be allowed in. The president of the National Health Commission (SGK) proposes the same rules for travel or access to clubs. “Anyone who is vaccinated would have more freedom,” Humbel says. She plans to discuss her ideas at SGK or submit a proposal.

Are there deliberate infections?

The introduction of a corona pass raises a number of controversial questions. How do you make sure that such a certificate does not protect the non-immune from discrimination and serves the common good? Despite these concerns, an immunity card meets with popular approval. This is what a study published a few days ago in the magazine “Swiss Medical Weekly” shows. The Geneva University Hospital interviewed a good 1,400 people in the canton of Geneva. About two-thirds said that an immunity card should be offered to the population if immunity was guaranteed. Genevans find this type of identity document particularly useful for air travel and border crossings, but also for participating in major events. 49% even advocated making immunity cards mandatory. However, two-thirds also feel a risk of discrimination. And nearly a third fear that a corona pass could trick people into intentionally contracting the virus and thus get a free ticket to participate fully in social life.

Professor Idris Guessous is the chief physician of the polyclinic of the CHU de Genève. The study co-author does not recommend or advise against a corona immunity card.

Our job is to gather facts to help politicians make the best decisions.

Ethical objections, potential unequal treatment of the immune system, and non-moods also concern Guessous. It is clear to him: if an immunity card is introduced, accompanying measures are needed so that it is also acceptable to people without antibodies, so that it benefits society as a whole.

Guessous does not believe that immunity cards should be used a priori to attend sporting events such as football matches. However, he can imagine that in such a scenario, non-immune people could safely attend a football match through the provision of free protective masks or corona tests.

One of the goals of the immunity card is to prevent another massive shutdown of public life. “Lockdowns increase social inequalities,” says Nehme Mayssam, co-author of the study. This aspect must be taken into account in the debate.

The Federal Office of Public Health is reluctant. “Before the quality and effectiveness of approved Covid-19 vaccines are clearly defined, it is too early to discuss the design of immunity certificates,” said spokeswoman Katrin Holenstein. The federal Covid-19 task force is also putting the brakes on this issue. “At the moment, however, it is premature for us to comment on this from a scientific point of view,” she said via the media office. In an article published on April 22, however, federal science advisers are very skeptical about certificates of immunity. They see it as a punishment for those who, thanks to protective measures, have not been infected with the corona virus.

The task force even refers to dark times of the past. In Italy, for example, during the days of fascism, health passes were used to monitor foreign workers as part of an anti-malaria campaign. The working group warns against discrimination against non-immune people, including in the world of work. An immunity card can only be justified if direct and indirect discrimination is prevented at the same time. Christoph Rehmann-Sutter also underlines this aspect: “If it is to be fair that a group, here the immunized, have certain advantages or privileges, then everyone, including the disadvantaged, must benefit”, declared the professor. for the theory and ethics of the life sciences at the University of Lübeck in an interview with our journal.

Ruth Humbel sees no potential for discrimination in an immunity passport, provided there is enough vaccine available for all who wish to be vaccinated: “Those who protect themselves also protect others and show solidarity. In return, these people should have an advantage. “

In action for the Russian ice hockey league

In Germany, Health Minister Jens Spahn rolled out plans for a corona passport in the spring, but activated the German Ethics Board after harsh criticism. He rejected the introduction in September because too many questions about immune protection remained unanswered. Half of the board members consider an immunity card to be a good idea under certain conditions – so that, for example, teachers or immune caregivers can continue to work when the number of infections increases.

Data protection compliant technology to document one’s own immunity is already available. Several Swiss companies, for example Sicpa based in Lausanne, offer QR codes with secure blockchain technology that can be viewed on a mobile phone or printed on paper. “Our solution is reliable and will allow people to travel again, to visit their loved ones, to work,” says Philippe Gillet, scientific director at Sicpa and professor at ETH Lausanne.

Sicpa technology is already used by Corona, including in the highest Russian ice hockey league or to manage air travel between Russia and Asia. People who can prove by a negative test that they are not currently carrying the coronavirus can chase the puck – or get on the plane without worry.

Train cancellations and up to 73 centimeters of fresh snow – especially in Ticino, Valais and Graubünden

Controversial comparison of the Holocaust and the group initiative: Bishop Felix Gmür apologizes