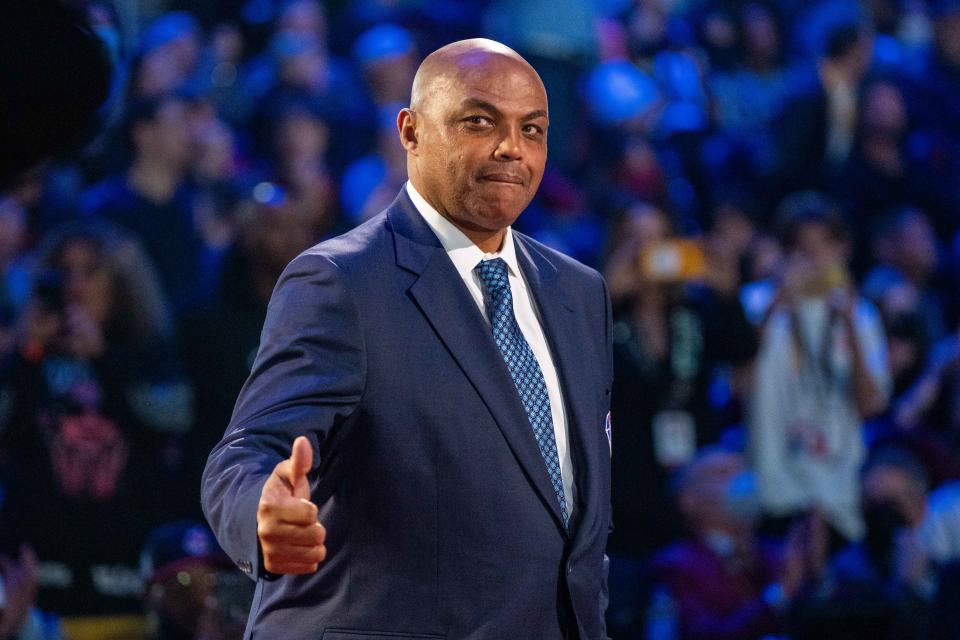 Charles Barkley will rejoin his Phoenix Suns teammates from the 1992-1993 roster that reached the NBA Finals this weekend as they will be honored at halftime of Saturday’s game against Indiana at Footprint Center.

He recently said that the current Suns (21-24) should not be left intact.

“My Phoenix Suns have to blow it up,” Barkley said on TNT’s “Inside The NBA” earlier this month. “The Suns are not going to win a championship.”

The Hall of Famer initially started a conversation about teams he thought should go nuts, starting with the Chicago Bulls and Miami Heat.

“If you look at this season, I have no idea who’s going to win the championship,” said Barkley. “There are a few teams that need to make some trades.”

At the time, Chicago was 17-21 while Miami was 20-19. The Bulls split their next six games, but the Heat is now 25-21 after Wednesday’s victory over New Orleans.

Using pen and paper, Kenny Smith asked Barkley if there are any Western Conference teams that should blow up their squads.

At the time, Phoenix was 20-19, coming off a 90-88 loss in Cleveland to end a season-long six-game road trip. The short-handed Suns have since gone 1-4, losing three games heading into Thursday night’s game against the Nets.

The Suns are looking to get healthy, as Cam Johnson was set to return on Thursday, having missed 37 games after tearing his right meniscus against Portland on November 4, but they are still without five players.

Okogie suffered a broken nose against the Grizzlies on Monday when he was elbowed by teammate Deandre Ayton, who was fouled by Steven Adams during the game.

Shamet had just returned on Monday after missing three games with a sore right hip. He now has a sore right foot.

Booker and Payne are scheduled for a re-evaluation later this month.

In addition, the Suns have yet to move Jae Crowder, who has yet to play a game this season because the two sides “mutually agreed” that he would not go to training camp.

He’s missed, but the Suns were once 16-7 without Crowder.

If the Suns can get healthy by, say, Feb. 1 and move Crowder by the Feb. 9 trade TBEN for a player who can contribute, they’ll be able to face not only the playoff battle, but a deep battle in the postseason.

Once atop the West in early December, the Suns are now 12th in the conference. They took 12½ games from first place heading into Thursday’s games, but only 1½ behind the sixth spot held by Golden State.

Phoenix is ​​3-0 against the NBA’s defending champion Warriors this season, winning the three games by an average margin of 17.3 points.

The top six playoff teams avoid the play-in tournament to make it to the postseason.

Is there still a trading opportunity for Phoenix?

The Suns have had 16 different starting lineups ahead of Thursday’s game.

With the injuries and lack of chemistry, Phoenix has yet to discover just how good it can be, but Barkley’s assessment can’t be dismissed either.

They don’t play well, don’t need the same lead that fueled their franchise record of 64 wins last year and have matchup issues against Denver, Memphis, New Orleans and Dallas.

Phoenix doesn’t look like a championship contender, but it may not be in a position to change that with a groundbreaking trade.

With interim team governor Sam Garvin unable to make a major move without Robert Sarver’s endorsement and the NBA having yet to approve the purchase of Sarver’s team by billionaire mortgage lender Mat Ishbia, the Suns appear to be in a holding pattern that won’t allow them to make a colossal trade.

However, Phoenix has marketable assets if it wants to drastically change its structure, starting with Ayton, who has a maximum four-year, $133 million deal.

The Pacers made a bidding form this summer that the Suns matched. An important part of the deal is that Ayton can veto any transaction for a year. The contract also included a provision preventing the Suns from trading Ayton until January 15.

Yahoo’s Jake Fischer reported that Ayton and Pacers’ great Myles Turner have been on Toronto’s radar. While he’s been inconsistent, especially with Paul and Booker out, and dealing with a nagging left ankle injury, Ayton is a big one who averages a double-double in his first four seasons, can shoot, is athletic and can rebound.

In return, the Suns could get players and picks.

Then there is Paul.

He is one of the best point guards to ever play the game, but between his age (37) and the injuries, the Suns could look for a younger point guard who can consistently play at a faster pace. Paul has two years left on his four-year $120 million deal, but the final year of his deal is not guaranteed.

Booker is clearly the franchise player. He signed a four-year supermax deal last summer for $224 million going into the 2024-25 season.

Mikal Bridges is a two-way player who has not missed a game in his NBA career, now in his fifth season, and led the league in total minutes played last season.

After those two, Phoenix could shake up its roster as teams could use a shooter like Johnson, who started the season with a career-best 43.1% of his 3s in eight games before suffering the knee injury.

Johnson is in the final year of his rookie contract. He and the Suns couldn’t agree on a rookie extension last summer, so he will be a restricted free agent this summer.

Shamet did get a rookie extension and will be an unrestricted free agent in 2026. He is a player who could be part of a package deal.

The Suns have several more players who will be unlimited free agents for the next two seasons, including Cameron Payne after the 2023/24 season.

The roster will change after this season, but right now Phoenix seems to be waiting to get healthy and go on a run. If the playoffs started today, the Suns wouldn’t even make the play-in let alone the playoffs.

That’s probably part of Barkley’s thinking to blow up his current Phoenix Suns.

Do you have an opinion on the current state of the suns? Reach Suns Insider Duane Rankin at [email protected] or contact him at 480-787-1240. Follow him on Twitter @Duane Rankin.

This article originally appeared on Arizona Republic: Should Phoenix Suns ‘blow it up’? Charles Barkley thinks so