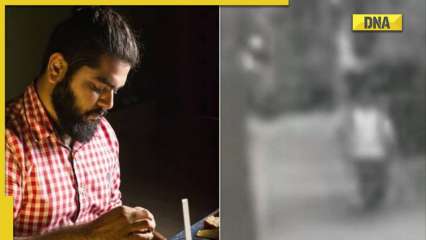 CCTV footage shows Aaftab Poonawala walking with a bag believed to have the remains of the victim Photo: IANS

Chilling CCTV footage has emerged showing investigators of the Shraddha Walkar murder case carrying the remains of the 26-year-old Mumbai girl. The clip shows Aftaab Poonawala, accused of murder, walking down the street with a bag.

Police are questioning the 28-year-old, who is accused of killing his live-in partner over the footage. They suspect the bag could contain the victim’s remains, sources say. The camera images appeared on social media.


#WATCH | Shraddha Murder Case: CCTV footage of Aftab carrying bag in a street outside his home area from Oct 18 pic.twitter.com/S2JJUippEr

Sources have said that the CCTV footage from October 18 is around 4am. The investigation so far has revealed that Aaftab killed Shraddha on 18 May. their rented accommodation at Chattarpur in Delhi. He then tossed the pieces all over the city for several days.