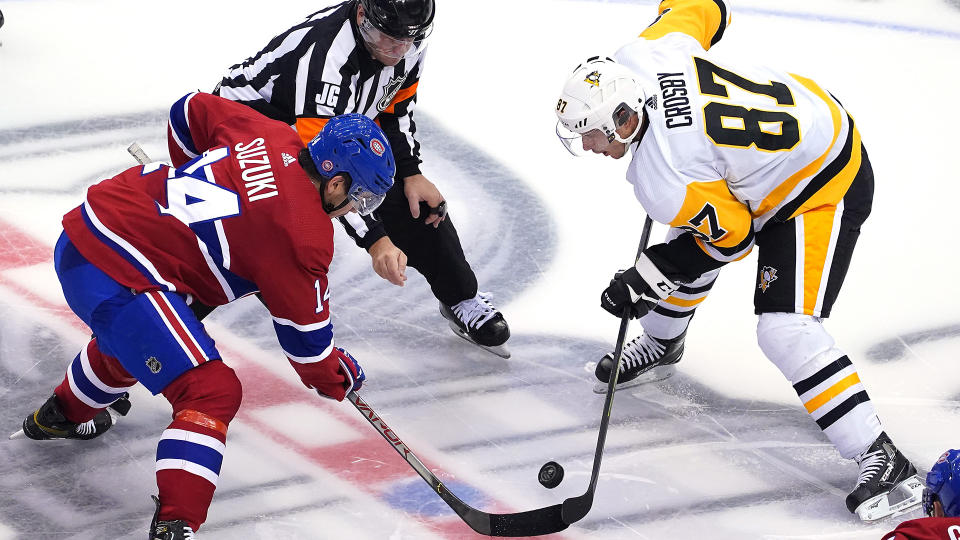 When Nick Suzuki was named captain of the Montreal Canadiens in September, his ability to speak French became a major talking point.

The London, Ontario native had a strong foundation to build on by learning French in school when he was growing up, but said he could still improve his skills. While traveling to Las Vegas for the NHL media tour ahead of the 2022-2023 season, Suzuki found encouragement from an unlikely source.

Pittsburgh Penguins captain Sidney Crosby knows the importance of speaking the language having played in the QMJHL with the Rimouski Oceanic and advised Suzuki to put in the work to do the same.

“It’s definitely good that he’s coming from him,” Suzuki told The Athletic’s Arpon Basu and Marc Antoine Godin. “I think he was kind of thrown into the fire and had to learn French to talk to his teammates and friends. I think it will definitely take time for me, but I have a good background in it, so I don’t .” I don’t think it will take me as long as someone learning French for the first time.”

Suzuki understands the weight of the Canadiens’ Montreal captaincy role and hopes to improve his French to better connect with the team’s passionate supporters.

“More than 50 percent of the fan base speaks French, and of course some don’t speak English, so being able to communicate with them in their language just creates the feeling that you’re trying and that you’re reaching a wider fan base,” Suzuki told The Athletic. “So I think it’s definitely important and hopefully I can get down a few lines and work my way through it.”

The weight of the “C” on his chest has not affected his on-ice performance as Suzuki is poised for a career-best season. The 23-year-old has 11 goals and 12 assists in 18 games as the Canadiens have a 9-8-1 record.