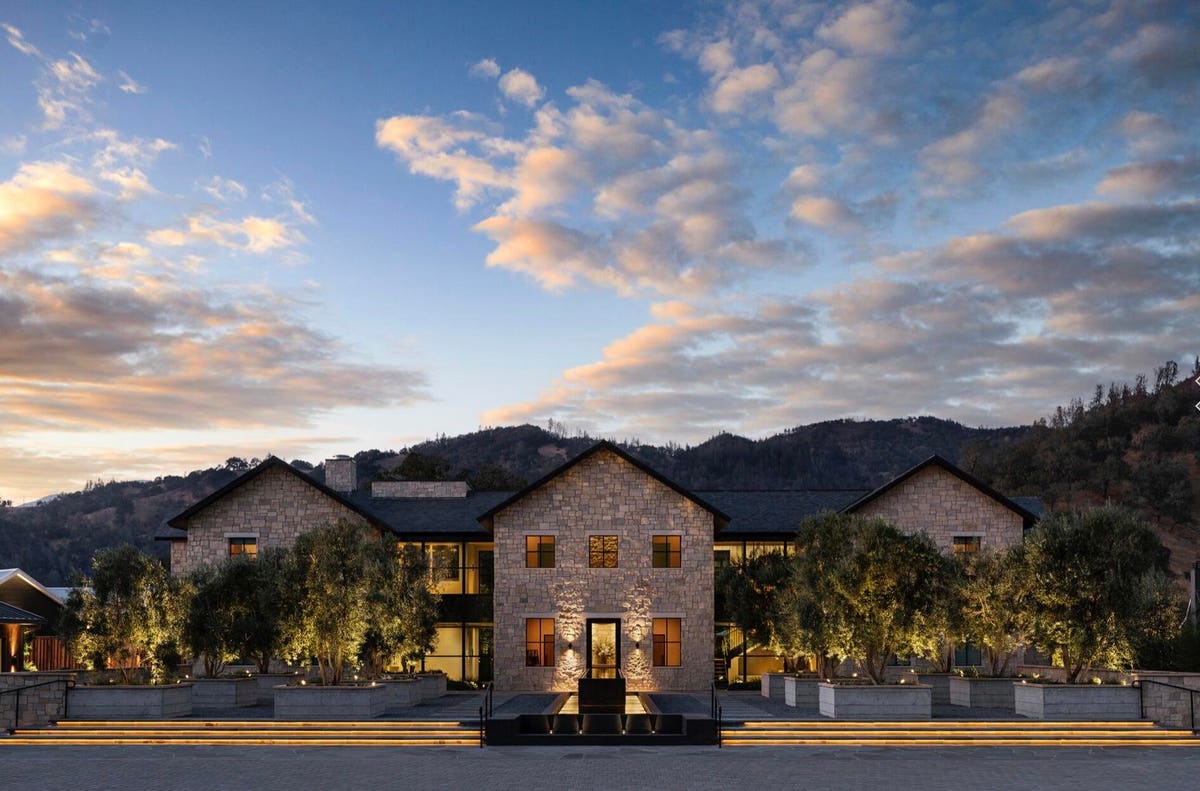 Need a reason to go to Napa? No, no you don’t. Not even this month’s torrential rains in the dead of winter amidst leafless vineyards can dampen the region’s beauty. There’s something about that undulating drive along Silverado Trail in winter, dotted with many of the Napa region’s 450 or so wineries, that quickly transports you to a new time and era. Maybe it’s because of the dense fog. Maybe it’s the smell of delicious dirt, if dirt could be. Whatever it is, a trip to Napa is always reason enough to visit.

A number of luxury resorts from big brands seem to agree. The Montage Hotels group opened its Healdsburg property in January 2021, and the Auberge Resorts Collection debuted Stanley Ranch in April 2022. And in the scenic north corner of Napa, right off Silverado Trail, another big brand came to town in a little place called Calistoga: the four seasons. As a long-time visitor to Calistoga, I’ve been eyeing the construction of this Four Seasons property for years since I ran past it on a morning walk in 2019. My question: how does this resort group have such a coveted spot on Napa’s most famous road, 22.5 acres to be exact, in a town of 5,000 that loves mud baths and eschews anything gaudy and new? I finally got my answer on a visit in January amidst the downpour, and the answer, like a fine wine, is satisfying, complex, and leaves you wanting more.

The concise answer to “how to open a great resort in Napa” is: work with your neighbors. In doing so, the Four Seasons Resort and Residences Napa Valley finally opened after seven years since it broke ground, an achievement given the delays from wildfires, COVID-19, local permit restrictions and the like. Instead of feeling like a big brand that just crashed into a piece of land, this Four Seasons feels rooted, almost endemic. That’s an impressive feeling for a resort of any brand size to achieve, and I’ll definitely be back for that.

One of the biggest neighborly gestures the Four Seasons Resort and Residences Napa Valley achieved was securing a spot on a remarkable working winery. To date, it is the only property in all of Napa, and the first, to be located in a working winery complete with its own vineyard. The Four Seasons property is partnered with Elusa Winery, the essence of the winery’s native name, meaning to care for or hold something precious. Precious indeed: Elusa was created by legendary winemaker Thomas Rivers Brown, a Calistoga native who has 25 perfect 100-point scores from wine critic Robert Parker for Cabernet Sauvignon. Elusa took about 10 years to finally open and, according to Brown, is “the only new winery in the valley to open with a library of older vintages.” Guests at this Four Seasons not only enjoy constant views of the vineyards from their patios and soaking tubs, but also have access to coveted tastings and tours. I always love a resort that doesn’t have to leave to experience something exceptional.

Another smart move by the neighbors (and a good idea all around) of the Four Seasons Resort and Residences Napa Valley was the hiring of Erin Martin, an interior designer who “reimagines Napa moody, eclectic interiors all at once,” according to Sunset Magazine. I thought something good was going on. When I arrived to the lobby highlighted by cream colored ocean buoys and then to my dark dramatic gray room

punctuated by horse reins and an open page for Grapes of Wrath, I had to check my room key to know I was indeed in a Four Seasons. Known for her embellishments such as giant white herons and chunky necklaces, Martin’s design zest is both exciting and silly. It’s just what this Four Seasons property needed to make it stand out among so many other luxury options.

Perhaps the third and best move the Four Seasons Resort and Residences Napa Valley made to establish its intent to work well with its neighbors and get such an ambitious property open was to hire Rogelio Garcia as chief -cook. Chef Garcia grew up in Napa and started out as a dishwasher at a restaurant in Yountville during the school year. He then completed stints at a handful of Napa’s top institutions, including The French Laundry and Calistoga Ranch, before venturing to San Francisco and beyond. Now back in Napa, he spearheads the resort’s casual dining concept, TRUSS, and the must-do fine dining option, Auro. If possible, book Garcia’s chef tasting, snagging at one of two tables in the actual kitchen. The buzzing precision of the restaurant, still run by a handwritten paper system (shown to me as proof by the director of Food and Beverage, Kalyana Krishnamoorthy) and orders echoed with enthusiasm by the entire kitchen staff, is an experience enough to reminisce. take. But the food, plated on the chef’s personal collection from around the world, is utterly flawless.

No one needs a reason to visit Napa. The place, even in the dead of winter, where rain boots are needed on your kneecaps is still a draw. But if there had to be a reason, maybe the reason for the moment, it’s the Four Seasons Resort and Residences Napa Valley.