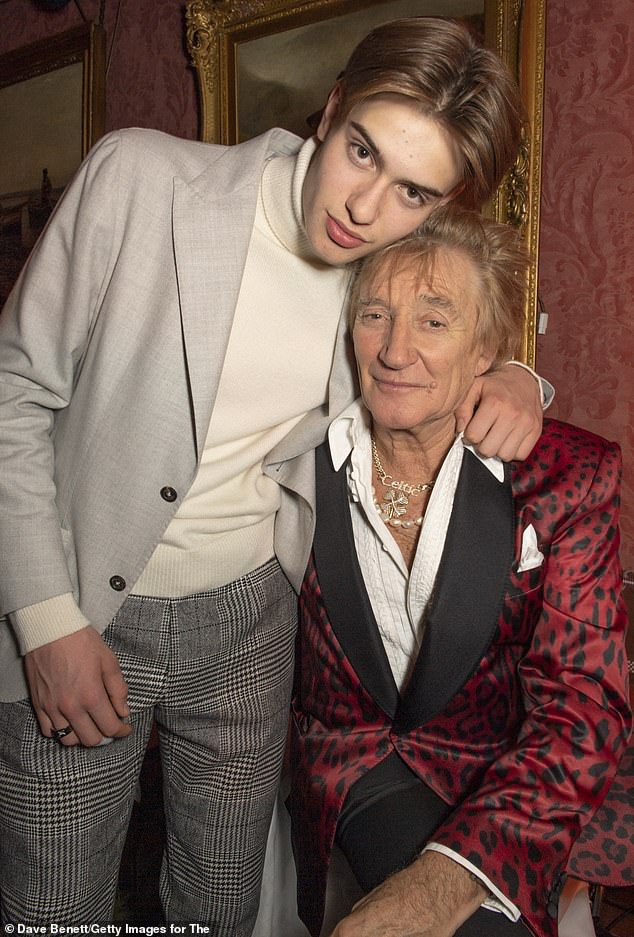 Sir Rod Stewart made a stylish figure on Thursday night when he attended the 50th Anniversary Party of London private club Mark’s Club.

The rocker, 77, was joined by his wife of 15 years Penny Lancaster, son Alastair and niece Raphaella for the bash, who towered over the rocker as he beamed for a slew of snaps.

Showing off his fashion sense, the star wore a bright red blazer with a leopard print design, while his wife looked glamorous in sequins.

As an accessory, the Forever Young singer wore a collection of layered necklaces that gave a nod to his Celtic background.

Penny stood next to her husband and put on a black mini wrap dress for the evening, which was decorated with dark sequins. 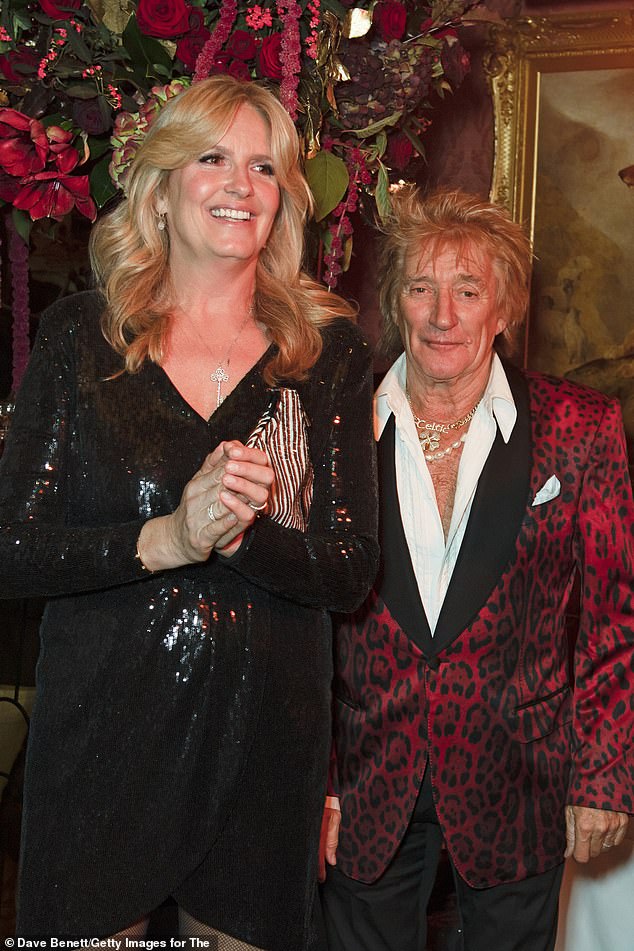 Night out: Sir Rod made a style statement in a red leopard print blazer as he and glamorous wife Penny partied together at the party 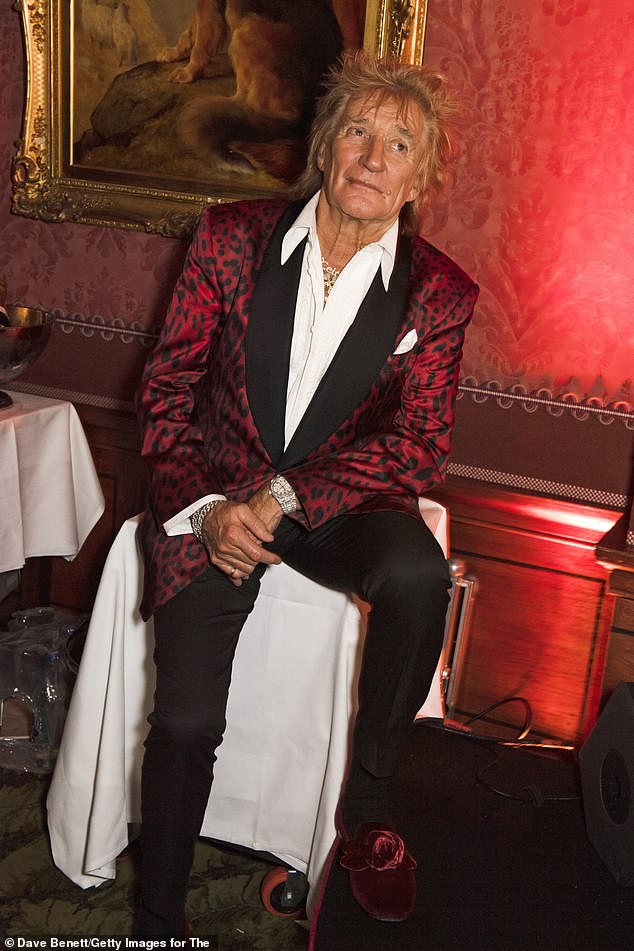 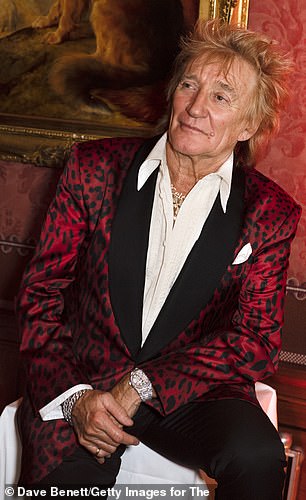 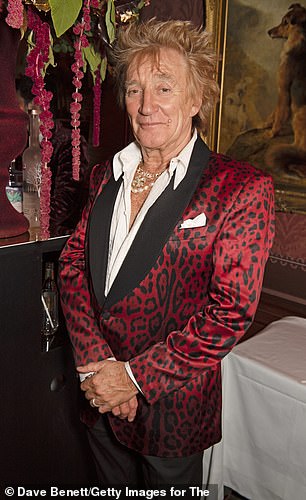 Full Look: He added a white handkerchief and black pants to the look 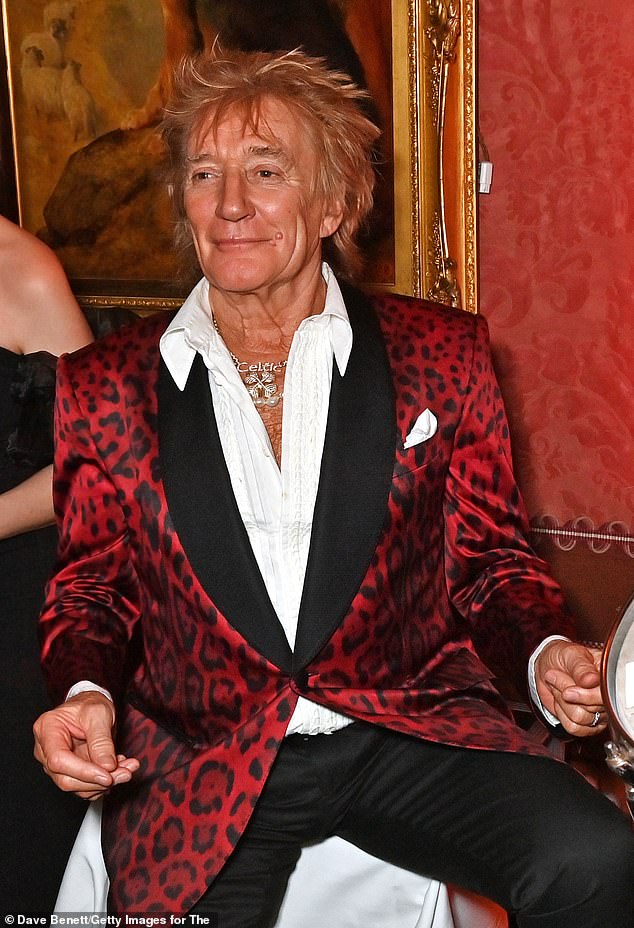 Roots: Accessorising, the Forever Young singer donned a collection of layered necklaces that gave a nod to his Celtic heritage

Her blonde locks were styled in a brushed-out yet textured wave, while she added a silver key chain necklace.

And it was a family affair, as Rod and Penny’s 16-year-old son put an arm around his dad for some snaps.

The up-and-coming model wore plaid pants, a cream turtleneck and a taupe-colored blazer. 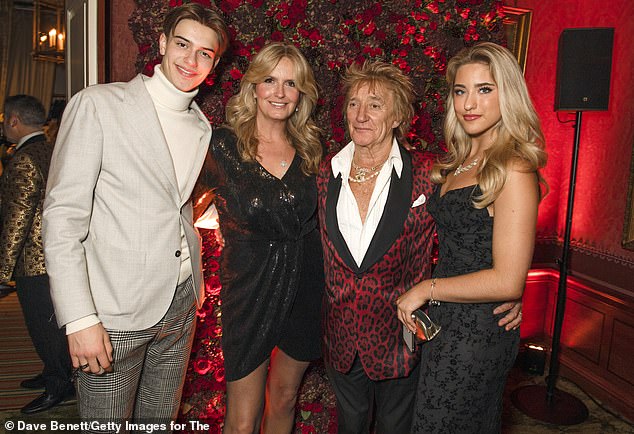 Family affair: As their 18-year-old niece Raphaella (far left) joined the family for the event, looking stunning in a black maxi dress 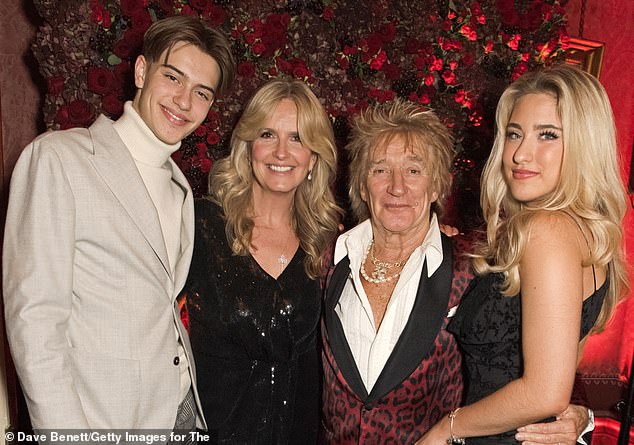 Smiles: The quartet beamed for a slew of photos at the event, which celebrated 50 years of the Mayfair members’ club and restaurant 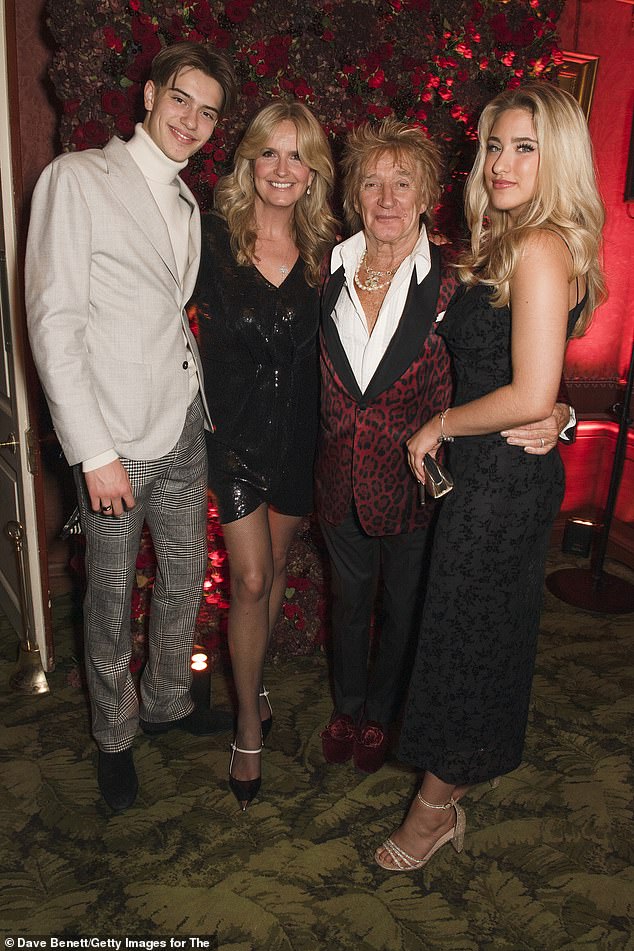 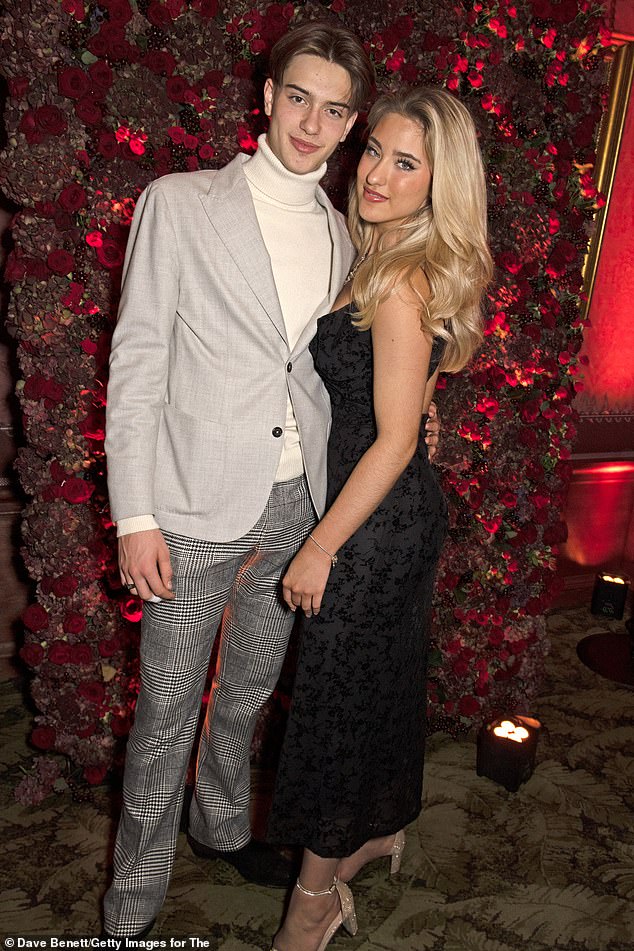 Cousins: Alastair and Raphaella also grabbed some snaps together

ALSO READ  'Wakanda Forever' casts on how film explores shared experiences of Black and Latinx people: 'Our wounds are so similar' 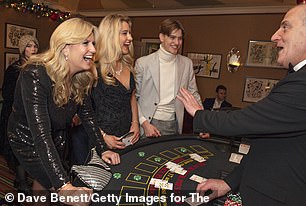 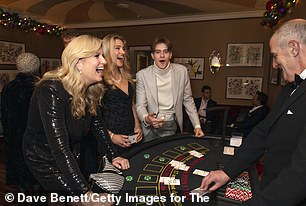 Poker night: And it was poker night at the event, with the family having a ball while participating in some classic card games 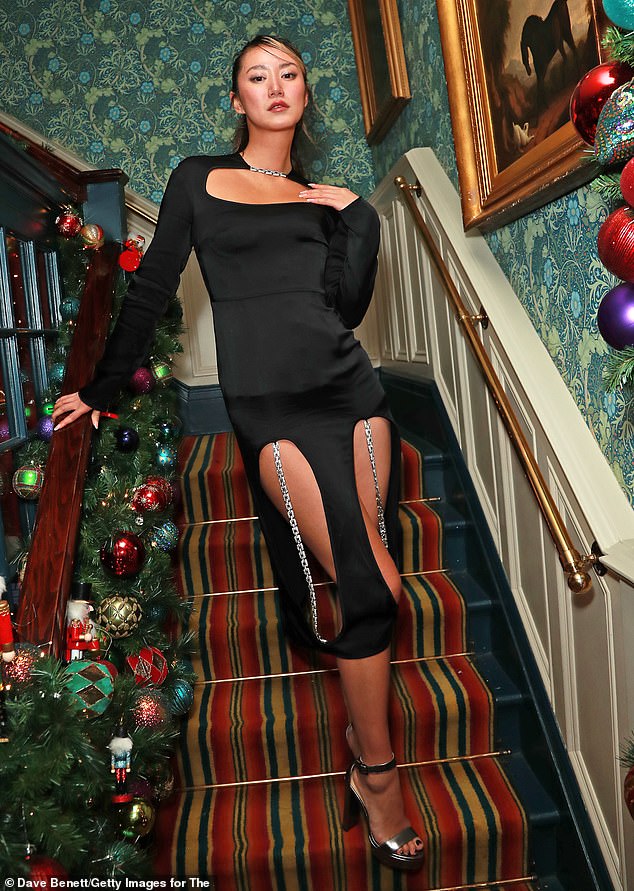 Wow! Betty Bachz looked ultra-glamorous in a cut-out black dress with chain details as she headed to the bash

Strike a pose: She posed for a slew of snaps alongside Doina Ciobanu as they enjoyed the party night 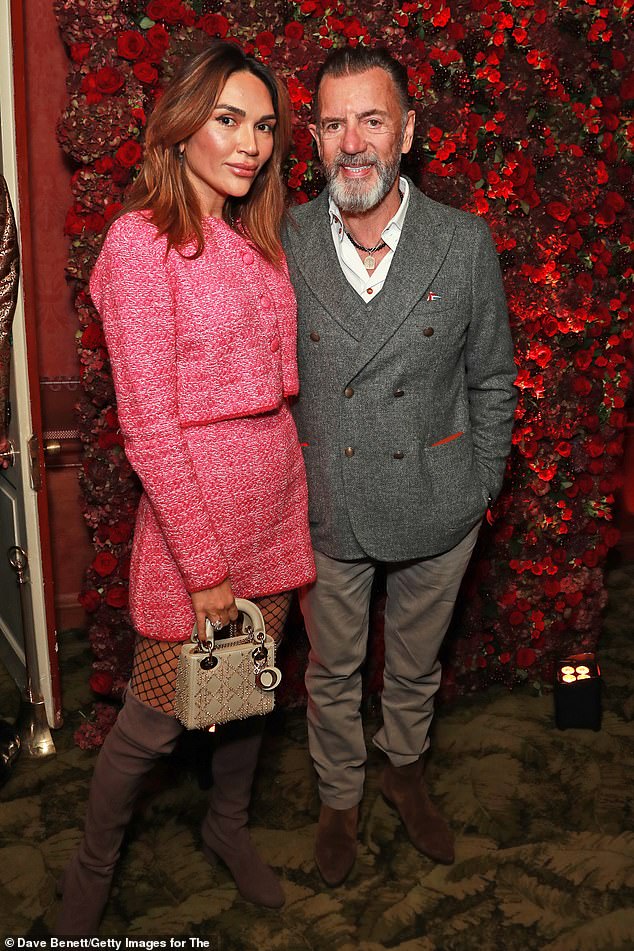 Chic: Nigora looked uktra chic in a pink tweed evening co-ord paired with fishnet tights and over the knee boots 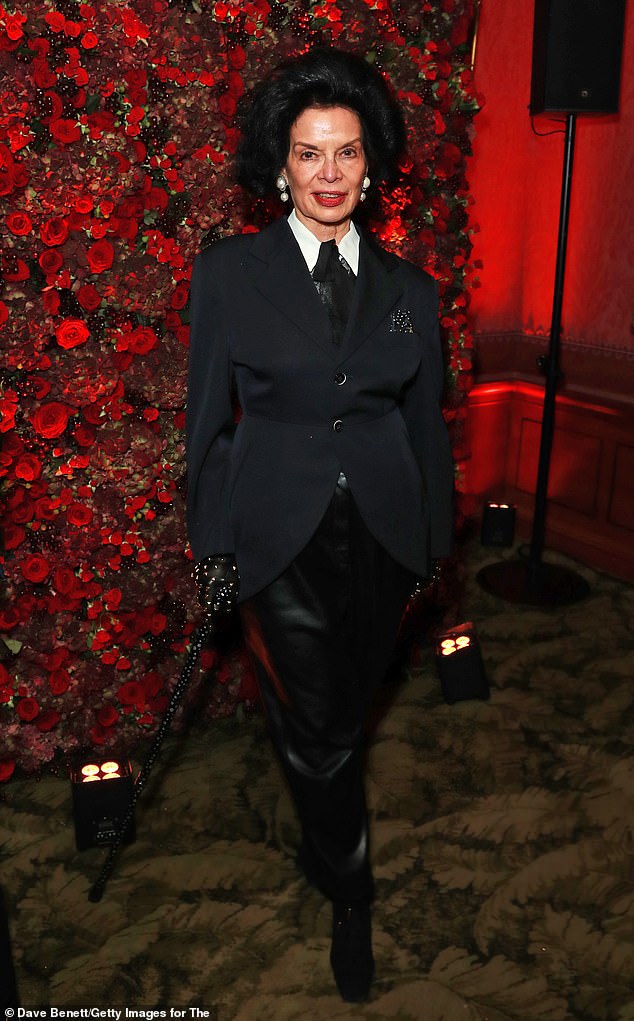 Glamorous: Bianca Jagger looked effortlessly chic in black when she attended the party

While their 18-year-old niece Raphaella joined the family for the event as she looked stunning in a black maxi dress.

The quartet beamed for a slew of photos at the event, which celebrated the 50th anniversary of the Mayfair members’ club and restaurant.

And it was poker night at the event, with the family having a ball while participating in some classic card games.

Legs eleven! Penny looked sensational as she stepped out of the building in her towering heels 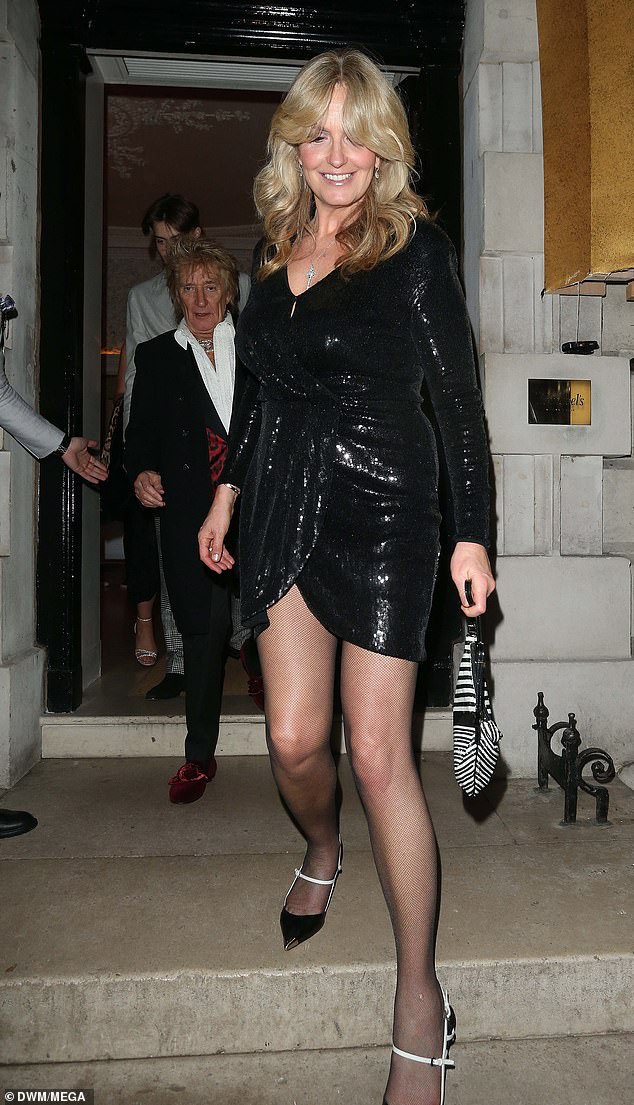 Working: All eyes were on Penny as she left the room 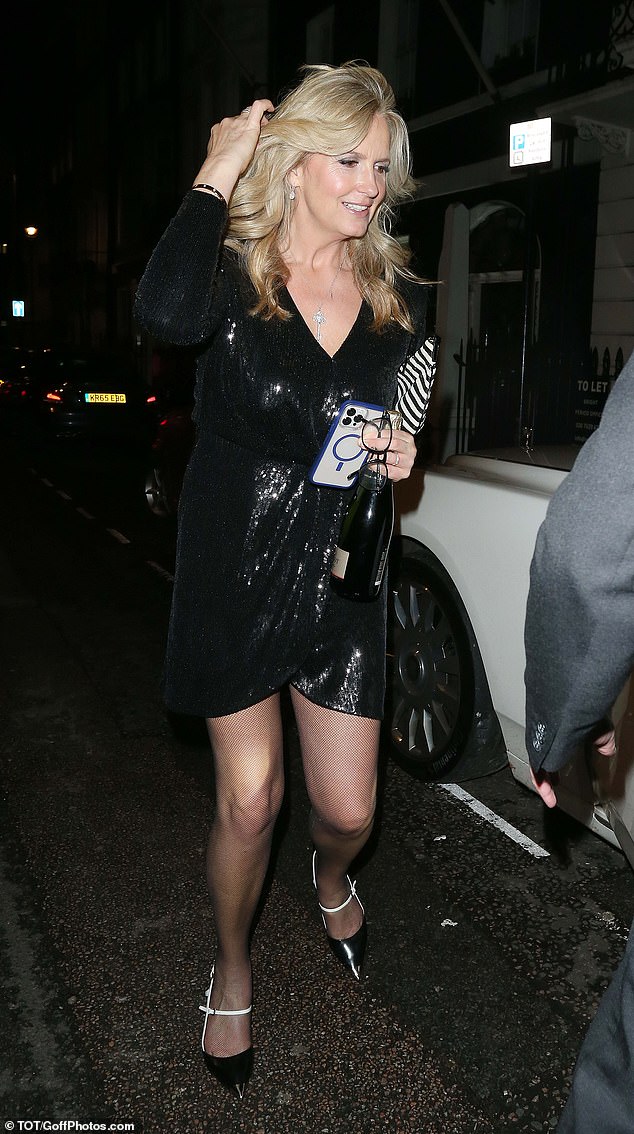 Her she is: Penny looked windswept yet fabulous as she headed home

Striking: Raphaella looked incredible as she left in her little black dress 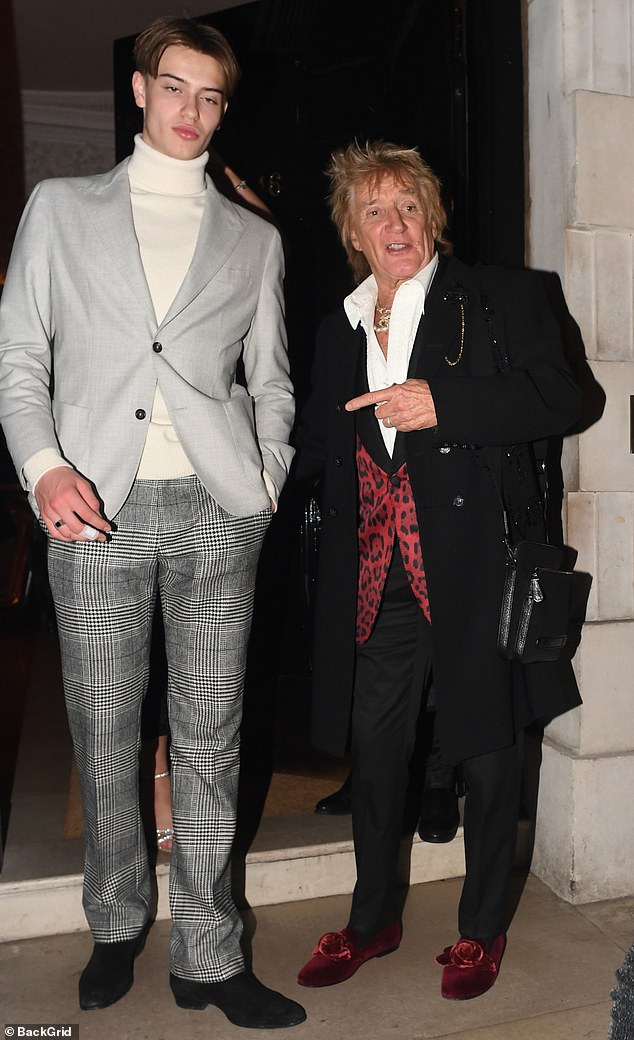 The company of two: Rod lurked around with Alastair as they headed home together 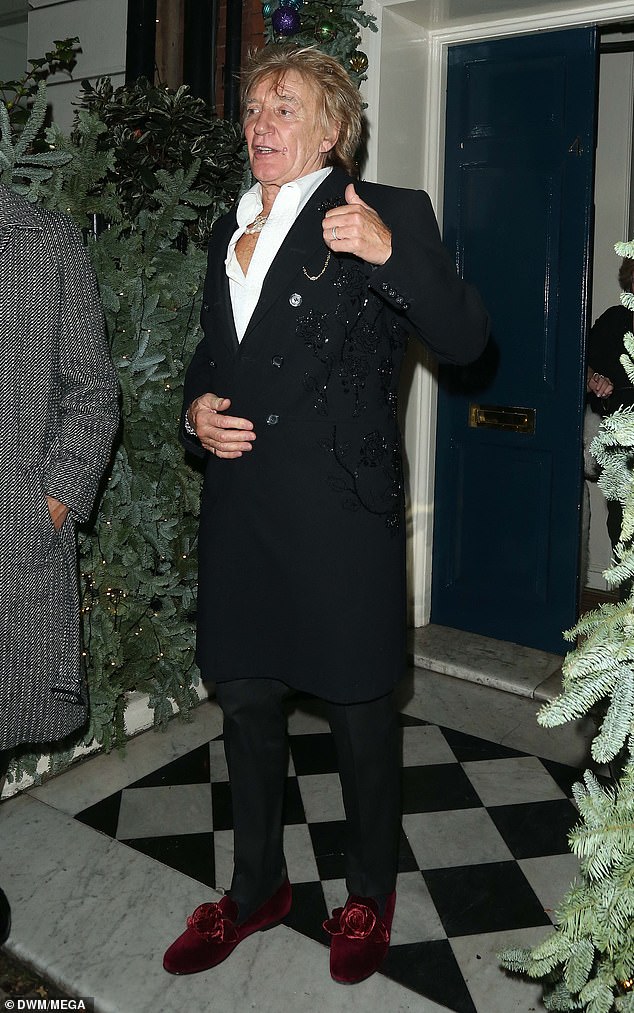 Thumbs Up: Rod seemed in good spirits as he chatted with onlookers

Paying: Rod was seen sorting a tip for the valet as he left the party 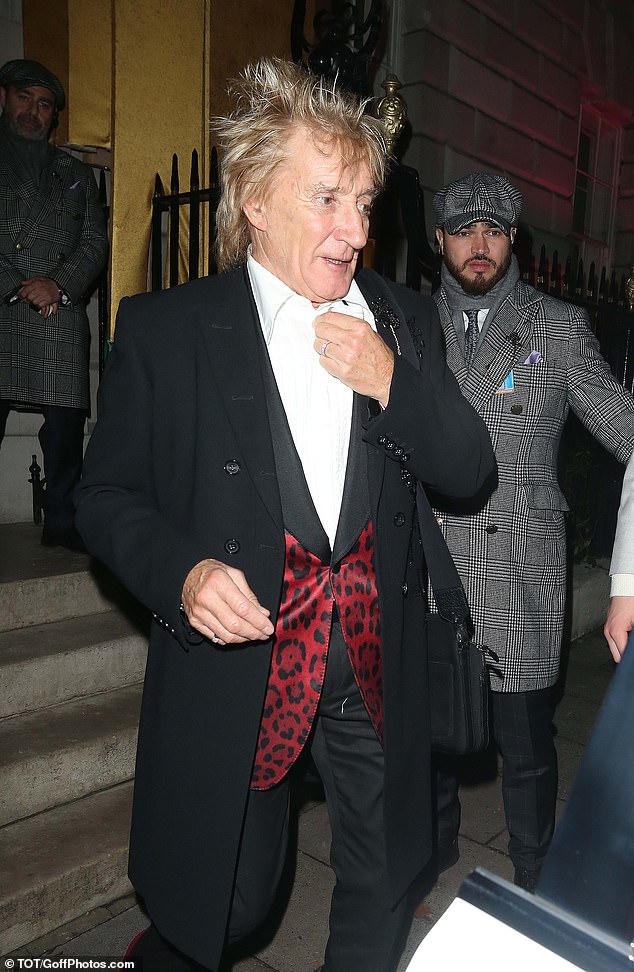 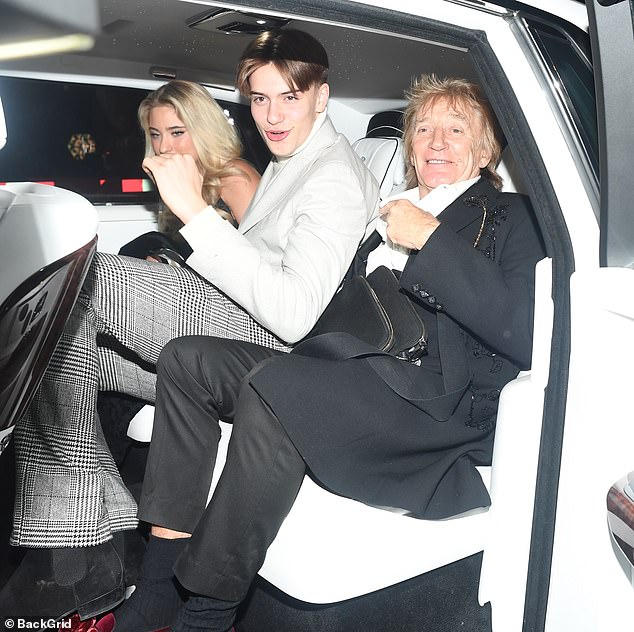 Squeeze it in: The trio all slipped into the back of the car as they headed home 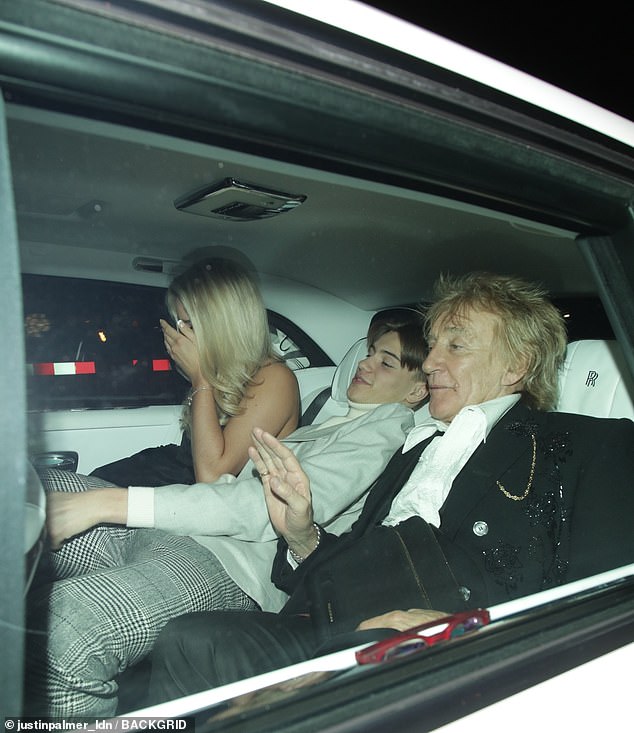 Chilling: Alastair looked ready for bed as he reclined in his car seat