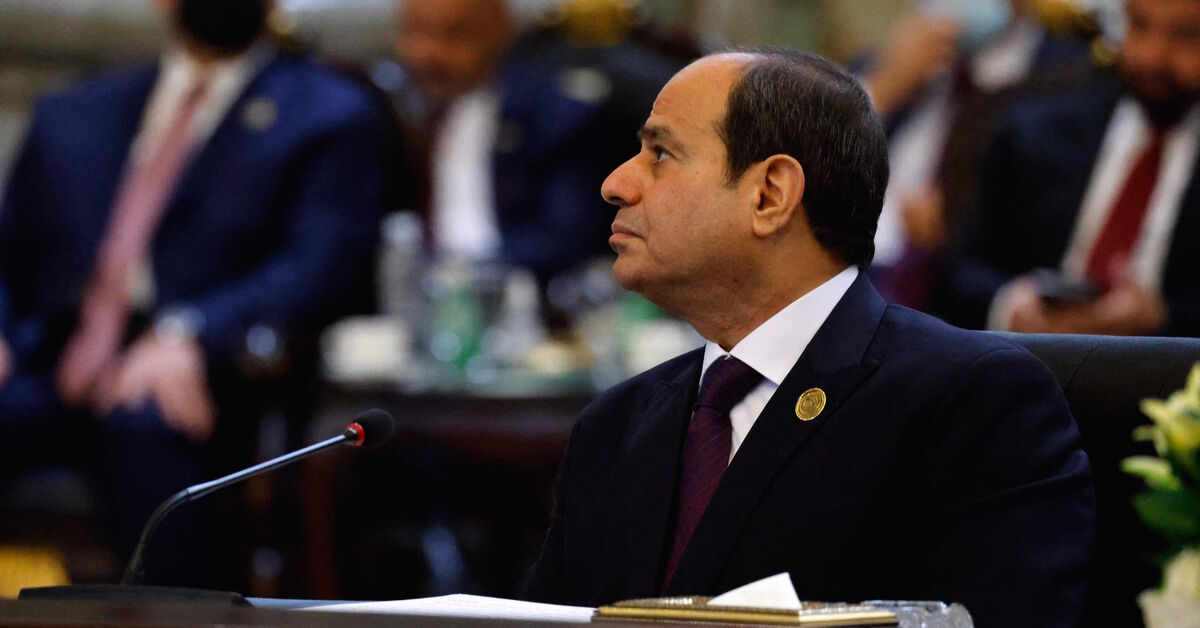 “I respect unbelievers. If someone tells me [they are] neither Muslim nor Christian nor Jew or that he or she does not believe in religion, I would tell them, you are free to choose. “

Some activists criticized Sisi for “his selective approach to freedom”, referring to increased restrictions on freedom of speech and expression in Egypt and the detention of government critics and opposition figures; others hailed his words as signaling positive change to come.

“And it’s not because I don’t protect my religion. I am. And that’s why I respect the will of unbelievers, which is based on freedom of belief – a right given by God.… But will a society that has been conditioned to think a certain way for the past 90 years accept that? ”Asked Sissi.

While article 64 of the Egyptian Constitution guarantees freedom of belief and worship, Humanists International’s 2021 report on freedom of belief reveals “a pattern of impunity or collusion in violence by non-state actors against non-religious ”.

Indeed, there is little tolerance for atheists in the conservative, predominantly Muslim society where non-believers rarely talk about their lack of faith for fear of being arrested or sometimes even dying.

While Egypt does not have laws criminalizing atheism, non-believers who come out of it are often sentenced to three years in prison for “contempt of religion”.

Article 98 of the penal code states that “anyone who exploits religion in order to promote extremist ideology by word of mouth, in writing or in any other way, with a view to stirring up sedition, or in contempt of any divine religion or of its members, or undermining national unity will be punished with imprisonment of six months to five years or a fine of at least 500 Egyptian pounds.

It is not only the law that is used to silence atheists; some pious Muslims consider it a religious duty to punish “the infidels” by attacking them verbally or physically. A June 2013 Pew research survey shockingly reveals that nearly 90% of Egyptian Muslims believe that leaving Islam “should be punishable by death.”

When Ismail Mohamed, an atheist, appeared on Egyptian television in 2013 to talk about the reasons for his lack of faith, he was pilloried by the show’s host, Riham El Sahly. Its “revolutionary” appearance shocked viewers, who were not used to hearing unconventional views expressed on national television.

“This young man sat there confidently championing his cause; I was amazed,” Hisham Kassem, political analyst and human rights activist, told Voice of America after watching the show. “I never thought I would see this in my lifetime.”

Atheist and human rights activist Ahmed El Harqan, who was interviewed on another talk show on the private Al Asima Channel, was again ridiculed and taunted by the talk show host who l ‘kicked out of the studio halfway through the show.

“Come out, cheat! We don’t want non-believers on the show,” shouted Rania Yassin, the show’s host, as the stunned young man stood up to leave.

Yassin later told the Al Watan news site that she objected to hosting an atheist on her show, but nodded under pressure from the show’s producer. The latter had persuaded her that it was a “hot topic” given “the rise of atheism in society”.

While the exact number of atheists in Egypt is unknown, Al-Sabah, a Cairo-based newspaper, claimed that there were as many as 3 million atheists in the country in 2013, according to a TBEN report. .

In the early years after the 2011 uprising that forced Hosni Mubarak to resign, some atheists in Egypt had sought to capitalize on their regained freedom (albeit short-lived) by publicly announcing their lack of faith on social media; many of them had to pay a high price for exposing their non-compliance.

Alber Saber, then a 27-year-old blogger and computer science student raised in a Coptic Christian family, was one of those who dared to talk about their conversion. He posted comments critical of Islam and Christianity on his Facebook page and reportedly shared a link to the YouTube trailer for a controversial film, “The Innocence of Muslims”, which had sparked protests across the Muslim world.

This decision earned him the wrath of Muslim neighbors who gathered outside his home, hurling insults and threatening to kill him. When his terrified mother reported the incident to the police, Saber was arrested instead of the perpetrators. In September 2012, he was sentenced by a criminal court to three years in prison for “blasphemy” and “contempt of religion”. However, he did not complete his sentence but was released in December 2012 on bail of EGP 1,000 pending appeal. Saber has since fled the country out of fear for his safety and continues to live abroad in voluntary exile.

El Harqan, however, was not so lucky. In October 2019, he was turned back from the airport by a customs officer while attempting to board a plane bound for Tunisia and was told that he had been banned from traveling due to his appearances in the media. El Harqan went on a hunger strike to protest the ban and managed to leave Egypt in January after appealing.

Such is the fate of Egyptian atheists who have no choice but to flee the country or to keep their lack of belief in God a closely guarded secret. It’s no wonder, then, that Sisi’s recent comments have been met with skepticism. A Facebook user accused him of “using empty words to appease the West”.

The president’s remarks came in response to an equally controversial call from journalist Ibrahim Eissa to remove religion from national identity cards.

“Declaring one’s religion on identity cards is relatively new in Egypt; this was introduced in 1956, ”noted Eissa.

“The religion of a citizen should not concern civil servants, nor security officials,” he argued.

He continued, “The promotion of freedom of belief in Egypt is necessary to counter terrorist ideology, which may very well destroy the achievements made so far.

Many hailed Eissa’s call as a step in the right direction, but some hard-line supporters like Yasser Setouhy, preacher and assistant professor at Al Azhar University, rejected it, arguing during a debate televised on the private channel TEN that the decision was “tantamount to hiding an important part of his identity”.

Responding to Eissa’s comments, Justice Minister Omar Marwan said that “while it is not important to indicate one’s religion on national identity cards, it is essential that we have concrete proof of one’s religion. religious affiliation “. He said that there are certain rights based on faith, such as marriage, divorce and inheritance.

Marwan said, “We don’t have the same personal status law for all Egyptians. The constitution states that Sharia rulings apply to Muslims in matters of personal status, while Christians and Jews must refer to their own rulings on such matters.

Eissa’s request came amid broader calls to omit religion from national ID cards. On August 25, lawyer Naguib Gabriel, head of the Egyptian Federation of Human Rights and Coptic Christian, filed a complaint with the administrative court against the Minister of the Interior and his collaborators in the civil status department. of the ministry, demanding the elimination of religion from the national identity card. cards.

Fatima El Naoot, liberal writer and poet and strong supporter of the idea, told Al-Monitor that the national identity card “is a contract of citizenship between the citizen and the state; religion is a private matter, and any Egyptian cardholder is a citizen regardless of their faith.

“Showing one’s religion on the national identity card is a blatant form of discrimination,” she argued.

She continued, “Discrimination against Coptic Christians in Egypt was widespread in the 1970s, 1980s and 1990s as some companies refused to hire Christians, and landlords turned down potential tenants if they did. discovered that they were Christians; this is not the case either. “

Yet Coptic Christians, who represent around 10-12% of the population, continue to complain of other forms of discrimination such as their exclusion from the security sector and even from the national football team. In addition, Coptic Christians have been the target of multiple militant attacks in recent years. Dozens of them were killed, saw their homes burned down or were forcibly evicted from their villages.

It remains to be seen whether the comments made by Sisi and Eissa are purely cosmetic or a start towards greater inclusion of minorities, be they Coptic, atheist or otherwise.

For Said Sadek, a specialist in political sociology, change is essential and imminent. “Egypt lays the foundations for a secular and democratic state; we need the separation of state and church, but for that to happen we need education, greater awareness and enlightenment, ”he told Al-Monitor.

“It is starting to happen, but first of all we need to end the hate speech in the media,” he said. “In addition, extremist ideology is deeply embedded in state institutions, making it difficult to achieve rapid change; a gradual and sustained process is needed to reverse decades of extremism and change the prevailing fundamentalist mindset.

US freezes aid to Sudan in response to military takeover

The Bharat Express News - October 26, 2021 0
Water scarcity is not uncommon in a place like India, but more...