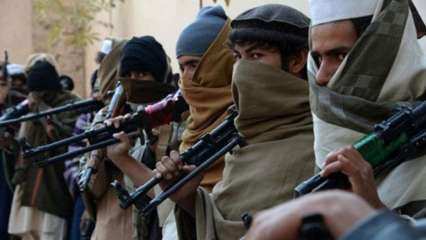 The committee appointed in Jammu and Kashmir to review and recommend cases under Article 311 (2) (c) of the Indian Constitution recommended the dismissal of six civil servants for having links to terrorism and work as OGW.

The name of the dismissed employees is:

He was district commander of the terrorist group Allah Tigers, before serving in the government. He allegedly got the job without any selection process, leveraging the influence of Jamaat-e-Islami (JeI).

According to government sources, Hamid was a key speaker and organizer of the Chalo 2016 programs following the terrorist encounter with Burhan Wani. He was involved in the propagation of secessionist ideology.

Currently on bail since 30.09.2019. The investigation revealed that he provided his Alto car to the HM terrorists and facilitated their safe movement. The NIA indictment explains the subject’s implication.

It provided logistical support to the HM terrorists in Kishtwar and provided them with a safe environment to carry out terrorist plans. He is in the FIR registered by the NIA was arrested and is currently out on bail.

Involved in smuggling illegal weapons, ammunition, explosives including hard drugs and counterfeit Indian currency notes (FICN) from Pakistan. Maintained contact with active activists. He’s an OGW in police records. He was arrested in FIR case No. 26/2010 U / S 2/3 E & IMCO, 120-B, 121, 122 RPC by P / S Poonch.

ALSO READ  JK: LeT commander Umar Mushtaq Khandey, involved in the murder of 2 policemen, trapped during a meeting with Pampore

According to government sources, he was involved in the looting of weapons from the home of a member of the Legislative Council, with whom he remained in post as PSO.