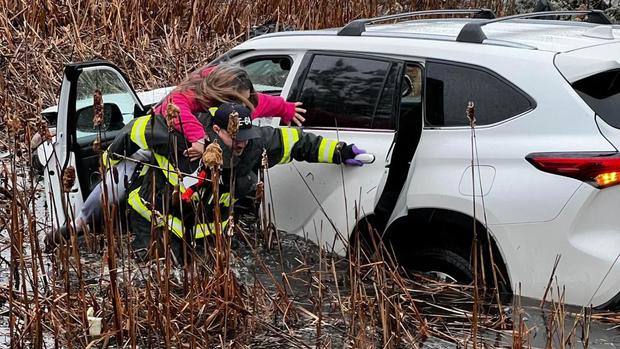 HARWICH – Slippery roads caused several accidents in Harwich and Dennis on Monday morning, including a driver who had to be brought to safety.

Firefighters said an ambulance returning from an earlier call found a single-vehicle crash in the median.

The car ended up in a large pool of water in Dennis.

Firefighter Andrew Riker was able to help the driver out of her vehicle and carry it to dry land. The woman was not injured.