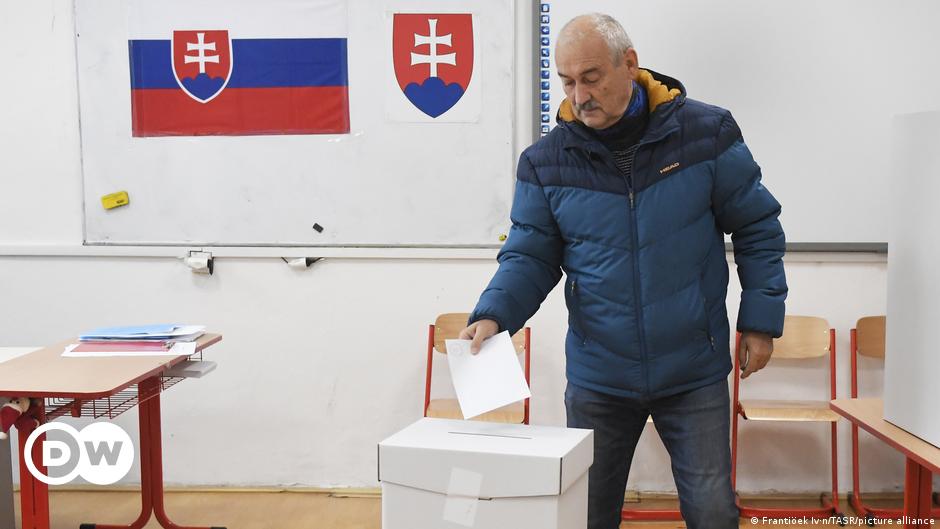 Prime Minister Eduard Heger’s government was overthrown by the Slovak parliament last December when 78 out of 150 MPs supported a vote of no confidence in the government. Since then, Heger, of the centre-right OLANO (ORDINARY PEOPLE and Independent Personalities) party, has been leading the country as a caretaker and negotiating with parties in an attempt to find a new majority.

But it was Richard Sulik, leader of one of his previous coalition partners, the Freedom and Solidarity Party (SaS), who abruptly ended Heger’s efforts early last week by announcing that he would end the prime minister’s attempt to to form a new cabinet. .

“As of today, I am considering all my efforts to rebuild the coalition,” Heger said at a media briefing last week. “I will meet my political partners and discuss the subject of early elections with them. At the moment, the most likely date is September.”

In an effort to reduce the number of votes MPs need to call an early election from 90 to 76, the Social Democratic Smer Party, one of the country’s strongest opposition parties, has held a referendum on whether the Slovakia’s constitution should be amended to ensure that elections are held before the end of the four-year term.

Although the caretaker government had already agreed to early elections, Smer leader Robert Fico argued that elections should be held much earlier than September. “The coalition is giving us only nine months of its incompetence,” he said in a statement.

In Slovakia, a turnout of more than 50% is required for the result of a referendum to be valid. Turnout in Saturday’s referendum was just 27.25%.

Radoslav Stefancik, a political scientist from the University of Economics in Bratislava, said it was no surprise that this threshold was not reached, as Slovakia has a long history of failed referendums. “There was only one successful referendum, the one on EU accession, in which just over 50% of citizens took part, but not since,” he said.

After the result of the referendum was announced, the parties in the caretaker cabinet agreed to hold elections on 30 September.

Stefancik believes that early elections are the only option for the country at the moment and that the decision should have been made earlier. “Parliament has been powerless,” he told TBEN, “it hasn’t been able to pass laws for a long time. It’s better for everyone to put an end to this.”

Nevertheless, uncertainties remain, first of all when the elections will actually take place. While all parties in the interim coalition support the September date proposed by Heger, other parliamentary parties believe the elections should be held as soon as possible, preferably before the summer.

In the midst of all this political chaos, President Zuzana Caputova proves to be a stabilizing factor, although she has limited authority and her role is more ceremonial than political. Caputova, who is meeting with German President Frank-Walter Steinmeier in Berlin on Tuesday, is one of the most openly pro-EU, pro-Western politicians in the country.

According to polls conducted last fall, she is also one of the most trusted politicians in Slovakia. However, political scientist Aneta Vilagi of the Faculty of Arts of Comenius University Bratislava points out that the president cannot directly interfere in the political process. “The president can talk about her values ​​related to a particular political camp, but she can’t support anyone directly,” she said. “Voters must decide for themselves.”

However, if parliament cannot agree on a date for the early elections, it can appoint a technocratic government to rule until elections take place.

Vilagi thinks an election in the fall would allow new political parties to be formed. Former Prime Minister Mikulas Dzurinda (in office between 1998-2006) plans to create a new right-wing, pro-EU, pro-Western party. Some experts say such a party could appeal to voters given Dzurinda’s enduring popularity.

However, Dzurinda is not alone: ​​Slovak MEP Lucia Duris Nicholsonova is founding a new party, Jablko (Apple), which will also target pro-EU voters.

There are also rumors that acting Prime Minister Eduard Heger could leave the OLANO party and try to create a new party for conservative, pro-EU voters. Whether these would-be pro-EU parties would join forces and operate as an alliance is unclear, although some politicians believe it would be the right move.

Former Prime Minister Peter Pellegrini, who served from 2018-2020, is currently considered one of the most likely candidates to lead a new government following an early election. Pellegrini, formerly a member of Smer, is now head of a new social-democratic party, Hlas. It has topped opinion polls for months and chances are Pellegrini will be asked to form a government after the election.

Pellegrini describes himself as pro-EU so that he could form a new coalition with other similar parties. Although Pellegrini cooperated with the far-right party Republika (Republic) in last year’s regional elections, he could also reach an agreement with Smer.

He added that parties like Smer, which has long campaigned against aid to Ukraine and targets eurosceptic, pro-Russian voters, could benefit from an early election. “There is a real chance that Slovakia will choose to follow in the footsteps of [Viktor] Orbán’s Hungary,” he said.