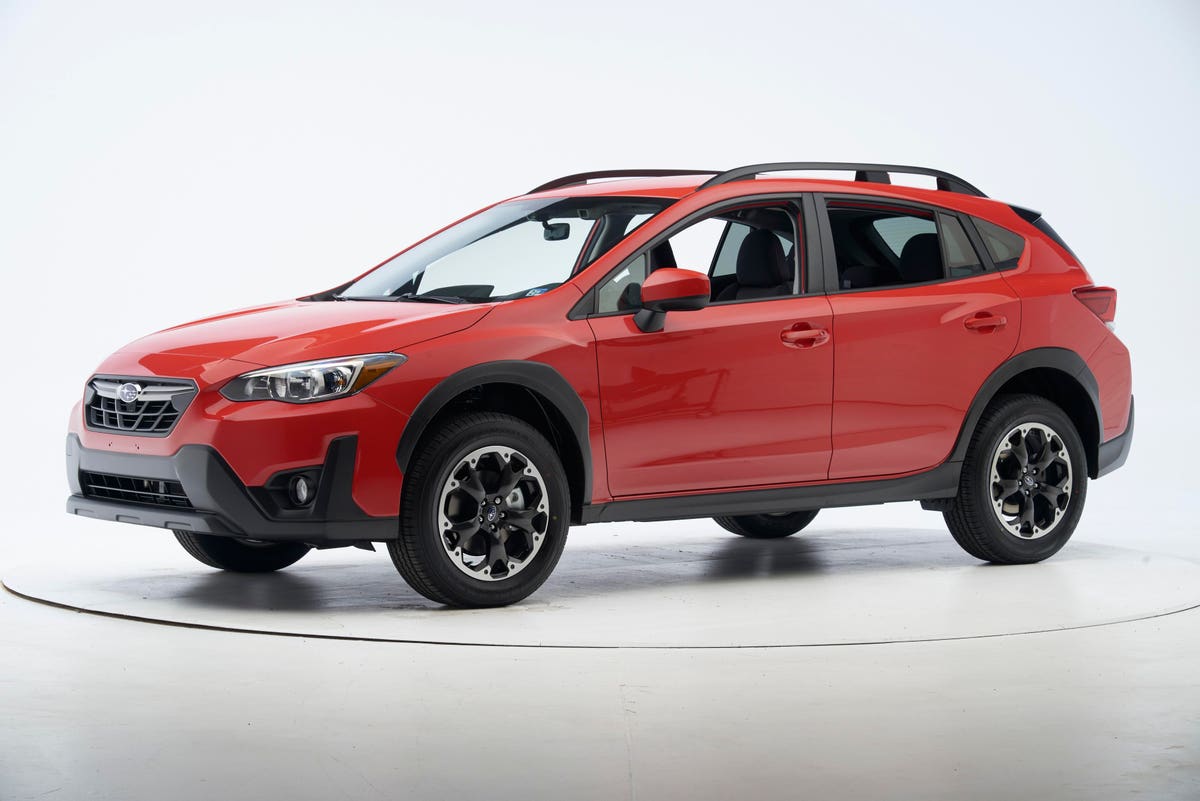 Seven of the 11 small cars performed well in a recent evaluation of their protective capabilities in a new, more rigorous side-impact crash test, despite the challenges posed by the low ride height.

Those are the results of a new crash test released earlier this month by the Insurance Institute for Highway Safety, a nonprofit organization funded by the insurance industry. Considered tougher than previous comparable tests, the goal is to help manufacturers create vehicles that maximize side impact survival.

“It’s encouraging to see so many small cars with good grades in this new side test,” Becky Mueller, a senior research engineer at the Institute who led development of the evaluation, said in a statement.

“Smaller, lower vehicles are at a disadvantage when hit by the new test barrier, which is a more realistic representation of the front end of a typical modern SUV than our old barrier,” she added. “Obviously some manufacturers have already figured out how to provide adequate protection even for small car occupants in a crash like this.”

The highest rating in the institute’s ratings is good, followed by acceptable, marginal, or poor. Each vehicle received an overall rating in nine subcategories, including safety and structure of the occupant compartment, and protection to prevent head, neck, torso and pelvic injuries to the driver and rear passenger.

The updated side crash test uses a heavier barrier traveling at a higher speed to simulate the striking vehicle than its predecessor. Both vehicle length — particularly the length of the occupant compartment — and ride height are believed to affect efficacy, researchers said. For example, a higher vehicle means that the moving barrier moves closer to the floor of the passenger compartment. Smaller cars usually have a low ride height.

Some examples from the analysis:

The structure and safety cage of the Mazda 3, one of the top-rated vehicles, held up well in the new test, and the head-protective airbags for both the driver and rear passenger prevented the dummies’ heads from hitting the hard surfaces of the vehicle. the vehicle interior, resulting in a low risk for most types of injuries.

The Forte, which received a poor rating, measurements from the driver’s dummy suggested a high risk of injuries to the torso and pelvis and a relatively high risk of head or neck injuries, researchers said. “The head of the dummy driver suffered a hard impact with the window sill from the side curtain airbag and the structure of the occupant compartment was not properly maintained, contributing to a moderate risk of injury to the rear passenger’s torso and pelvis.”

Click here for more information about the review program and specific details about the evaluated models.