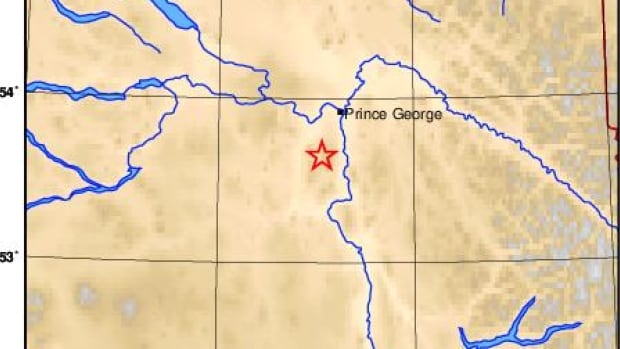 The agency says the earthquake struck 32 kilometers southwest of the city at a depth of five kilometers.

Several residents across the community reported feeling the quake.

No injuries or damage have been reported.

The Rocky Mountain Trench runs through Prince George, so there’s a history of seismicity on small fault lines, according to TBEN meteorologist Johanna Wagstaffe, but it’s unusual for small earthquakes to be felt by residents.

Cindy Marcotte, who works at the center, says it took her a while to realize what happened after she felt her office shake.

“My first impression was that I thought someone had smashed into our building,” she said. “A lady across the street said” [her] building shook so bad; she was scared.”

Earthquakes Canada says no damage is expected given the magnitude of the earthquake.