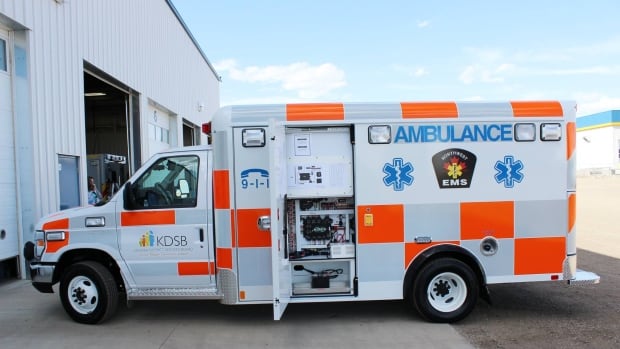 A social agency in Kenora, Ontario, is investigating after the head of Ojibways of Onigaming alleged paramedics waited on the edge of their reservation, taking 10 minutes to respond to a medical emergency before a man died.

Chief Jeff Copenace told TBEN News the 30-year-old died after falling into medical distress at a home on the First Nation, about 450 miles west of Thunder Bay, Ont. TBEN News has agreed not to name him out of respect for his family’s wishes.

The man’s family called 911, and along with several First Nation employees, they attempted to resuscitate him by performing chest compressions while paramedics remained in the ambulance on the edge of the reservation, according to Copenace.

Copenace said he was in his community office around 10:30 a.m. Thursday when a staff member told him someone was in distress and may have died. Shortly after, another staff member came and told him they were trying to resuscitate the man, but the paramedics wouldn’t come into the community because they were waiting for the police.

“They were just sitting on the sidelines,” Copenace told TBEN.

“It wasn’t until I started driving down the freeway, and they… [paramedics] saw a few cars coming, then they started driving to the scene. I followed them and when I got to the scene the ambulance driver jumped out of his vehicle and I said, ‘Why were you waiting? What were you doing? He is dying.’

ALSO READ  More than 6 months after the Russian invasion, Ukrainians who tried to stay in their homes are now fleeing | TBEN News

“The paramedic said, ‘I have been posted here before and we are not supposed to go in,'” Copenace said, adding that the driver told him they had been attacked in the house before and “waiting for protection.” and the police come.

After the exchange between Copenace and the paramedic, an elder pulled the chief aside to calm him down. Meanwhile, the 30-year-old man’s uncle and other members of the community shouted for paramedics to come and help as his condition deteriorated.

Copenace believes this sequence lasted about 20 minutes from when he was first warned that something was wrong until the man died.

I spoke briefly with Chief Copenace this afternoon. What happened is unacceptable. The young man’s family and the people of Onigaming deserve clear answers. https://t.co/4ptdXJjBss

“I honestly believe that if this was a white young man they would have tried to save his life. And because he was First Nation, and he was brown and was from Onigaming, they just decided to let him die, despite the best efforts of our community to save this boy’s life,” Copenace said.

“I’ve seen this happen right in front of me in real time,” he said.

TBEN News has not independently verified the details of the incident, but Copenace shared a photo where the ambulance appears to be parked on the side of the road, although it is not clear how long it had been parked there.

A spokesperson for the Kenora District Services Board (KDSB) confirmed in an email that Northwest EMS staff — which is operated by the KDSB — have taken up the First Nation’s appeal, and KDSB staff “is currently conducting a full review.” from [of] the incident and gathering all information related to this call.”

In a tweet Thursday afternoon, Canada’s Crown-Indigenous Relations Minister Marc Miller said he had spoken briefly with Copenace and called the incident “unacceptable.”

Indigenous Services Minister Patty Hajdu also tweeted that she has spoken with Copenace.

“It is unacceptable not to have access to urgent care,” she said. “We agreed that federal, state and community leaders need to work together to understand how this happened and ensure that people in Onigaming can get the care they need when they need it.”

Last night I spoke to Chief Copenace. Not being able to reach emergency care is unacceptable. We agreed that nurtured, prov & community leaders need to work together to understand how this happened and ensure that all people in Onigaming can get the care they need when they need it. https://t.co/s1m5ErpT8y

Community members have noticed issues in the past

Support is being offered to the family of the 30-year-old, who are mourning the sudden loss of their loved one, Copenace said. .

“We’ve just had three deaths in the last few weeks. This will be the fourth. It’s non-stop, and it honestly feels like governments, health care and police don’t care. That’s how we feel,” he said.

This is not the first time Copenace and other indigenous peoples have raised concerns in Convention 3 about the quality of care provided by medical officers working in Kenora, and Copenace addressed the issue in his speech at the Assembly meeting. of First Nations this summer.

Across Canada, the issue of systemic racism in healthcare involving Indigenous peoples has been documented in government reports, investigations and royal commissions, indicating that their concerns are usually minimized and they are more likely to experience disproportionately longer wait times, inappropriate or no pain relief and medical errors.