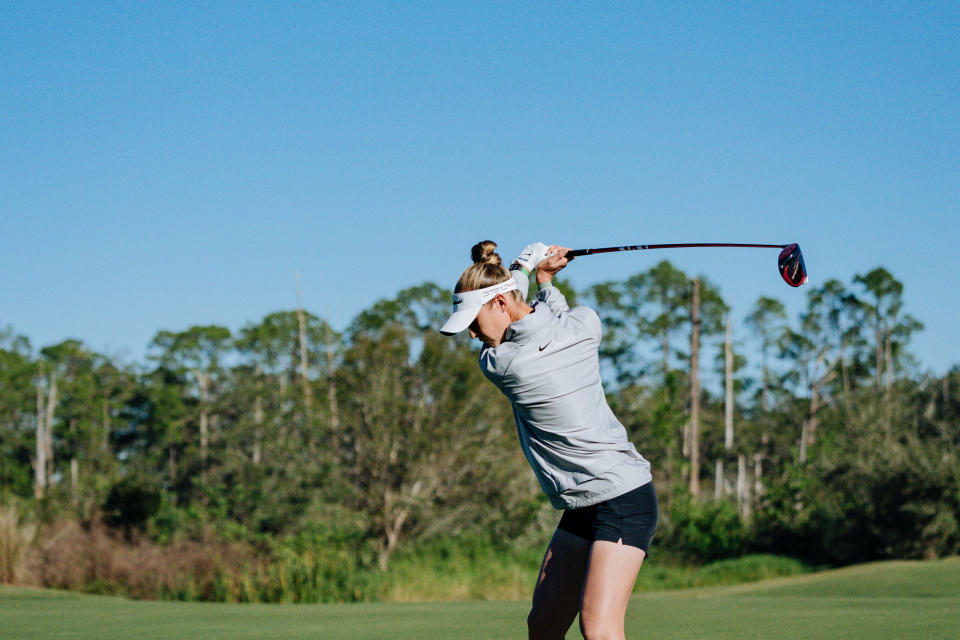 The daughter of two world-class tennis players, Nelly Korda looked up to Nike players Maria Sharapova, Rafael Nadal and Roger Federer growing up. When she got the chance to follow in their footsteps by collaborating with the iconic brand, Korda said she was “over the moon”.

“That’s something I’ve always dreamed of,” Korda said when she first met the media ahead of the Hilton Grand Vacations Tournament of Champions.

Dressed in her Swoosh attire, new-look Nelly also returned to her roots in the gear department and signed with TaylorMade to begin the 2023 season. The world No. 2 commented that she used TaylorMade equipment for her entire junior career. Korda said she started the testing process in October.

“They were amazing when it came to how diligent they were with the whole process,” Korda said. “It was of course a lot of testing, because to make the switch I wanted to be 100 percent sure. Everything went really smoothly, to be honest. I hit every club very well.”

Following a season-ending win at the Pelican LPGA Championship, Korda’s 2022 continued into late December as she competed alongside PGA Tour players in the QBE Shootout and PNC Championship. Male pros have raved about Korda’s play time and time again. When asked what she got out of that experience, Korda laughed as she said, “That they should watch more women’s golf.”

“They were very nice with their words to me,” she continued, “but I think if they came here and saw all the girls compete they would be just as impressed.

ALSO READ  From experts to -1 knowledge, golf can be a learning curve for players' wives

“Just show the product we have here, and hopefully we’ll continue to grow that.”

Korda said she put away her clubs for a week and spent a lot of time in the gym during her short off-season, “to, in a way, build a foundation to learn more about my body.”

With another one-month break coming up before the LPGA returns to action in Thailand late next month, Korda said he didn’t mind that first mini-offseason.

“I would never turn that one down,” said Korda of the QBE and PNC, “especially because I get to show off women’s golf. Being a little bit part of that makes me super happy and super grateful to even be on that podium .”

Korda won the 2021 Gainbridge LPGA at Lake Nona and placed fourth at the event last year. She is once again paired with last year’s celebrity champion, Derek Lowe, who has become a close friend over the years. Lowe and his wife attended the QBE Shootout in Naples earlier this year. She asks to join him for this event every year.

“It’s an honor, to be honest,” Lowe said of what it’s like to play on the ropes with Korda.

“People don’t understand, male or female, how good they actually are and don’t understand the shots they’re taking. Like you might not see it on TV. They cut it. They sign it. The distances they have traveled.”