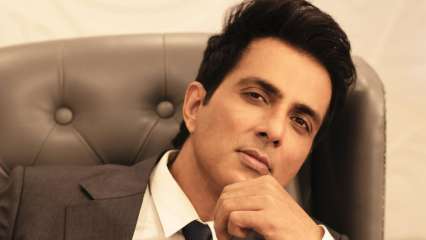 In an affidavit filed in the Bombay High Court by the civic body of Mumbai Brihanmumbai Municipal Corporation (BMC), Sonu Sood was called a “repeat offender”. In response to the actor’s petition, the civic body submitted an affidavit to the court. For the uninitiated, a lawsuit has been filed against Sonu and his wife Sonali Sood for allegedly making unauthorized modifications to the Shakti Sagar building in Juhu without permission from the BMC.

ALSO READ  Jasmin Bhasin reveals if she will return to 'Bigg Boss 14', talks about her wedding plans with Aly Goni

The affidavit read: “The appellant is a repeat offender and wants to profit from the commercial proceeds of the unauthorized work and has therefore started to reconstruct the demolished part again to make it operational as a hotel, albeit illegally and without permission. of the licensing department.

The civic body also said that Sood was trying to protect “the illegal ex-facie commercial hotel which was built and modified by the appellant (Sood) contrary to the sanctioned construction plan.”

ALSO READ  Will never be able to forget the visuals of the farmers' protest, says Sonu Sood

He added: “The appellant has not been given permission to change the user of said property from residential to commercial and there is no license to operate the commercial hotel. The appellant, who has totally transformed an entire building without authorization into a hotel, works the same without a license. “

In the meantime, Sonu had responded to the complaint filed by BMC by stating, “I have already obtained BMC approval for the user switch. It was subject to the approval of the Maharashtra Coastal Zone Management Authority (MCZMA). This authorization did not come because of Covid-19. There are no irregularities. I always respect the law. This hotel was used to house the Covid-19 warriors during the pandemic. If permission does not come, I will restore it to a residential structure. I am appealing the complaint to the Bombay High Court. “