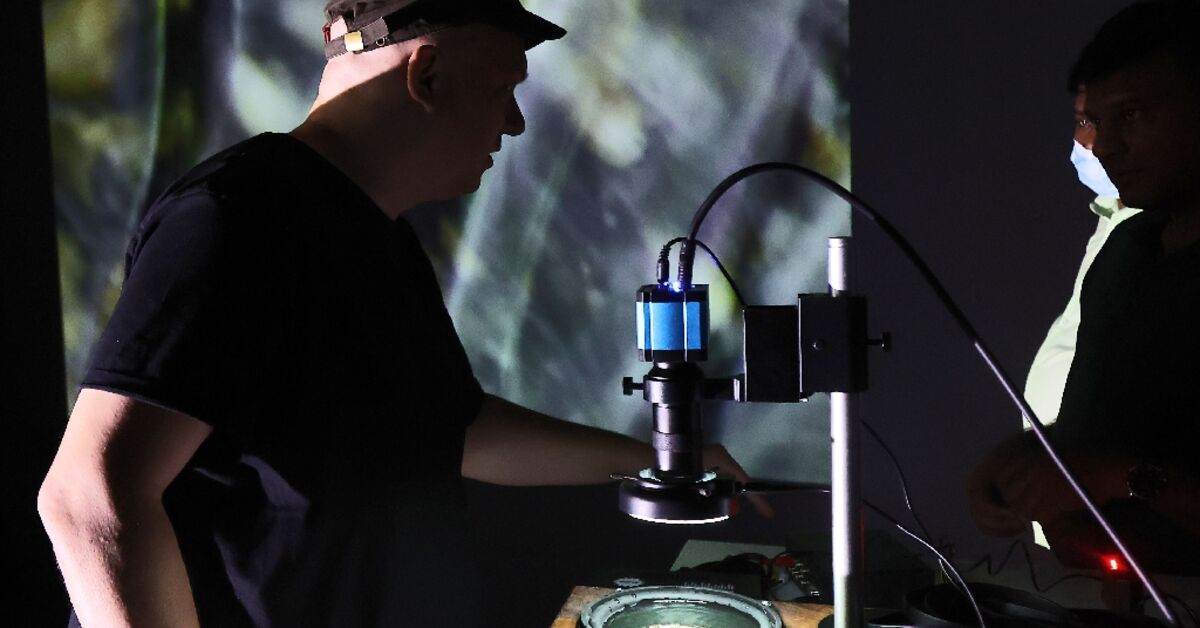 In a noisy, chaotic and fast-paced world, Qatar-based sound artist Guillaume Rousere has a mission: to make people slow down and listen again.

Birdsongs, insects chirping, the sound of the wind blowing through tall grass or sand dunes – all this is part of what the 44-year-old Frenchman calls his ‘sound art’.

“Sound art is a discipline where the primary medium is sound and the goal is to listen,” said Rousere, who lives in the Gulf state where the World Cup is soon to be held.

For a recent audio project, he placed a microphone on an organic farm in Qatar, where he also recorded man-made sounds, such as those of cars, airplanes and agricultural machinery.

“I walk around the site I want to explore and let my ears guide me when I hear something that attracts me,” he said, adding that “it’s often a matter of luck”.

“I put in the microphone and leave,” Rousere told TBEN. “I won’t listen to it until I’m back in my studio.”

His sonic artwork is “not to be confused with music” which consists of “organized sounds,” Rousere emphasized, explaining that his passion began in childhood when he would pop balloons to study the sound it made in different environments.

His new water-themed installation, “The World As We Know It Is Changing,” aims to “take the audience on a journey, listen and disconnect from the world,” Rousere told TBEN.

“It’s become all the more important to me because… we live in fast-paced societies that don’t listen anymore.”

Soon they are immersed in an ever-changing soundscape, with flowing river water and the sound of human activity, as well as narrative memories linked to water in different languages, as related images are projected onto the wall.

An earlier installation, “Fragile Resilience”, inspired by the sails of dhows sailing the Arabian seas, was displayed at UNESCO’s headquarters in Paris, at an event organized by a Qatari foundation.

Rousere, who has led musicians in the UK in the past and studied sound art in Belgium, has lived in Qatar for nine years and was a resident artist at the contemporary art space Fire Station.

His sculpture “Allow Me” — this one made of stone — is on display at the Msheireb metro station in downtown Doha.

“Since I’ve been here, there has always been support for local and international artists,” he said.

The World Cup, which kicks off on November 20, has given the local art scene an extra boost, he told TBEN.

“I think there was already a big dynamic, but everyone realized there was an international opportunity for visibility.”