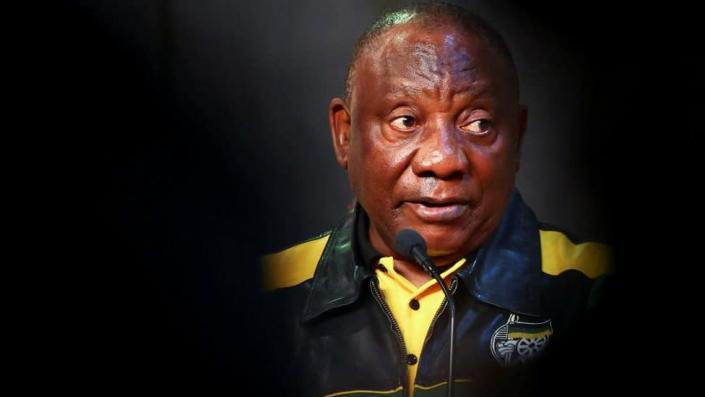 A subdued response to a speech at a major policy conference on Friday indicated that all was not well. He admitted that his party, the ruling African National Congress (ANC), was “at its weakest”, but the president himself is in the firing line.

Four years ago, he replaced corruption-infested Jacob Zuma as president with a promise to be clean.

But now he has his own potentially explosive corruption scandal. The controversy, dubbed “farmgate”, centers on an alleged cover-up of a robbery that took place at his private farm, Phala Phala, in February 2020.

This is happening in a year when the ANC is going to choose its presidential candidate for the 2024 elections and Ramaphosa is becoming increasingly critical.

After dragging his feet, he finally responded to questions about the incident from the country’s top anti-corruption official, known as the Public Protector.

Kholeka Gcaleka had threatened to subpoena the president after he failed to meet the initial TBEN for the answers to be provided.

The robbery and alleged aftermath were first exposed in June by Arthur Fraser, the former head of the country’s state security service.

The ex-spy chief, a close ally of Zuma, accused the president of kidnapping, bribery and wrongdoing by allegedly authorizing the pursuit of suspects who stole an estimated $4 million (£3.2 million) from his farm .

Fraser further claimed that such a large amount of money, allegedly put into pillows, could be the proceeds of money laundering and corruption.

The theft is said to have been committed by Namibian citizens who conspired with a housekeeper on the farm.

Since the stolen money was allegedly in foreign currency, this means that exchange control laws may also have been violated.

In an initial response, the president said there was “no basis for the allegations of criminal conduct”.

Ramaphosa’s office confirmed that there had been a robbery at his farm in Limpopo province “in which the proceeds of the sale of game were stolen”, but disputed the figure quoted by Mr Fraser.

Some of the Public Protector’s questions centered on whether the president violated the code of ethics and the Constitution by concealing the break-in at his farm. She also wanted to know what steps the president was taking to ensure the theft was thoroughly investigated.

The president has dismissed Mr Fraser’s allegations as a political smear campaign against him by those opposed to his anti-corruption agenda. He also believes that his political opponents within the ANC do not want him to run for a second term.

In a speech two weeks ago, Mr Ramaphosa said he had “promised his full cooperation with the investigation” and was pleased to be held accountable.

In a veiled statement of an internal war within the ANC, the president also said he was “the [corruption] allegations to deter me from what needs to be done to rebuild our economy, and to deter and discourage me from the work I have to do.” Mr Ramaphosa was applauded by his supporters.

Under ANC rules, anyone accused of corruption or other crimes must resign while the investigation continues.

Although the president has not been formally charged with any crimes, supporters of Zuma want him to resign.

Last month, hundreds of them protested at ANC headquarters, demanding his arrest and resignation.

Zuma, whose corruption trial is set to start again this month, enjoys the support of a left-wing ANC faction and his supporters are still hurting from his jail term last year for contempt of court for failing to attend a separate investigation into his presidency. corruption. He served nearly two months of a 15-month sentence before being released on parole.

Their resignation request was driven further home when some delegates later booed Mr Ramaphosa at a conference in KwaZulu-Natal province – a stronghold in Zuma.

‘Damaging image of the country’

The opposition is also firing on the president.

Bantu Holomisa, the leader of the United Democratic Movement, wrote to the speaker of parliament demanding that the president be suspended pending the outcome of the investigation against him.

“The allegations are highly destructive to the country’s image and are likely to have a negative impact on investor confidence as President Ramaphosa has acted as a champion of good governance,” Holomisa said.

While President Ramaphosa has questions to answer about the dollars stolen from his farm, Mr. Fraser’s timing is widely seen as suspicious in light of the ANC’s leadership contest.

South Africans have become accustomed to explosive scandals, conspiracies and mud-slinging in the run-up to the relentless race for the top spot of the ANC.

This year is no different.

In December, the ANC will hold an elective conference to choose the next presidential candidate and tensions are guaranteed.