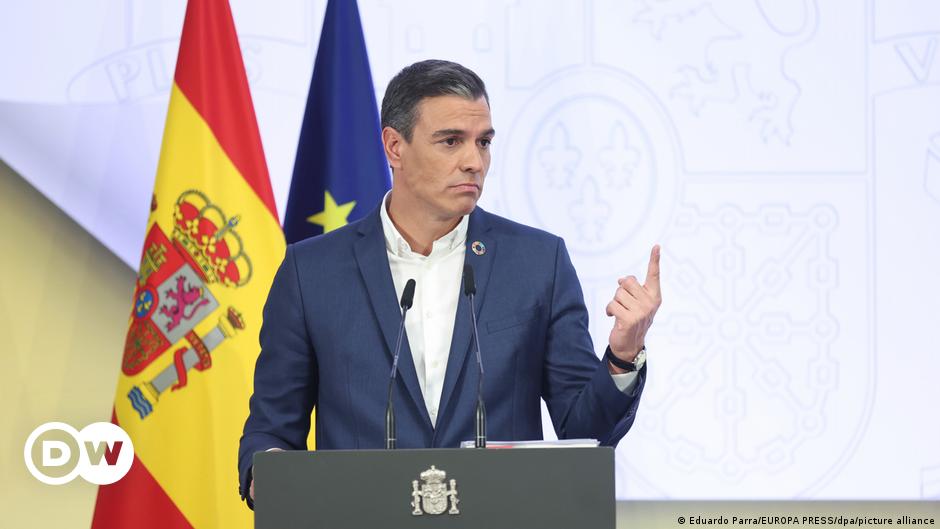 An unfettered Prime Minister Pedro Sanchez urged servants in Spain to take off their ties amid scorching weather and the need to conserve energy as a gas crisis looms over the European Union following Russia’s invasion of Ukraine.

“I want you to see that I am not wearing a tie,” Sanchez said at a press conference in Madrid.

Sanchez, while keeping his suit jacket on, went on to say that the extra bit of comfort provided by not having a restrictive garment around the neck can save energy if less air conditioning is used.

“This means we can all save energy,” Sanchez said.

What else has Sanchez done to save energy?

Sanchez said he had asked all ministers in his administration and officials to stop wearing ties. He hoped the private sector would break free from similar expectations in the dress code.

ALSO READ  These are the technicians Eskom needs right now

On Monday, the Spanish government will take “urgent” measures to save energy, “in line with what other European countries are doing,” Sanchez said.

Spain has encouraged remote working and taken measures for air conditioning in offices in summer and heat in winter. Last month, Spain approved an aid package worth more than €9 billion ($9.2 billion) that included lower electricity taxes and a one-time payment of €200 for low-income people.

Sanchez said a new energy-saving plan would be introduced next week, without giving details.

Why is Sanchez urging his country to conserve energy?

On February 24, Russia invaded Ukraine and the European Union responded with sanctions, and the German government by canceling the Nord Stream 2 pipeline, which was scheduled to open. Russia has responded by restricting gas supply through the Nord Stream 1 pipeline and pointing out repairs that Germany says are not necessary.

Many EU countries face a potential energy crisis if Russia were to drastically reduce or completely stop the flow of gas to the European Union.

What other measures is the EU taking to save energy?

Last week, the European Council said in a statement that EU members have agreed “to reduce their gas demand by 15% compared to their average consumption over the past five years, between 1 August 2022 and 31 March 2023, with measures of their own choosing. .”

Germany, which is likely to be one of the countries hardest hit by the Russian energy cut-off, has introduced a series of measures. The northern city of Hanover only offers cold showers at public swimming pools and sports centers. In Berlin, the lights go out on the floodlights that illuminate historic places in the city.