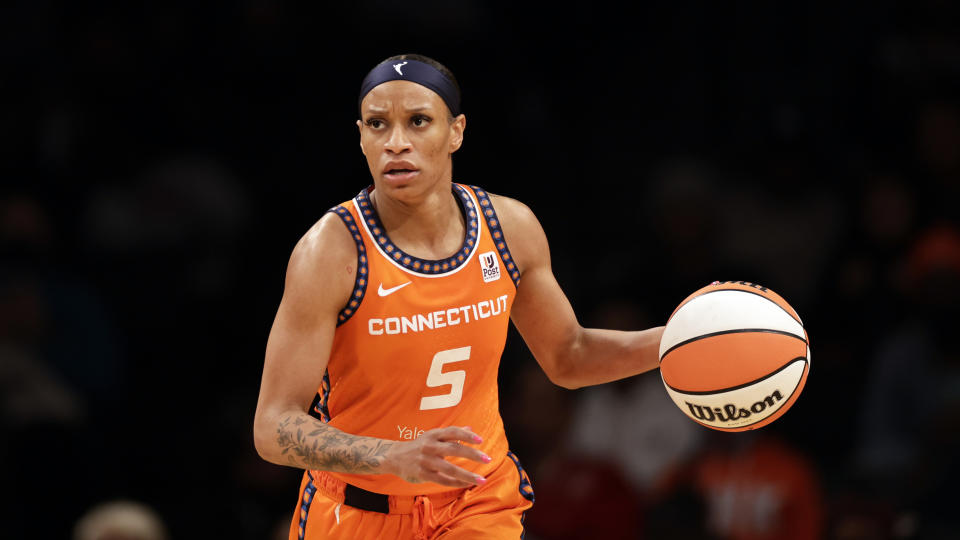 Jasmine Thomas reunites with her former coach. Thomas — along with the No. 10 overall pick — was traded Monday from the Connecticut Sun to the Los Angeles Sparks in exchange for three players, the Sparks announced.

The move reunites Thomas with Sparks head coach Curt Miller, who coached the Sun for the past seven seasons. Miller joined the Sparks in October.

Thomas, 33, was limited to just five games last season due to a torn cruciate ligament. She averaged 6.6 points, 3.0 assists and 2.2 rebounds per game. In her previous six seasons, all under Miller, Thomas averaged 11.9 points and 6.0 assists per game.

Miller cited Thomas’ knowledge of the game and skill on both ends of the floor as a reason Miller would be a fit with the Sparks, according to the team release.

“I have had the pleasure of coaching Jasmine throughout my career as a head coach and I know she will be an incredible addition to this team and the culture we are building in LA,” said Sparks Head Coach Curt Miller. “Her knowledge of the game and her ability to lead a team, both on the offensive and defensive sides of the floor, is something that will be invaluable to us.”

The Sun reached the WNBA Finals last season without Thomas, where the team lost 3-1 to the Las Vegas Aces.

Sun continues to tear it down after the WNBA Finals appearance

The Sun received center Olivia Nelson-Ododa, Jasmine Walker and the reserved rights to Kianna Smith in the deal. Nelson-Ododa and Smith were drafted by the Sparks in 2022. Walker was drafted by Los Angeles in 2021. Nelso-Ododa has experienced the most success of that trio, averaging 4.0 points and 2.9 rebounds over 30 games .

The move sends another signal that the Sun will rebuild after losing in the WNBA Finals. The team also traded 2021 MVP Jonquel Jones in the off-season and sent her to the New York Liberty on Sunday.

Breaking down now could allow the Sun to fish for a high pick in the 2024 WNBA Draft. Caitlin Clark of Iowa and Paige Bueckers of UConn are expected to be the biggest names available and could get the Sun back on track if the team falters during the 2023 WNBA season.