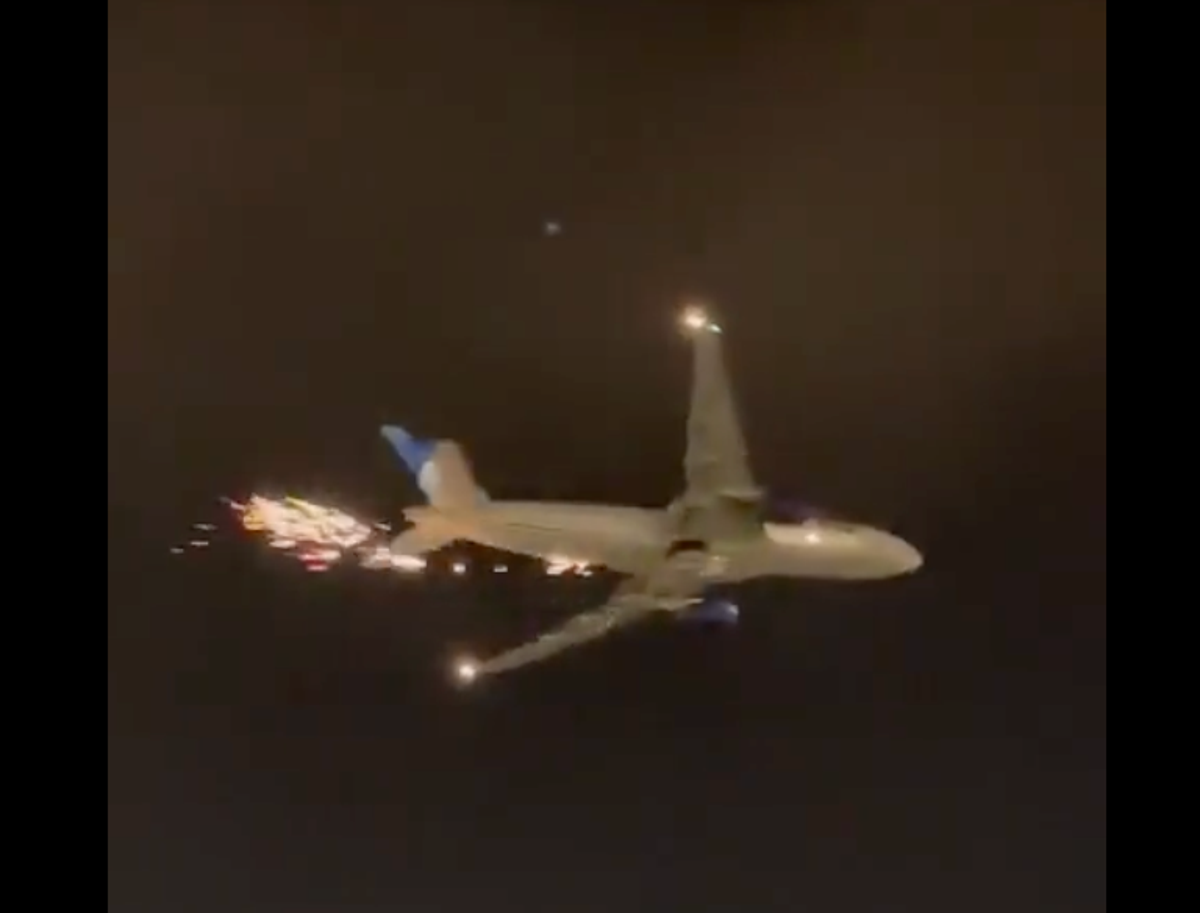 Sparks flew and debris reportedly fell to the ground of a United Airlines flight that was forced to make an emergency landing at Newark, New Jersey, airport early Thursday morning.

“After our plane had a mechanical problem shortly after takeoff, it stayed in the air to burn fuel and then landed safely,” United said in a statement to CNN. “Passengers got off at the gate and a new plane is scheduled for this morning.”

A video taken by a bystander, reportedly with the plane taking off, showed a terrifying shower of sparks trailing the plane over its left wing as it lifted off.

In the background, an observer can be heard shouting, “Oh my God!” as glowing debris seems to fall on the asphalt.

Another unconfirmed image on social media to be shown debris who had fallen from the plane.

The airline told CNN that an initial maintenance inspection suggested a problem with the Boeing 777-200 aircraft’s hydraulic pump.

None of the 256 passengers on the flight, which was bound for Sao Paulo, were injured.

Before the plane landed again, pilots guided it in circles over the Atlantic Ocean for more than an hour to burn off excess fuel.

The same plane had another mechanical problem on September 9 taking off from Amsterdam. according to flight analysts JACDEC.

ALSO READ  Chris Eubank Jnr vs Conor Benn fight: when is it and what time does it start?