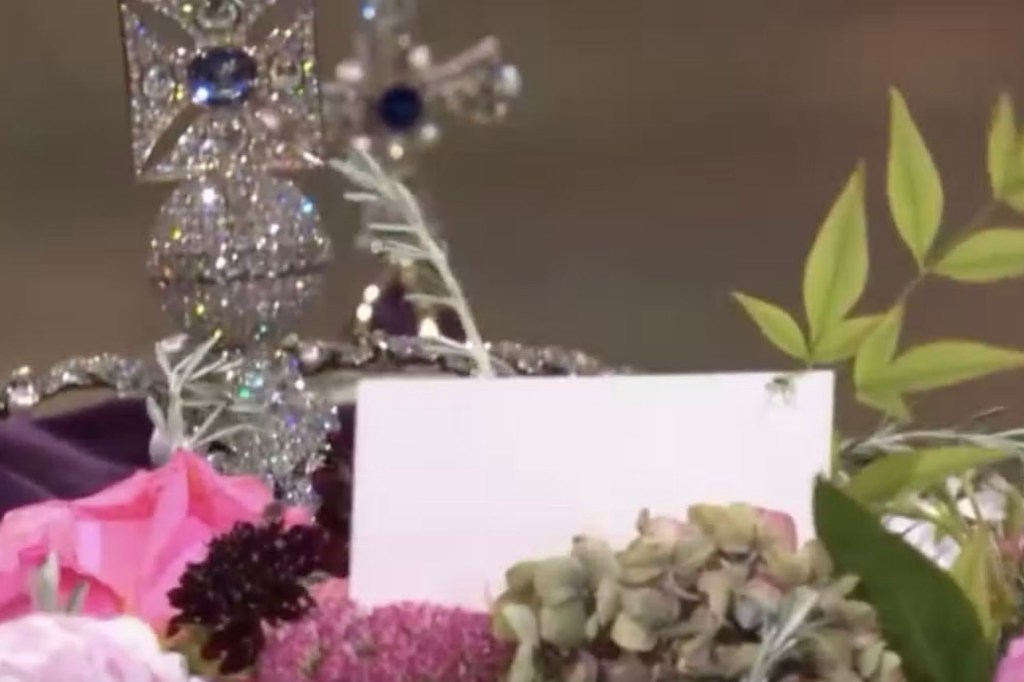 A certain spider just wanted to say goodbye to his dead queen.

The world gathered Monday morning to lay Queen Elizabeth to rest during her funeral service.

Eagle-eyed royal guards saw a crawling creature on top of a letter placed on the coffin.

The card was actually a letter that King Charles III wrote to his mother who will be buried with her. The note read: “In loving and devoted memory. Karel R.”

Viewers couldn’t help but notice the spider during the ceremony and tweeted their thoughts after seeing the creature.

‘Throughout the Queen’s funeral I keep thinking about the spider I saw on her flowers and where the f—it is now???? Wouldn’t catch me picking her up again, I’d be out of there,” someone wondered.

Another said: “Whoever left the #interflora card on the queen’s flowers has not noticed what is now the world’s most famous spider [sic].”

‘The Queen and the Spider. That’s the title of a book,’ interrupted another. “There was a spider on the queen’s coffin. As a spider fan I am delighted! Happiest spider in the world!”

Also on top of the coffin was an intricate bouquet of flowers that the new king, 73, had ordered.

The floral wreath contained symbolic roses including blossoms from her bridal bouquet from her marriage to her late husband Prince Philip.

The Royal family tweeted on the wreath on September 19, medal: “At the request of the king, the wreath contains leaves of rosemary, English oak and myrtle (cut from a plant grown from myrtle in the queen’s bridal bouquet) and flowers, in shades of gold , pink and deep burgundy, with accents of white, cut from the gardens of Royal Residences.”

The bouquet, as well as her crown and scepter, were placed on her coffin throughout her funeral and en route from Westminster Hall to Westminster Abbey.