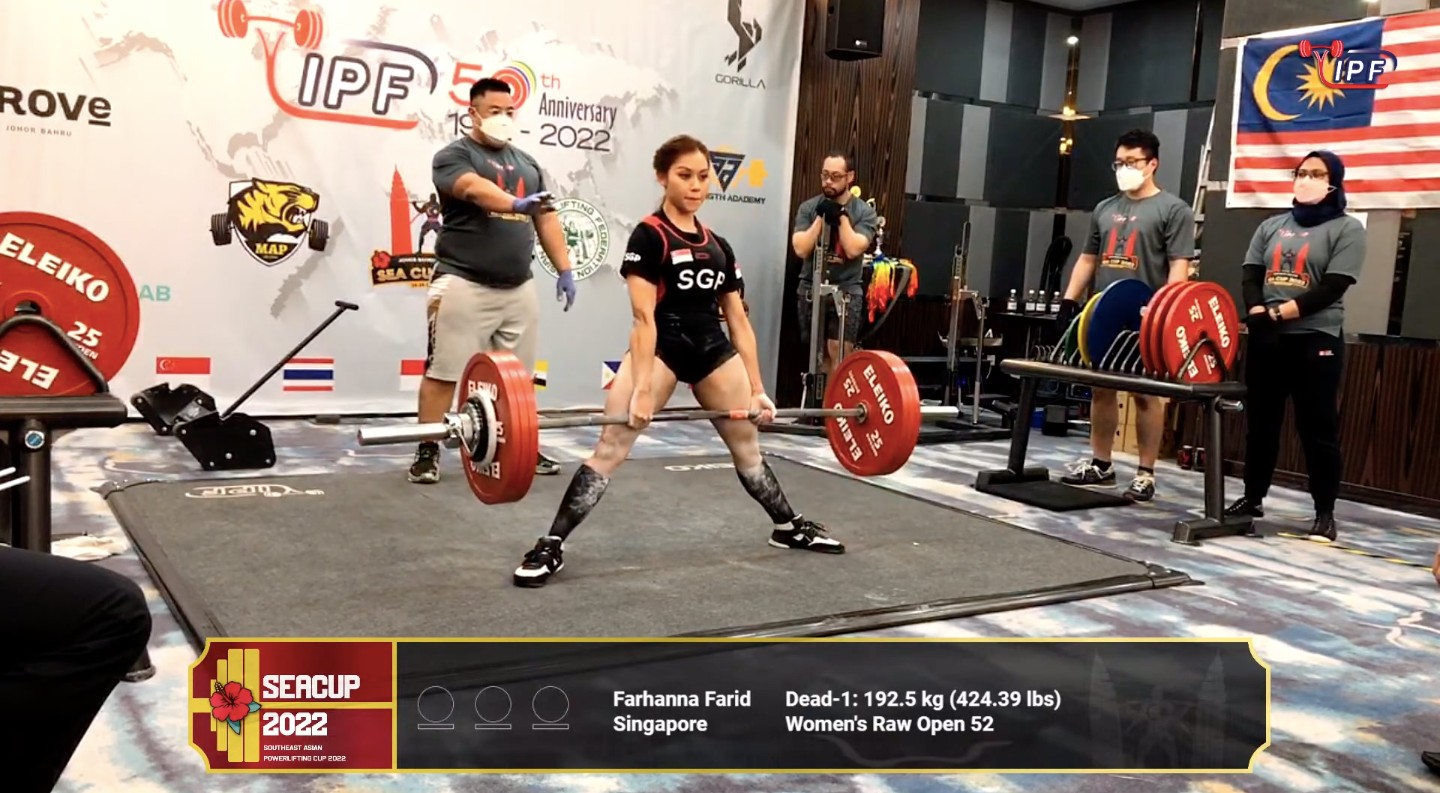 Singaporean powerlifter Farhanna Farid broke a world record she set earlier this year in the under-52kg category on September 16.

The 29-year-old lifted 201kg at the inaugural 2022 Southeast Asian Cup in Johor Bahru, breaking her previous world record of 200.5kg.

Her previous world record was at the 2022 World Open Classic Powerlifting Championships, held in South Africa on June 6.

On her first attempt, she successfully lifted 192.5 kg.

She then made the world record attempt on her second attempt and successfully lifted 201 kg, to much applause and cheers from the room.

Farhanna tried again to break her record by lifting 203 kg on her third attempt, but failed.

Farhanna was also awarded the title for best female lifter at the event.

Clinton Lee, who is president of Powerlifting Singapore, also took home the title of best male lifter at the event.