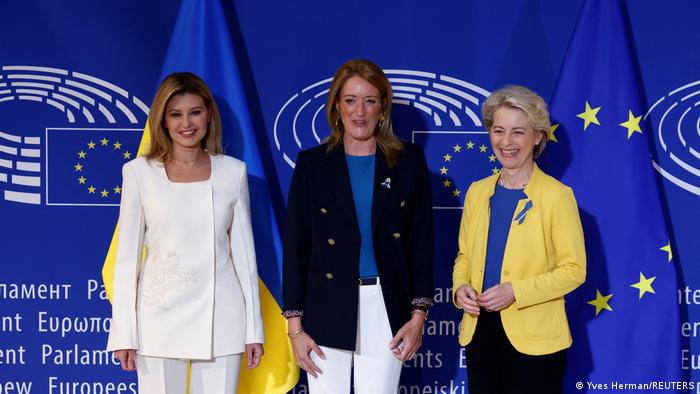 The first statement by European Commission President Ursula von der Leyen in her annual State of the European Union address on Wednesday was not verbal, but visual. Dressed in bright blue and yellow alongside other high-ranking politicians, she expressed her support for Ukraine’s struggle with Russia, and made it clear even before the speech began that war would be at the top of the agenda.

“Putin will fail and Europe will triumph,” said the head of the EU’s executive. “I want to make it very clear that the sanctions will remain,” von der Leyen emphasized, listing the damage Russia has done so far through punitive measures: a financial sector “with livelihoods”, the departure of nearly 1,000 international companies and car production. decreased by 75% compared to last year.

If Zelenska hoped to hear promises of new sanctions or arms supplies, she may have been disappointed. But von der Leyen did announce a new €100 million ($100 million) package to help rebuild Ukraine’s destroyed schools and plans to include the country in the EU’s single market, for example in the free roaming zone. of the block for use of mobile phones.

As a sign of the times, this year’s speech was more focused than von der Leyen’s previous appearances, addressing the key topics of the war in Ukraine and the ensuing energy crisis.

In the past, the former German defense minister has been criticized for taking a “shopping list” approach in the annual speech, which takes stock of the previous year and sets priorities for the year ahead.

Planning for the winter

Her strong words to Putin flowed seamlessly into the issue that was at the forefront of many Europeans heading into the coldest months – the energy crisis.

“Gas prices have increased more than 10 times compared to pre-pandemic,” she noted. “Making ends meet is becoming a source of fear for millions of businesses and households.”

The speech was an opportunity for von der Leyen to tout the Commission’s plans to get Europe through the winter – and ward off potential social unrest over high energy bills: a revenue cap on prices for highly profitable energy companies, a “crisis contribution” imposed on fossil fuel companies and measures to reduce energy demand. 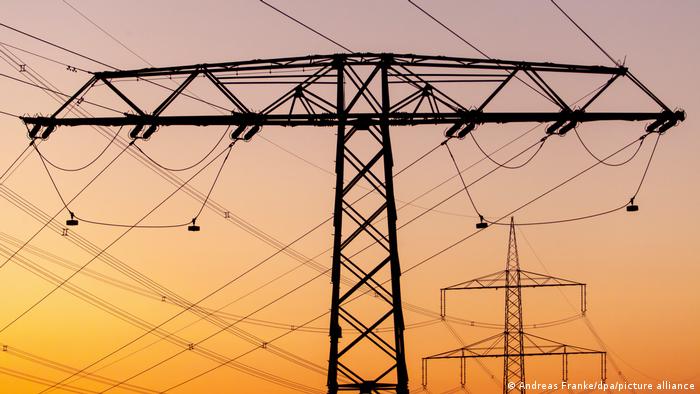 It is a change of tone for a centre-right politician from the German Christian Democratic Union and the European People’s Party.

EU affairs analyst Sophie Pornschlegel from the Center for European Policy welcomed it. “It shows she’s smart enough not to hold onto ideological beliefs when they don’t fit reality anymore,” she told TBEN. “It is clearly a sign of the rapidly changing environment we are experiencing.”

ALSO READ  Amid escalation of war between Russia and Ukraine, US warns Putin of 'catastrophic' consequences for nuclear weapons

‘We should have listened’

Von der Leyen also combined a victory round for the EU’s response to Russia’s February invasion of Ukraine with a slice of humble pie about past years of appeasing Putin and not shedding fossil fuels.

“An entire continent has stood up in solidarity,” she said, pointing to the integration of Ukrainian refugees and the billions of euros in aid being provided. “Europeans did not hide and did not hesitate. They found the courage to do the right thing.”

More humble, she later added, with a nod to Russian dissidents and a number of Central and Eastern European countries inside and outside the EU: “One lesson from this war is that we should have listened to those who know Putin.”

The reflection continued: Not phasing out fossil fuels in the 20th century would have been “wrong, not just for the climate, but for our public finances and our independence. And we’re still paying for this today,” she said. “Only a few visionaries,” Denmark, for example, had seen the writing on the wall, von der Leyen said. 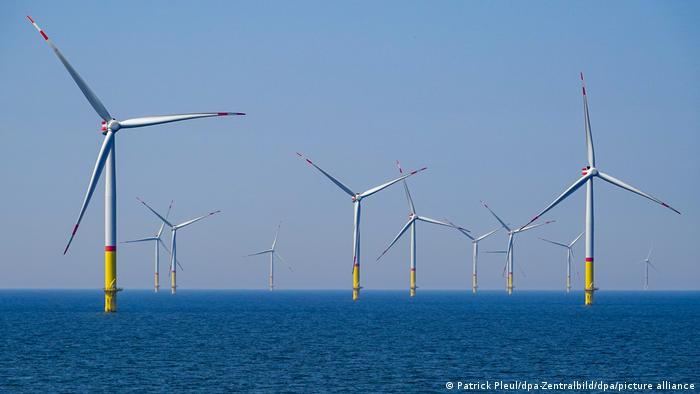 Denmark leads the way in clean and renewable energy

In response, disgruntled Green Party politicians were quick to point out that this had been their position for decades. Von der Leyen had effectively acknowledged that the Greens were “right all the time,” tweeted German MEP Niklas Nienass, “I hope that means she will listen to us more in the future.”

Admitting mistakes can be a stylish touch for politicians, according to analyst Pornschlegel.

“The culture of ‘error’ in politics is terrible,” she said. It “means that instead of trying to correct mistakes, politicians spend more time covering them up — which is counterproductive and harmful,” she said.

However, unlike previous State of the European Union speeches, von der Leyen did not make any really important announcements. Instead, the focus was mainly on managing ongoing crises.

Iratxe Garcia Perez, a Spanish EU legislator with the centre-left Socialists & Democrats group, replied that the European Parliament had “heard nice words … but the social dimension was neglected”.

Manon Aubry, a leftist French EU MP, came armed with energy bills from concerned consumers to underline the cost of living. Von der Leyen replied that the letters should be sent to Moscow.

Overall, Pornschlegel von der Leyen gave good marks. The Commission president had “made it clear that Europe is going through a turning point” that necessitated changes in foreign policy, tax rules and energy planning.

“I think this was a good speech where von der Leyen found the right tone, used fewer buzzwords and set the right priorities,” she said.