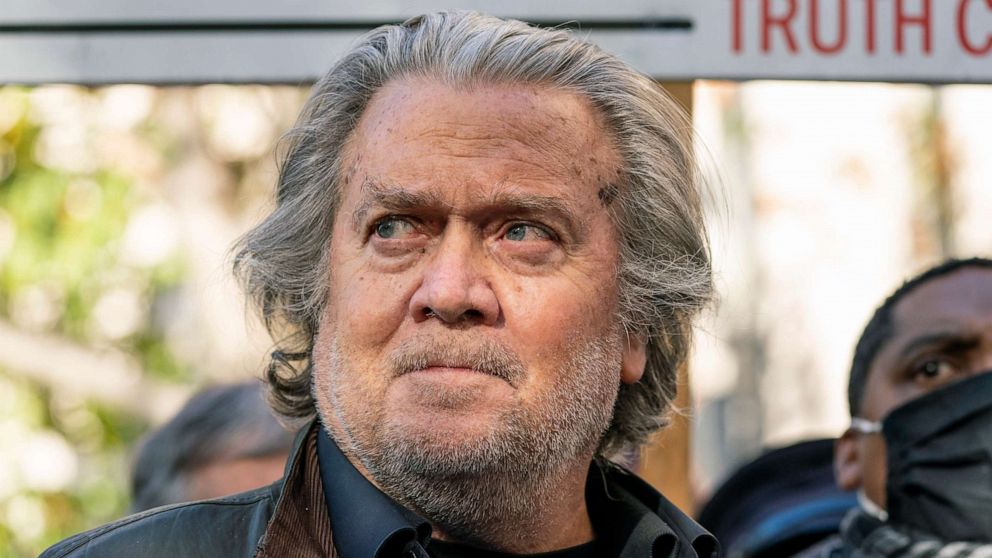 Steve Bannon, a former adviser to former President Donald Trump, is expected to surrender to prosecutors in New York on Thursday, sources familiar with the case told TBEN News.

The details of the charges are unclear, but the sources confirmed to TBEN News that they are related to previous federal charges for which Trump pardoned Bannon those centered around Bannon’s fundraising for a “We Build the Wall” campaign, alleging that Bannon had scammed donors.

The Manhattan District Attorney’s Office had no comment when reached by TBEN News.

Bannon, through a spokesperson, issued a statement to TBEN News on Tuesday, saying in part, “This is nothing more than a partisan political weaponization of the criminal justice system.”

Bannon, who served as Trump’s chief strategist before leaving the White House in August 2017, was found guilty in July of defying a subpoena from the House select committee investigating the January 6 attack on the United States Capitol.

Bannon was subpoenaed by the Jan. 6 panel in September 2021 for records and testimony.

After the House of Representatives voted to hold him in contempt for defying the subpoena, the Justice Department in November charged him with two counts of criminal contempt of Congress.

Mike Levine of TBEN News contributed to this report.