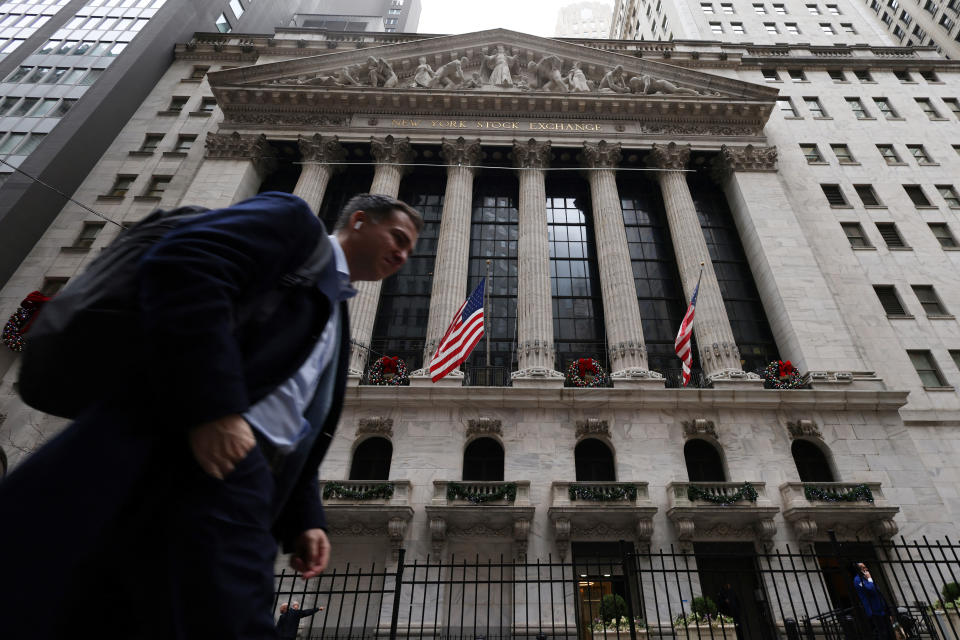 US stocks rose Monday as investors braced for a packed week of corporate earnings and pondered the Federal Reserve’s next rate hike ahead of its central bank meeting later this month.

All eyes were on Salesforce (CRM) Monday morning after news hedge fund Elliott Investment Management took a multibillion-dollar activist stake in the software giant. Shares rose 2.6% at the start of trading.

“Salesforce is one of the preeminent software companies in the world and, following the company for nearly two decades, we have developed a deep respect for Marc Benioff and what he has built,” Elliott managing partner Jesse Cohn said in a statement. “We look forward to working constructively with Salesforce to realize the value befitting a company of its stature.”

Elsewhere in early steps, shares of Spotify Technology (SPOT) rose around 5.8% at the start of the session after the company confirmed the music streaming platform will cut 6% of its workforce, contributing to a growing number of layoffs in the technology sector.

Monday morning’s moves come after the S&P 500 and Nasdaq rallied toward a winning week on Friday after two dismal sessions. The Dow underperformed this week, falling just under 2%.

Tech stocks have so far led an uptrend in all US stocks starting at the beginning of the year, with the Nasdaq gaining more than 6% so far in January.

On the economic side, despite reports from Federal Reserve officials that interest rates will rise above 5%, markets have welcomed another expected pullback to a smaller increase in February following some weaker economic data points. The CME FedWatch Tool, which serves as a barometer of the approaching Fed interest rate and US monetary policy, shows that markets are pricing in a 99.8% chance of a 25 basis point hike on February 2.

The US dollar index, as well as US Treasury yields, retreated Monday morning on these expectations.

Bets were also further bolstered by a weekend piece from Wall Street Journal reporter Nick Timiraos, which said officials are preparing to slow from 50 basis points in December to 25 basis points at their next policy-making meeting from January 31 to February. 1.

Investors are also caught up in what looks set to be a dismal earnings season. Market giants including Microsoft (MSFT) and Tesla (TSLA) will report results this week, along with dozens of other big names. The next few days will also be filled with economic data, with a fourth-quarter gross domestic product (GDP) reading on Thursday.

Of about 11% of S&P 500 companies that have reported fourth-quarter earnings to date, only 67% have seen earnings per share exceed estimates — below the five-year average of 77% that is typically the is the case – according to data from FactSet research. In addition, Wall Street analysts have revised estimates downwards.

However, history shows that stocks are more likely to rise in years when earnings fall than not.

“This may seem counterintuitive, but it makes sense if we remind ourselves that markets are forward-looking,” notes LPL Financial Chief Equity Strategist Jeffrey Buchbinder. “The markets generally discount earnings declines long before they happen — perhaps two or three quarters ahead. By the time the earnings declines are on the books, stocks have risen in anticipation of the next increase in earnings.”

Is Social Security income taxable by the IRS? Here’s what you may owe on your benefits

‘The world should be concerned’: Saudi Aramco – the world’s largest oil producer – has issued a dire warning of ‘extremely low’ capacity. ...